Lord Wishes continued the good form of our older horses when he ran out the easy winner of the 2 mile 5 furlong Handicap Chase at Cartmel.

Many of our staff are on their well- deserved holidays at the moment and after last summer’s blazing June, we are back to a normal Scottish summer.   However, we are forecast a heatwave over the next few days……. 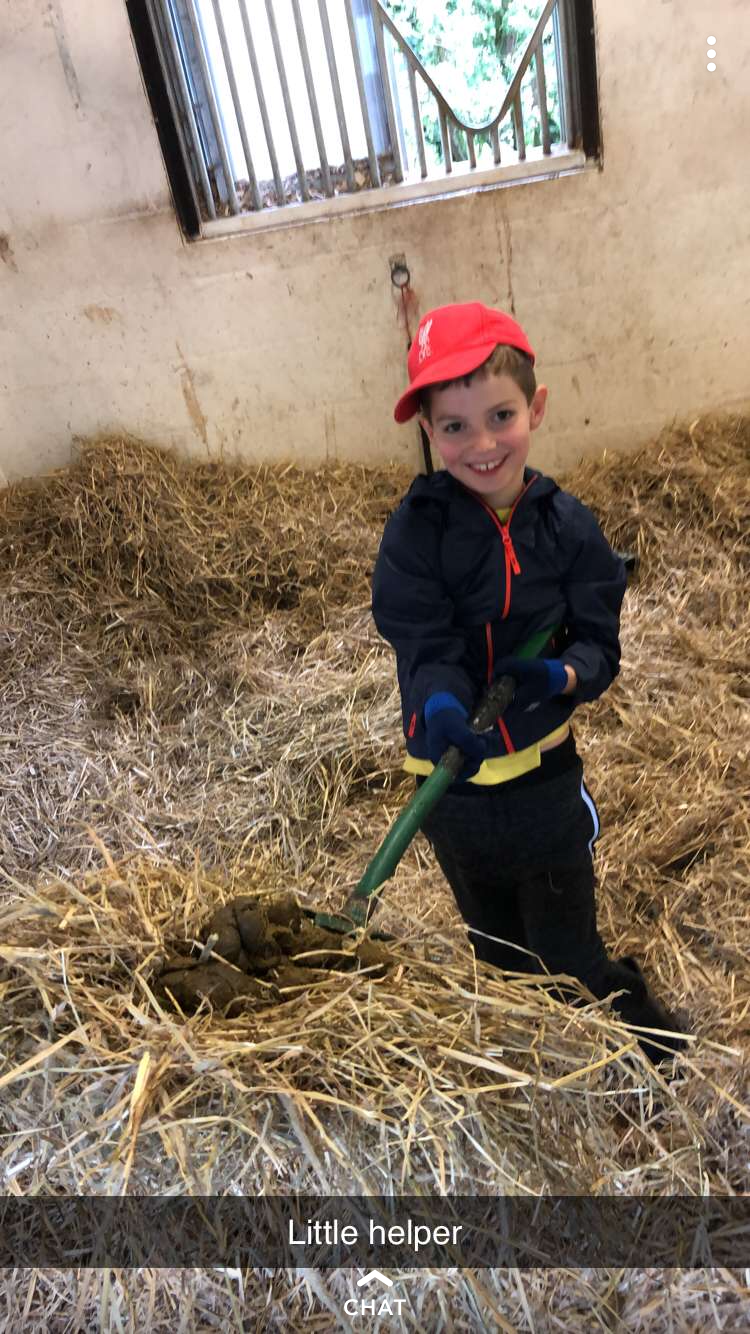 Lycidas had his first start over fences in the 2 mile Handicap Chase on Sunday 26th May at Kelso.   Ridden by Gavin Sheehan he was sent off at a furious pace in front which sapped his energy and this told in the closing stages and he finished third. However, he showed a good attitude and a more conservative ride should play to his strengths next time out.

The next day Monday 27th May, Lord Wishes was reunited with Brian Hughes for the first time since 2013 in the 2 mile 5 furlong Handicap Chase at Cartmel. He looked superb in the paddock and won best turned out and more importantly looked really happy to be racing.   Brian jumped him off in a handy position and had him jumping brilliantly just in behind the leader.   He went to the front quite a long way from home but by this time the race was over and galloping all the way to the line, he won by 14 lengths. This was his tenth win and he has been in the frame for 15 of his 36 starts. 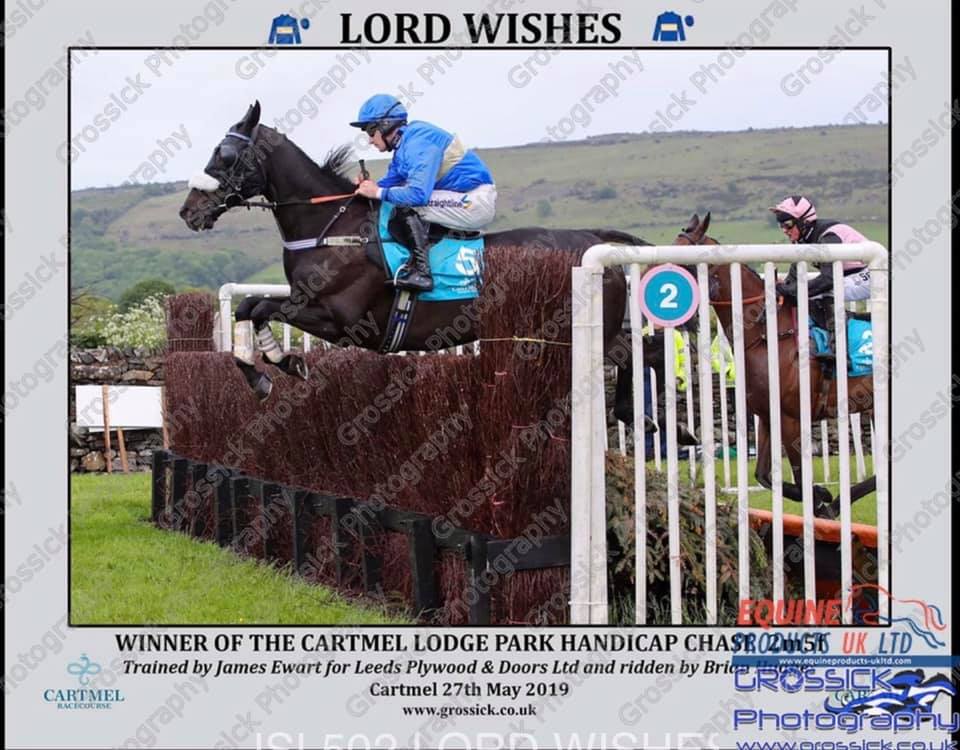 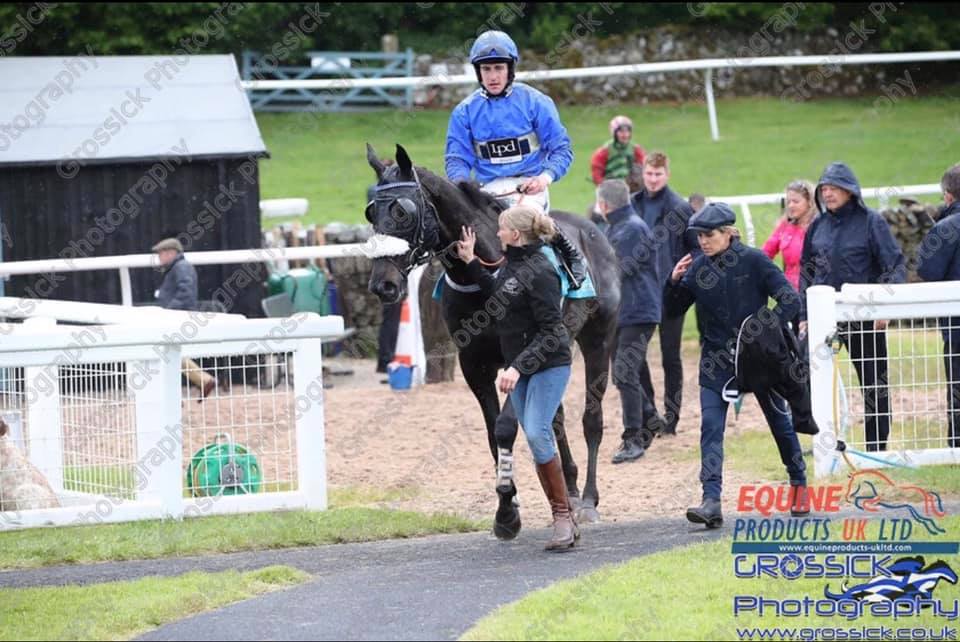 I am Dandy was tried over 1 mile 1 furlong for the first time at Hamilton on Wednesday 29th May.   His jockey Andrew Mullen was enthusiastic about his performance and reported that he loved the soft ground and thought he would stay a furlong further as he was only beaten by ½ a length to finish third.

Sleep in First ridden by Brian Hughes was having his 64th race in the 1 mile 7 furlong Handicap Chase at Hexham on Saturday 15th June.   He travelled well for most of the race but became a little outpaced four from home. He then made up some late headway to finish 5th but Brian feels that a longer trip would suit him better now as the pace of the race had him rather out of his comfort zone.   However, he has come out of the race well and still retains his enthusiasm.

I am Dandy returned to Hamilton Wednesday 19th June where he was ridden this time by Kevin Stott.   Over the same distance as his previous race but on faster going, unfortunately this time things did not go according to plan.   The race was run at a crawl and then turned into a sprint.   This did not suit him at all as he is seen at his best in a strongly run race and he was also boxed in on the rail to finish 7th beaten by 7 lengths.   He also seems to appreciate softer going

On Sunday 23rd June, Lord Wishes and Brian Hughes ran at Hexham in the 2 mile 4 furlong Handicap Hurdle. Lord Wishes led for most of the way in this competitive contest- he travelled well and his jumping was very slick but approaching the last hurdle he just found the younger rivals over the smaller obstacles too fast for him and he finished 5th.  This was another solid run.

On the same day Ueueteotl, again with Brian Hughes, ran in the 2 mile 4 furlong Handicap Chase.   Well positioned on the rail all the way round, he jumped boldly and was just in behind the leader before getting his head in front as they approached two out.   However, he just again found it hard to quicken against younger horses on the day to finish 5th.

Royal Ascot was very exciting this year with the Frankie factor lighting up Gold Cup day.   It was also interesting to see Clive Webb Carter and his wife included in the royal procession on the last day.   Clive was at Cirencester with James and Briony and has helped James source several horses including Black Pirate.

Over the coming week,we have entries coming up at Cartmel, Catterick and York.