Wishing you all a very Happy New Year! We were at Catterick on New Year’s Day with Civil Unrest who ran in the 2m Handicap Hurdle.   However, we knew as we arrived and the heavens opened with a monsoon like downpour that he would not enjoy his day out! But he looked really fantastic and very fit in the paddock so hopefully there will be another opportunity before long. He is still high enough in the weights at BHA111 and his last winning mark was 103.

We also ran Green Tikkana in the Mares Hurdle she ran a creditable race to be 4th jumping soundly so we hope she can build on this outing. She will need a handicap mark with another run in order to be competitive but she is a game mare and stays well.

Another 2 BTO 'S for Vanessa so very well done the team.

On the 2nd January we ran Sky Full of Stars who won the 2 m Handicap Chase at Ayr for Jim Gordon and Leeds Plywood and Doors. He was given a very positive ride by Henry Brooke and responded by jumping boldly and well. Going for home a long way out he seems to save his best for Ayr where the heavy ground suits and he reversed the form with the second horse Roxyfet. This was a marked improvement on his Boxing Day run at Sedgefield. 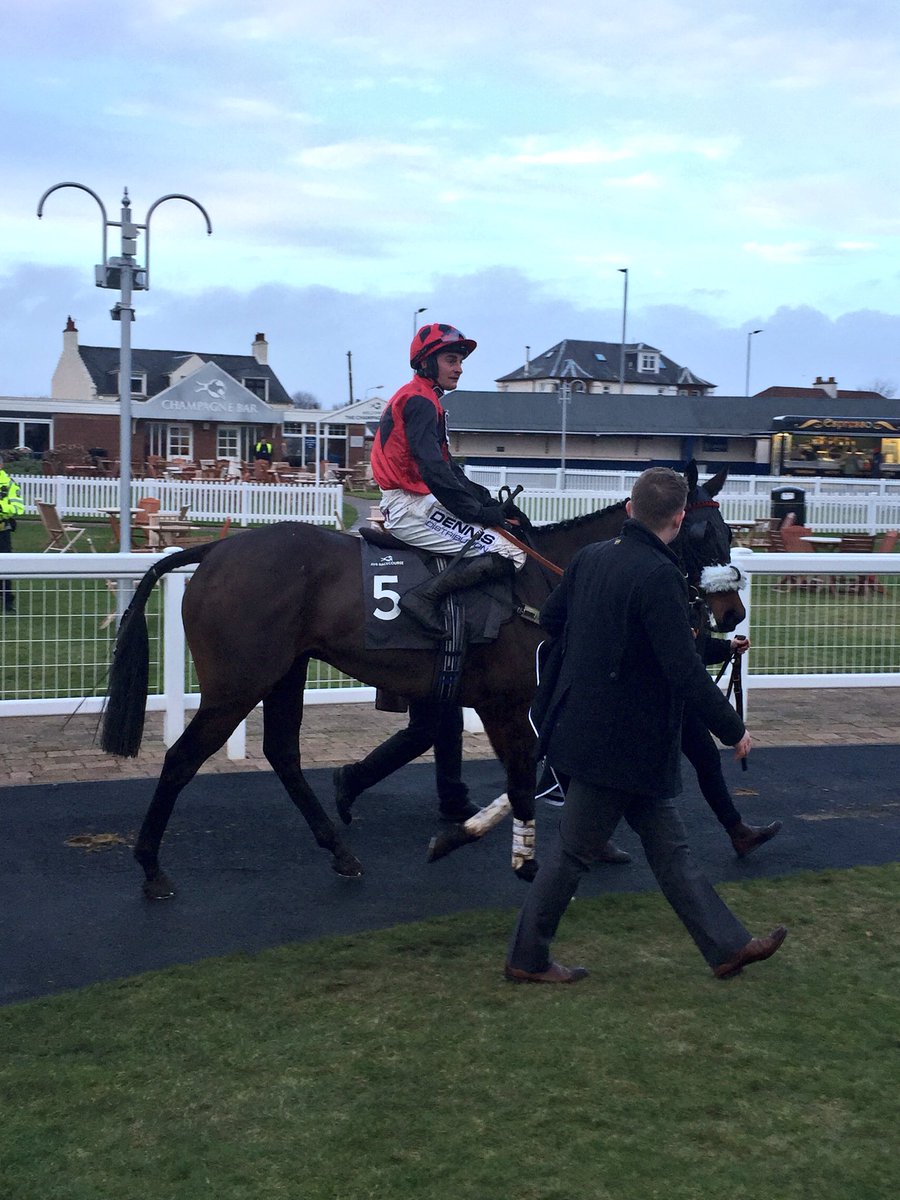 On 3rd January at Musselburgh Sleep in First tried his very best but he could only manage 5th place in the 1m7 Handicap Hurdle but with the new appearance prize money allocation he won £350!  He has to run as his handicap is currently too high but hopefully he will now drop a little in the weights as his last winning mark was 100. We also ran Detonate and Marrochino in the Bumper. Detonate will hopefully improve for the run and would appreciate better going. Marrochino will need to start the long road to obtain a handicap mark over hurdles.

We currently have entries at Newcastle, Doncaster, Ludlow and Ayr in the coming week and so potentially a busy week ahead.