It was with great sadness that we learned Malcolm Jefferson died this morning. He was without doubt not just a brilliant trainer but an especially wonderful, inspirational man and a true sportsman in every sense of the word. It is particularly poignant that he will not be able to see the results of all his hard work with possibly his best ever horse Waiting Patiently due to run at the Festival. He will be very greatly missed by us all.

On Tuesday we ran Hermanus and Bill D’Aron at Newcastle in very sticky holding conditions with strong winds making for testing racing. Hermanus ran fairly well coming 5th in a strong enough mares race and will head now to Market Rasen hopefully with some better ground.  She will be seen in a better light in a Mares handicap.

Bill D’Aron has had issues with his teeth and had been operated on last year. All his homework had been good to date - no problems - but unfortunately it seems going left handed his severe hanging is making it impossible for the jockey to steer and straighten. Bill will have to stick to right handed tracks for now to help with another bit change and possibly some headgear to help him concentrate as it is possibly more in his head now rather than feeling any discomfort.

Conditions were desperate up at Ayr on Wednesday but it was great to have the meeting on and big thanks to the Racecourse for managing to do this. But sadly it did not  make for a great spectacle nor quality racing and the Bumper turned into a bit of a procession with Sao Maxence running another good race to be second carrying a penalty. Bullion is looking a bit weak this season physically and mentally - his first season in training with us and not coping well with the current extreme conditions and so we will run him again on some better ground when it comes! This will help us try and learn a bit more about the horse’s preferences in preparation for Novice Hurdling next season. 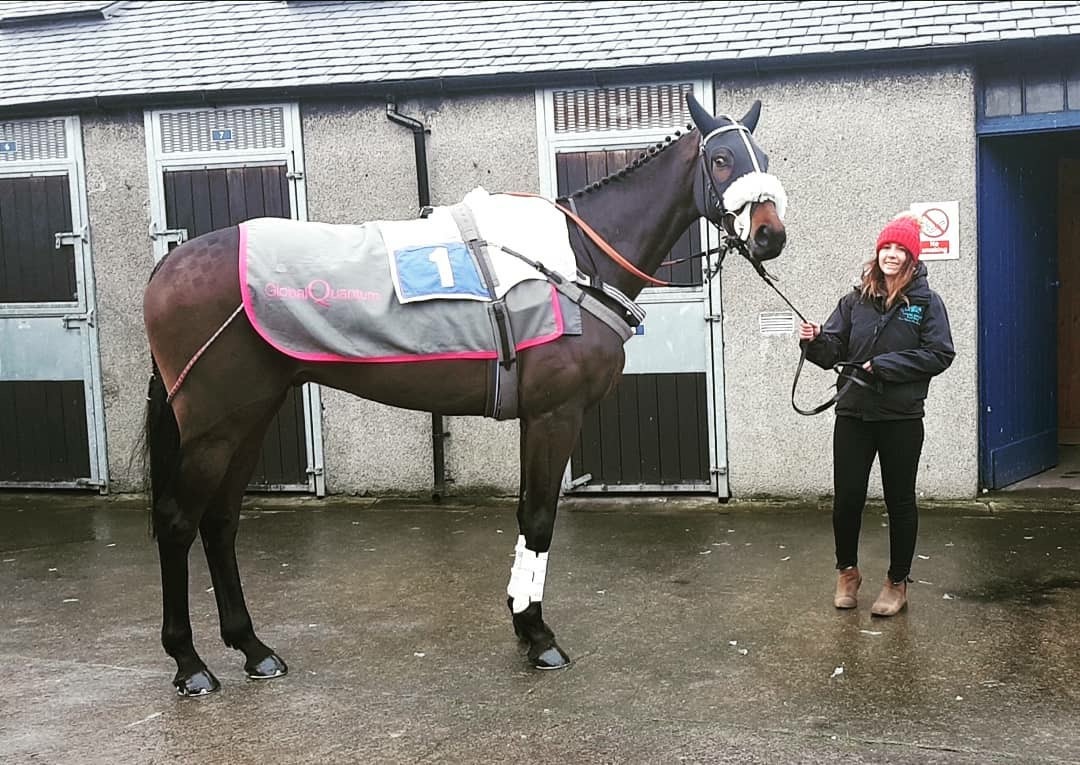 A day in Edinburgh at The Dick Vet School in Edinburgh for Aristo and Marrochino on Thursday. Briony was looked after very well by Eugenio and his team and big thanks to them. Aristo was sadly injured in his last race at Wetherby in December when making a rare mistake over a hurdle in sticky ground and has a small fracture on his pedal bone. Luckily it’s not a serious break and he has been on box rest since the injury which in total will be three months. Our own vet Urs Schaeli at Cheviot Vets found that Marrochino had a significant skin deformity/blockage in his throat which was removed by laser and cauterised. We would expect considerable improvement which will now of course be declared in the race-card. The vets at the Royal Dick were buoyed by the recent visit and financial commitment of Bill Gates at Easter Bush Campus who showcased their work as world leaders in the field of animal bioscience. We are lucky to have the clinic on our doorstep here in Scotland.

Horses have had their weekly back checks by Amy ...and twice annual teeth checks with Stuart Huggan. David Merry Farriers come twice a week so thanks to all these people who do their part.

Tomorrow at Wetherby Black Pirate runs in the Bumper with Conor O’Farrell up.  We have further entries next week at Newcastle, Sedgefield, Carlisle and Doncaster.