The Start of a New Season

Some of the horses are now turned out here at the yard for their summer holidays.   This arrangement worked very well last year and we are on hand to attend to any problems that might arise.

We have had four runners since the new season started, the horses are running well and Lake Takapuna ran a great race to be denied by just a nose in the feature race at Kelso last week.

Brian Hughes was on board The Caretaker for the first time in the 2 mile Maiden Hurdle and this was the horse’s second hurdle run.  They began racing very early on which was not ideal and his jumping improved as horse and jockey got to know one another but more fluency would be a help.  He was well in contention off the home turn but then the favourite was just too good and we had to settle for second place.  He also lost both front shoes;   next time we will look for slightly easier ground for future runs.

Theo Gillard was riding The Blame Game in the 2m 6 ½ f Handicap Hurdle. He looked fabulous in the paddock and won BTO for Sarah Poole.    Unfortunately, this was just not his day and his jumping was rather big and slow to start with, although he did get into a good rhythm going out on the final circuit.  He was never travelling particularly well but he has come out of his race in good form and so we will now plan his next outing. 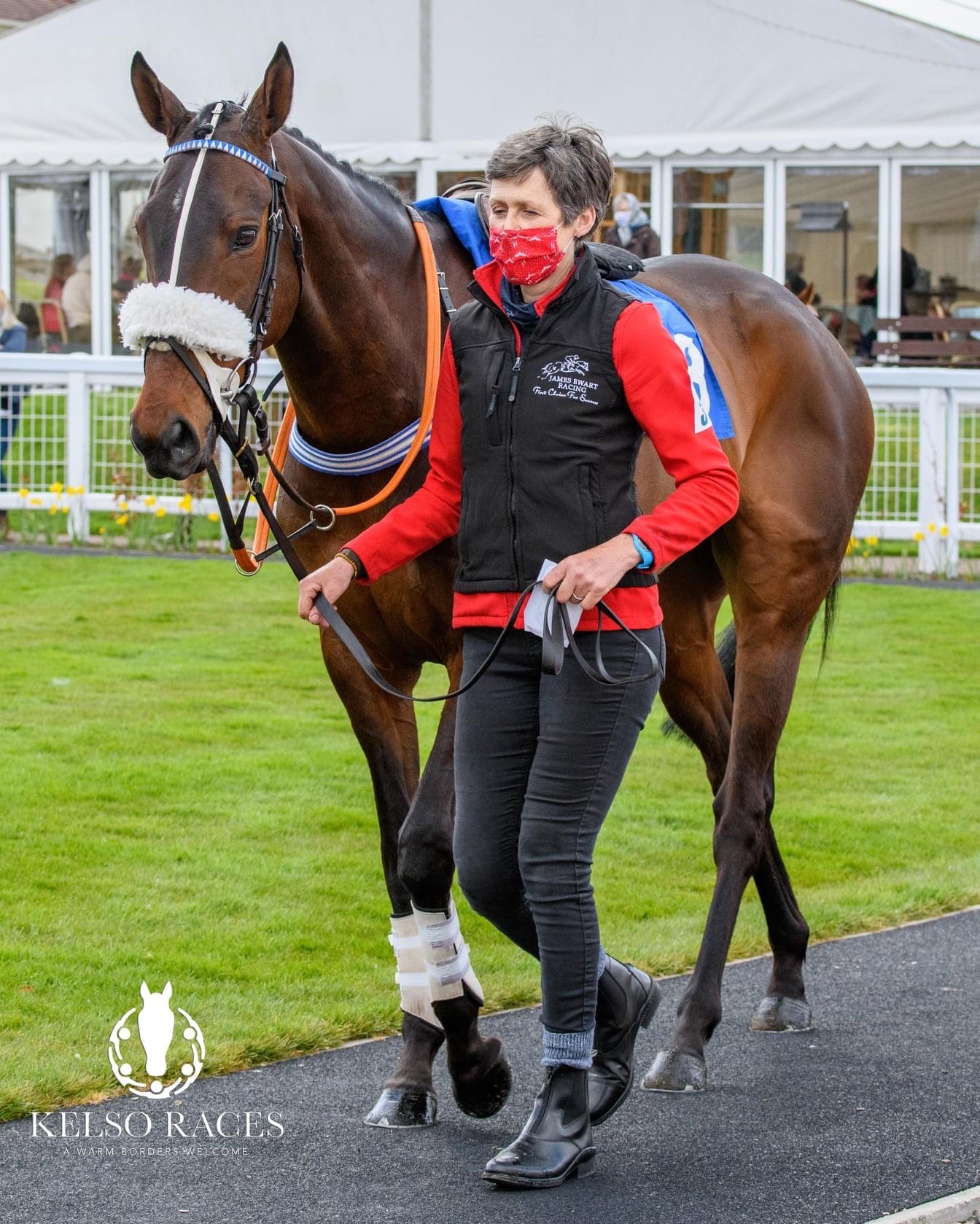 After a good break, Lake Takapuna was back in action in the 2m 1f Handicap Chase – the feature race of the day.  This was an above average contest at this time of the year in the North and Brian Hughes was having his first ride on the horse.  They were well positioned just behind the leaders most of the way and the pace was strong.   He did hit a slightly flat spot before coming up the hill where he got his second wind and Brian switched him out wider for a clear run.  He then had to bravely go for the gap and was flying up to the finish with Sue Smith’s horse Valence D’Aumont but just missed out by a nose to be second with the favourite back in third.  This was a cracking run and he just lost out on the nod.

So Nearly There!   Lake Takapuna (nearside) with Brian Hughes just beaten on the nod at Kelso

Our final runner was racecourse debutant Karismatik - a five year old by Kap Rock - again ridden by Brian Hughes.  He was totally professional and grown up and behaved beautifully in the paddock for Sarah Poole.   He was mid- field as they went a good gallop and was moving well throughout but could not quicken up with the leaders when the pace increased.   However, he is a three mile chaser for the future and has a fantastic attitude so this was a very good first run and we will now start schooling over fences. 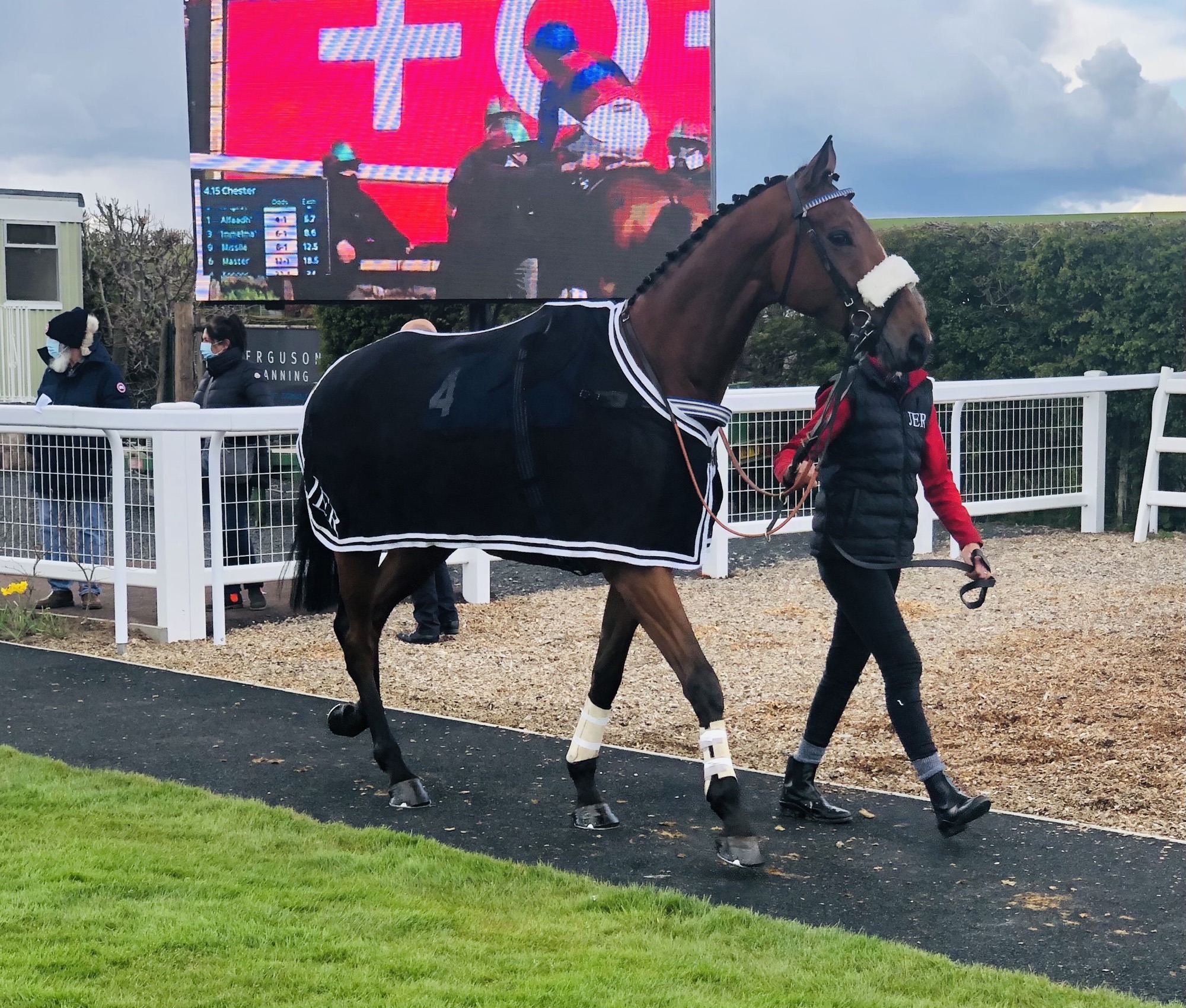 Karismatik with Sarah Poole in the paddock at Kelso

We are all looking forward to restrictions being lifted and life becoming more normal again.   We have entries coming up at Perth and Aintree.