It has been a quiet time for runners since the snow cleared but plenty continues to go on at the yard.

We have had some lovely spring days here this week but it has been frosty at night and the east wind is never far away!

Tom Forsyth passed his Amateur Category A Licence in Newmarket this week with flying colours. He obtained 74% and was considered to be ‘exceptional’ by the assessors for fitness and capability schooling – well done Tom! Roll on Sedgefield Hunter Chase with Firmount Gent trained by Briony. 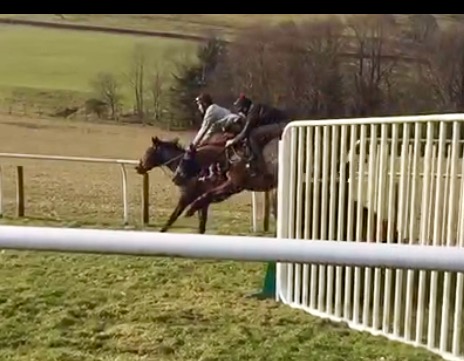 Adam Brook has settled in really well and is attending a Racing Secretary’s course next week at the Northern Racing College in Doncaster. As you can see from the photo he has a new friend in the office! 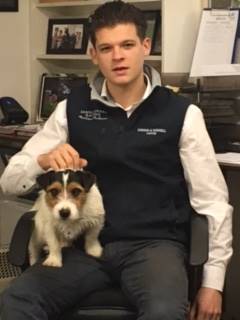 This year’s new round of the Craig Farm Syndicate starts on 1st April 2018.  Since its inception in 2012, it has provided a great deal of fun to plenty of people for a very reasonable outlay and to date has produced 17 winners!  You can sign up for a three or six month period at an all-inclusive weekly cost of £27.50. The jumps horses are Civil Unrest, who is bouncing and ready to go at Kelso next month, Sleep in First and Ange des Malberaux. On the flat we have Burns Supper and an unraced 3 y o Sleeping Indian filly named Apache Valley. There is a box at Kelso, yard visits and an owners party later on in the summer so plenty to look forward to. Further details can be found on the website page or by phoning the office 013873 70707.

Thanks to new sponsors of Burns Supper -The Firm of David Merry - leading Scottish farriers who are a first class team.

Leading Score has recovered from a pelvic injury and has now been given the all clear by vet Phil Dyson to come back into training. Black Pirate, who is unbeaten and has been a real star, heads to Wetherby and Bill D’Aron will go back to the next meeting in April at Carlisle with blinkers on to help him concentrate. Un Guet Apens runs in the 2m 4f chase at Carlisle on Saturday 31st March. 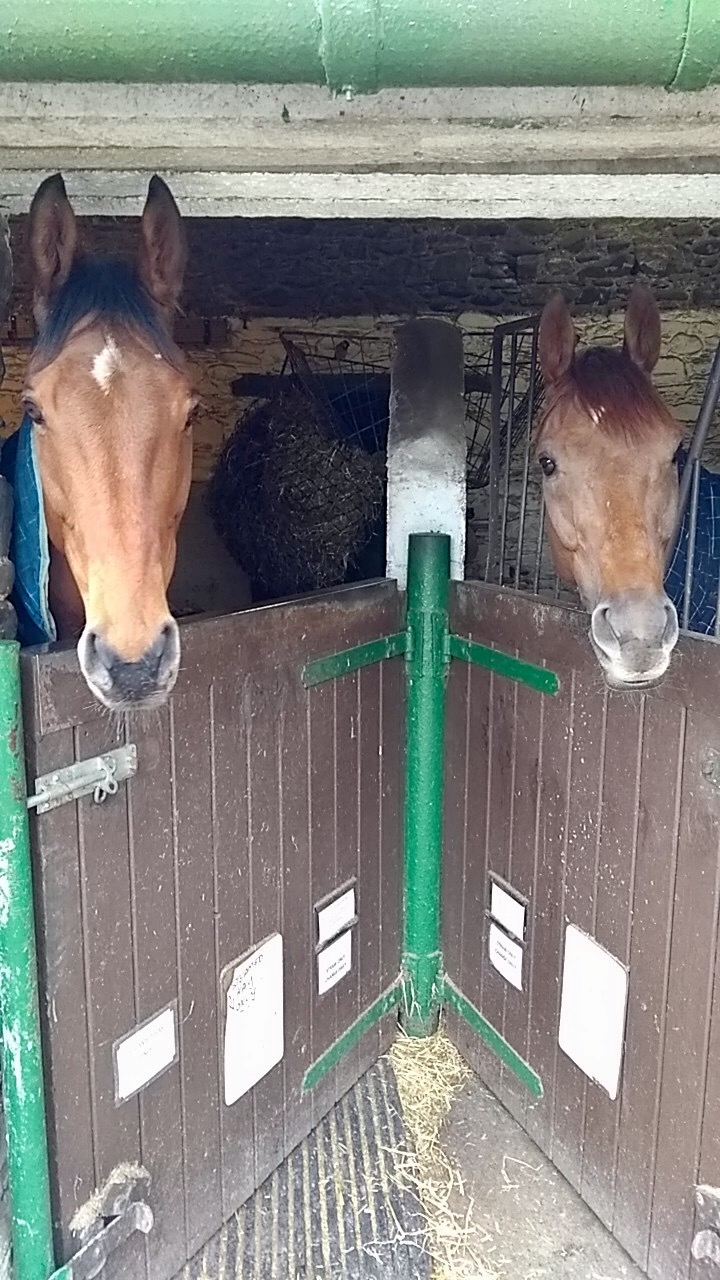 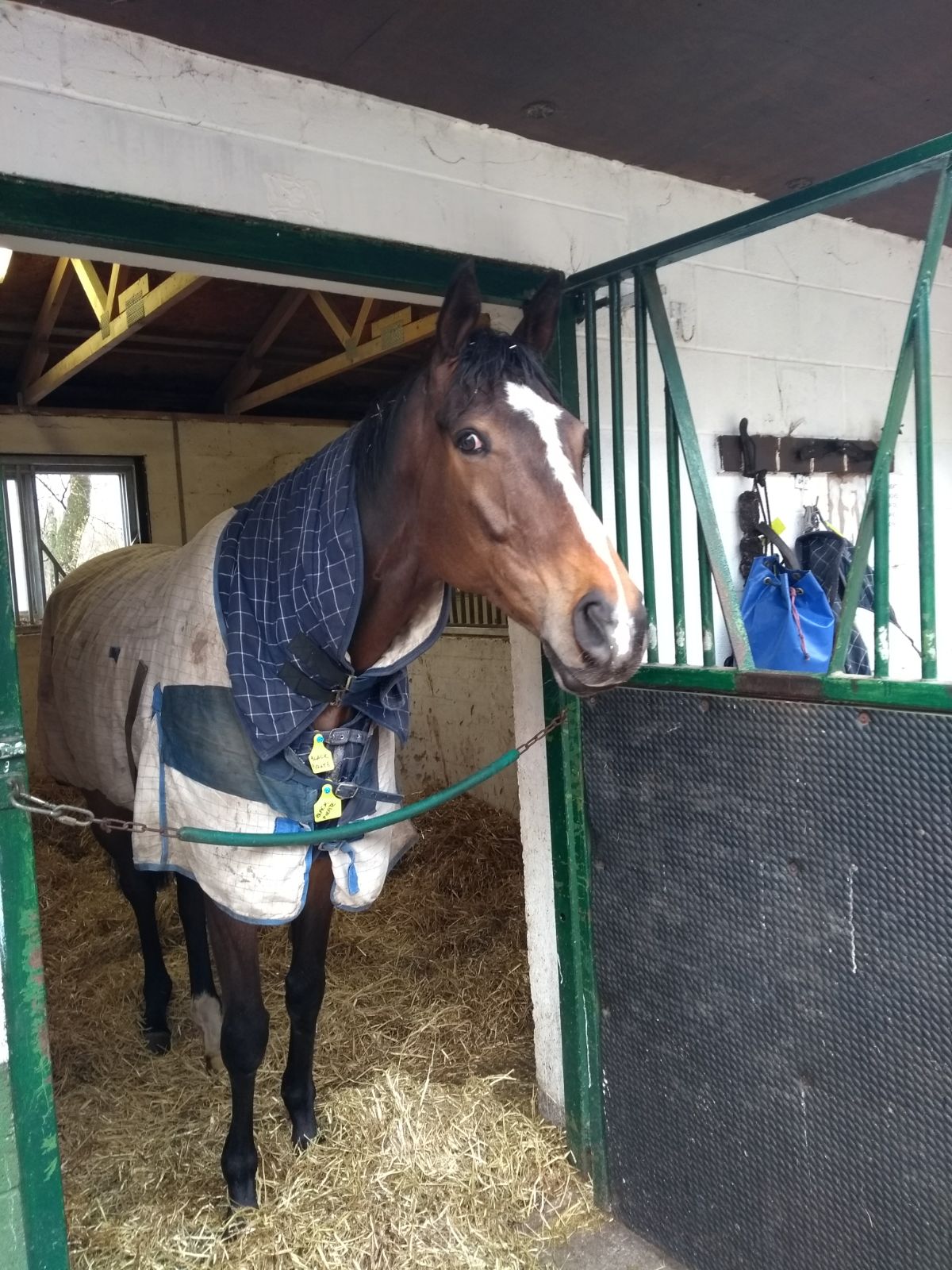 Pirate heads back to Wetherby next week

Looking to the future:

One of the most exciting young horses to look forward to come September is Undisputed (FR) 2014 by Al Namix out of  Arvicaya. He is an extremely well made and attractive grey gelding who has done nothing but mature since he arrived here.  He is showing great promise working at home and looks to be the real deal.

A more showy type than his brother Into the Breach, who is also here, they are without doubt both real old fashioned chasing models that perhaps we don’t see so often today.

Undisputed is a particularly interesting and exciting prospect.

We have entries next week at Redcar, Southwell and Musselburgh and wish you all a very Happy Easter.