I think the correct term to use these days is ‘Winner winner, chicken dinner!!’

As I left you in the first part of the ‘comeback blog’, Briony and Ange Des Malberaux had just departed for Sedgefield, in search of ‘George’s’ first ever win....and with our Conditional Jockey Dale Irving on board....HE WON!!! A great team effort, with Travelling Lass Claire Milne, ensuring he won best turned out on the day too. Credit also to young Ben Thorburn, another local lad who rides ‘George’ every day here at the yard. 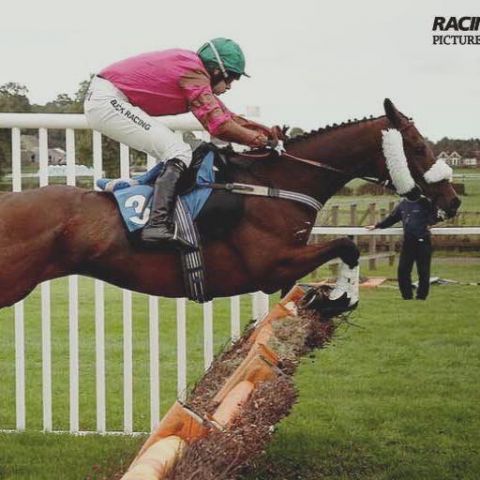 Since then we went to Hexham on the 15th and came home with ANOTHER WINNER! Civil Unrest again under local hero Dale Irving came storming up the hill to win over fences. A great performance from big ‘Cyril’, winning his first race of the season, cheered in by a jubilant crowd, as it appeared the whole of Langholm had come to support the team!

We are not ones to brag here at JER and I fear of boring you with the same news but yes...it happened AGAIN! On the 11th October I turned a quarter of a century! The big two five! What an old man I feel like...even more so since my recent knee operation which has left me hobbling around on crutches, but that’s another story. Anyway...without any entries on the 11th, my hopes of a ‘Birthday Winner’ turned to the following day, as Lord Wishes took to the track at Wetherby in the renewal of the prestigious ‘Bobby Renton Chase’. Nick Scholfield took the ride and what a ride he gave him as he came out of nowhere to win by a length. Another fantastic WINNER for #TeamEwart! 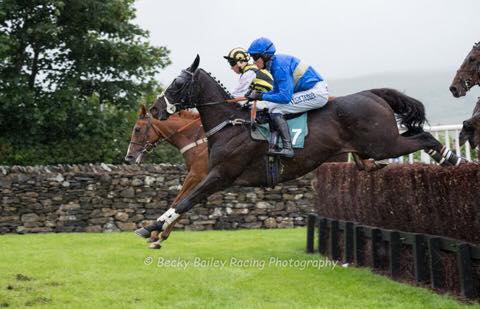 The effort and attention to detail that is put in here at The Craig is exceptional, so when we get the results, they are well worth celebrating! Not a mention in the racing post and like I said we are not one to brag but credit has to be given to James, Briony, David and the whole team for the enormous amount of effort that goes in to get days like these.

Previously I was looking forward to the Border Principals Race meeting at Kelso, which did not disappoint! A fantastic day, which was as much about the social side of things than the actual racing it’s self but a huge well done to Dumfries Cornets Lass Rebecca Nelson on finishing a very creditable 2nd place!

Back on the track and we are looking forward to what could be a very busy few days next week, with entries at Carlisle (20th), Kelso (22nd) and Aintree (23rd). Season debuts are likely for some of the yards big names, and when I say big, I mean it in every form, from the big in rating Aristio Du Plessis, the big in name Ascot De Bruyere, and the generally big in shape Zaru.

Off the track, and it’s been a long few weeks, as those have you who have been at Kelso, Hexham or been to visit us here at The Craig, may have come across an oddly shaped human hobbling about on 2 sticks.

A previous football injury forced me into another (4th) operation on my now infamous knees. So I find myself out of the saddle and out of any kind of physical activity other than hopping around various racecourses and football stadiums across the country, trying to joust my way through the enormous crowds with these 2 metal friends.

I can’t help but feel the struggle of injured jockeys as they try to maintain their low weight but without the help of cardio exercise and probably on a diet consisting of water and dust. It’s been 3 weeks and the odd shape that I referred to previously, feels more that of a whale than human like. Yet there is no doubt that excessive amounts of Birthday cake, ‘celebratory’ alcoholic beverages and the cancellation of my gym membership has contributed to this.

I must admit that my gym membership cancellation is appropriately due to relocation rather than sheer idleness. Yes, I have moved to paradise, gods own country, the ‘Muckle Toon!’. Instead of making the daily commute from Dumfries, I have been lucky enough to secure the most gorgeous of places that is literally a stone’s throw away from the yard.

At the yard, we have some new (and old) faces here for the new season. Like every establishment people come and go and the racing industry is like no other in terms of trying to keep a hold of a good group of staff. Low pay and long hours, limited opportunities make it hard to recruit but the love of horses, the sport and the great work ethic here at JER ensure that our hard working team are a credit to themselves and the yard.

Unlike what I am used to in the football industry, there is no ‘transfer window’ for staff to move from one yard to another, or I’m sure I would be fighting off bids from the Real Madrid’s and Manchester United’s of the racing world for our top class staff. However maybe they should do that with horses? I imagine a racing world where all horses are owned by the trainer. Paul Nicholls making a record breaking deadline day bid to sign Faugheen from Willie Mullins. Silviniaco Conti going on loan to James Ewart’s for the remainder of the season, in the January transfer window....food for thought.

Finally, Briony went to a psychiatrist and said she was in great distress over James. "He thinks he's a horse. He sleeps standing up and he neighs instead of speaking. He even insists on being fed oats in a bag." said Briony  "It's terrible!", "How long has then be going on?" asks the doctor. "Six, maybe eight months." she replied. "You have let things go too far," said the doctor. "Your husband will require a great deal of treatment and it will be very expensive." "I don't care about the expense," said Briony, "I will pay you anything -- anything at all to make my husband stop thinking he's a horse". "But it will cost many thousands of pounds, can you afford this amount of money?" asked the doctor. "Why of course we can," said Briony. "He's already won three races this season at Kelso’’.