Everyone at the yard was shocked to hear of the death of Natasha Galpin. This was an absolutely tragic and totally unforeseen accident and our thoughts are with her family and all at Iain Jardine Racing.

On Thursday 17th January Gordon Brown, Christina McElhinney and cameraman Dave from Racing TV visited the yard.   In glorious sunshine, they interviewed James and David and spoke to Briony about the Fell ponies! This was for a feature covering the finalists in the Godolphin stable staff awards.   It is such an achievement for David to have reached the last three with almost 50 years of dedication to racing and he is a credit to himself, his family and the yard.

With all the uncertainty surrounding Brexit there is considerable anxiety in the racing and breeding world about how this will affect horse movements in the future.   On the plus side this may act as a catalyst for the increased use of U.K. stallions and also broodmares.

Now to the racing where we had three out of four horses winning best turned out awards!

I am Dandy returned to Newcastle on Saturday 12th January and ridden by Ben Robinson in the 1 mile 5 furlong Handicap he ran another solid race to finish 4th beaten by only 1 ¼ lengths.   He broke a little too well for this distance and currently is probably more suited to being ridden positively in a 7 furlong race.    He just loves his racing and has come out bouncing from this last effort.

The next day at Kelso we ran Bullion in the highly competitive 2 mile Novice Hurdle and he ran a very much improved race to finish fifth. Under Lucy Alexander, he had plenty of space around him during the race and jumped well throughout except a slight mistake at the second last. Once we have a handicap mark he will appreciate a step up in trip and also slightly more give in the ground. He has recovered well and we look forward to running him over 2 ½ to 3 miles. 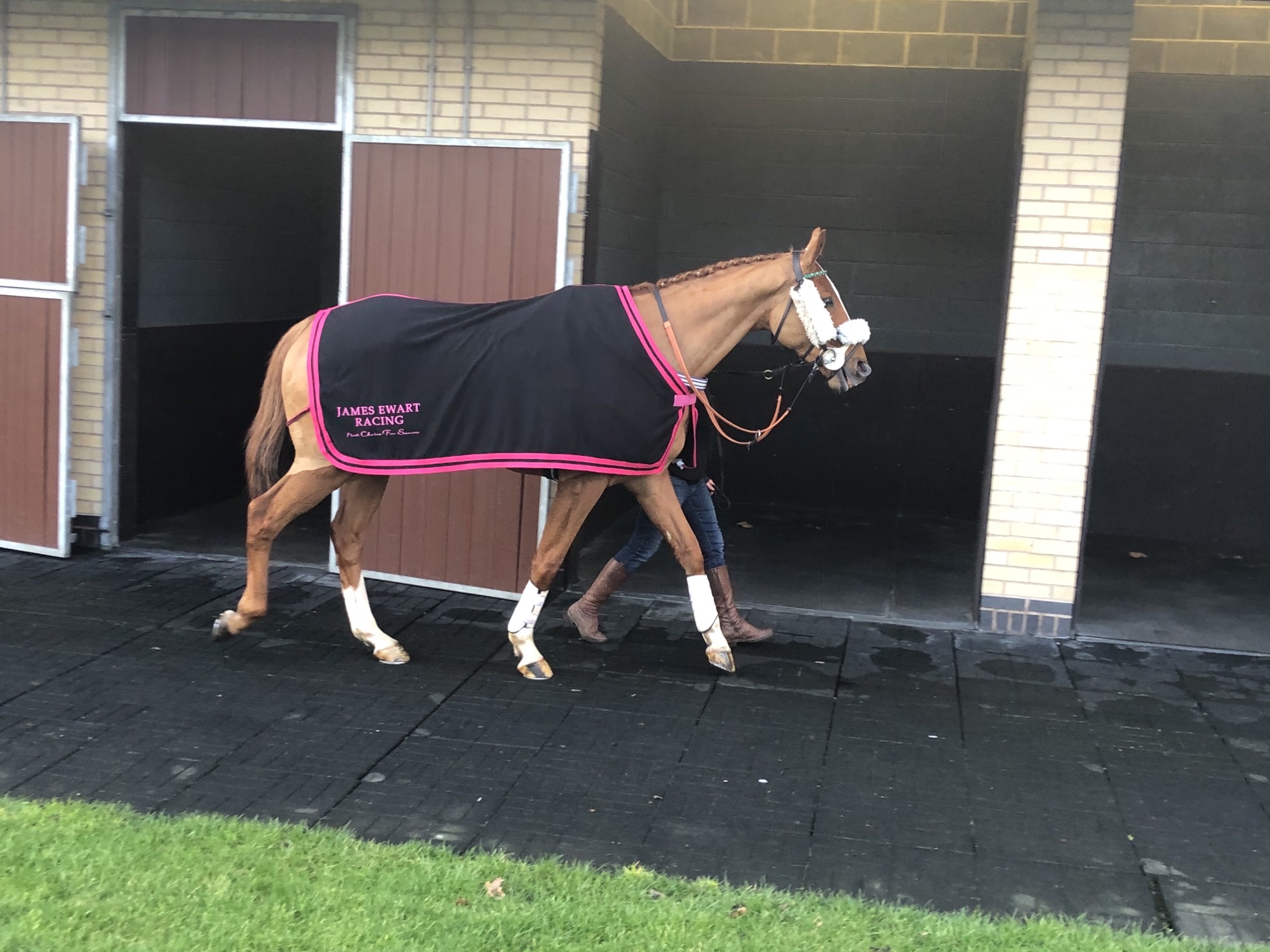 Bullion in the stable at Kelso

We were back to Newcastle on Tuesday 15th January with Nikgarde in the Bumper on the Tapeta and Empire de Maulde in 2 mile ½ furlong Novice Handicap Hurdle.

Nikgarde has a wonderful temperament and was thoroughly professional throughout his debut under rules. With Brian Hughes, he was incredibly unlucky to just be beaten by a neck into second place.   In the home straight, he encountered huge traffic problems and was checked three times in total.   This was a gallant performance and the winner Basildon is a Juddmonte bred half -brother to Australian Cup Group 1 winner Harlem!   He has come out of the race exceptionally well and this was a very promising start. 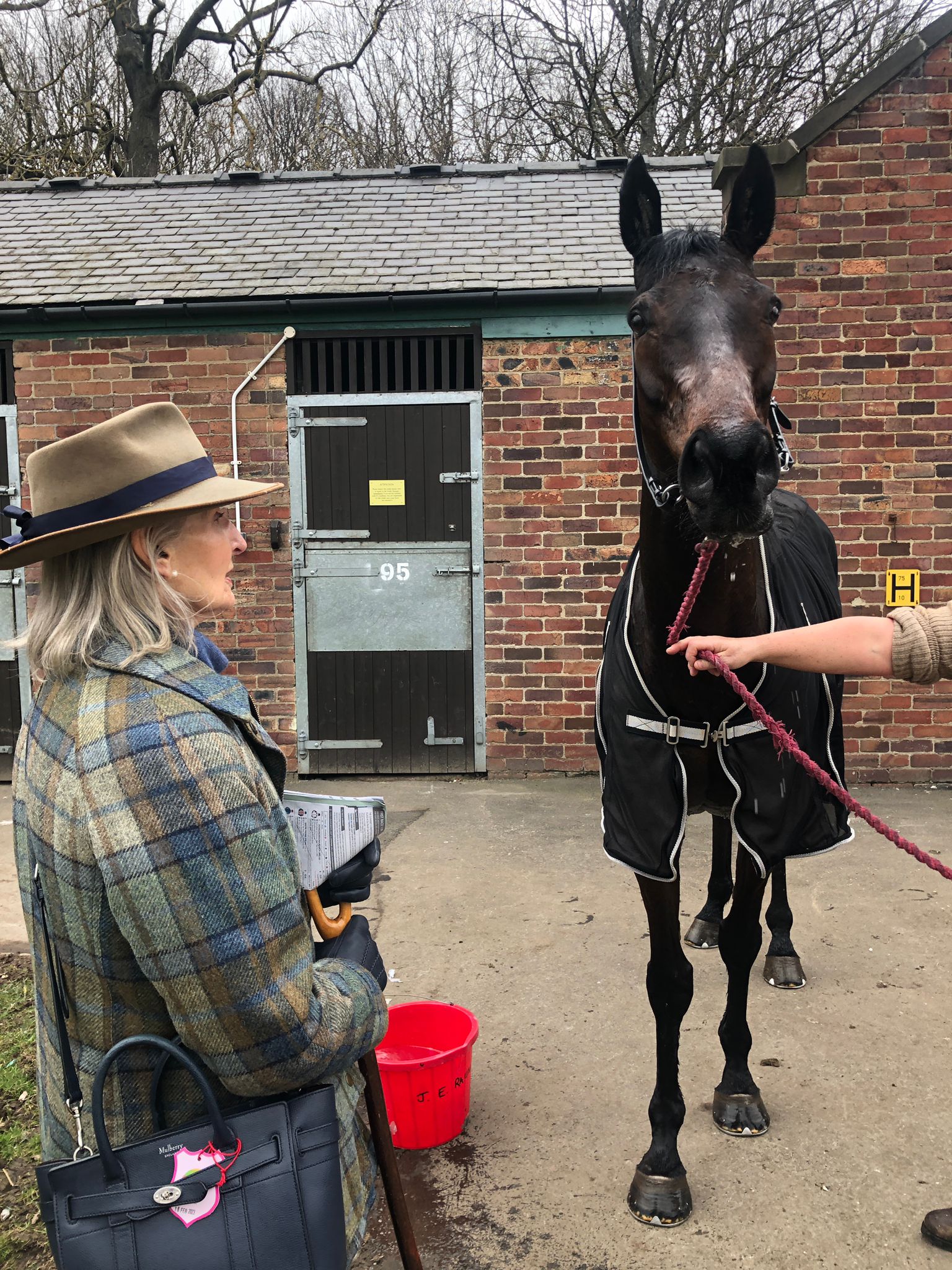 After taking some time to acclimatize after his arrival from France, Empire de Maulde was fitted with earplugs for the first time and was suited by a change of tactics and slightly slower ground conditions from his previous runs this season.  Jumping well throughout, Steven Fox gave him a lovely ride holding him up and then producing him at exactly the right time to storm home by 13 lengths.  He is a future staying chaser and this was a very well deserved win for Steven.   Empire de Maulde has now won five times and is FOR SALE. 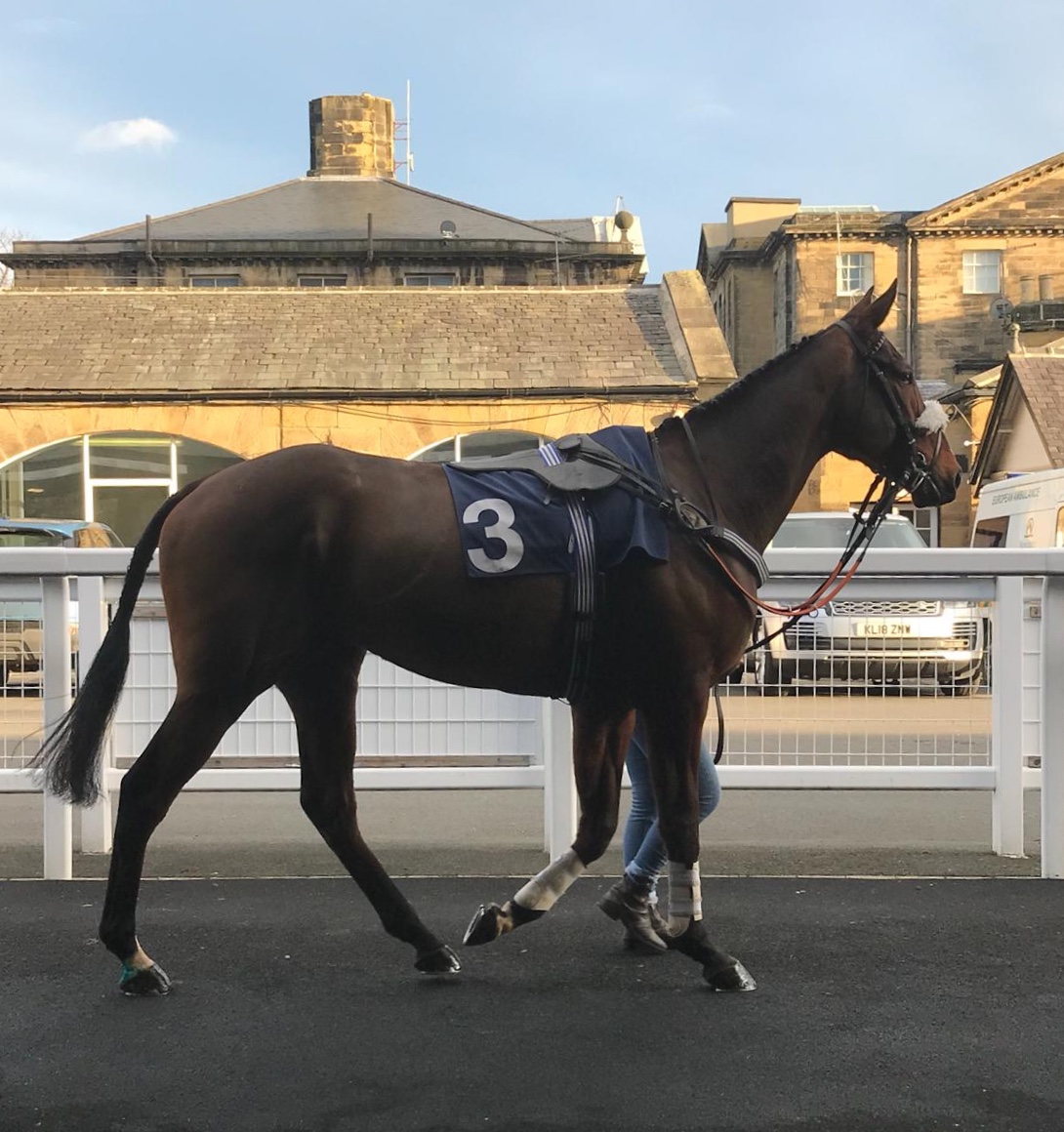 On Tuesday 22nd January we have a box at Kelso so do come along and join us – depending of course on the weather. At the next meeting there on Thursday 14th February we have a Craig Farm Syndicate day.

We have entries this week at both Kelso and Wetherby.