The dust has almost settled on an amazing Cheltenham Festival. Although the Irish dominated, the three big races were won by the home side and, in many people’s opinion, the Gold Cup was one of the very best. It was an epic battle between Might Bite and Native River – both very different horses but both superbly ridden and in the end it was the stamina of Native River which prevailed. Perhaps then there is now time to digest some very thought provoking reflections, most particularly in Alastair Down’s excellent article in the Racing Post on 20th March.

His stats were stark and very worrying for smaller trainers who in the past have been able to use the Handicap Races at the Spring Festivals as a showcase for their wares and, as Alastair says, those days are all but dead and gone. This is being felt most acutely by the smaller NH trainer in the real North, most particularly Scotland who is facing a double whammy of a disadvantage.

Firstly, the telephone numbers being readily spent for exciting young prospects in the South of England cannot be matched by most Scottish or even Northern based NH trainers whose buying power for the whole season is very possibly considerably less than the purchase of one top horse at the recent Cheltenham evening sale. Even Colin Tizzard mentioned that he could not afford any of the horses being auctioned!

This is not a whinge but a very worrying fact and the domination of the Irish trained horses at Cheltenham proves without doubt that having the right raw material matters.

Secondly, there are numerically fewer runners in Handicaps in the North and Scotland and with spending power also reduced, maybe it is time to really question if the same handicap system for Scotland and England and Wales can continue to work fairly? Northern horses running in the south in Handicaps are at present very rarely competitive. The Northern Handicap Committee have carried out an analysis on success rates divided between three geographical areas – North, Midlands and South with the North coming off worst and this highlights the disparity. The BHA has also proved this with the stats gathered on northern horses running in the South. Hopefully recent handicap reviews and these latest stats will help to steer a positive change under the wise leadership of Nick Rust (CEO, BHA) and Richard Wayman (COO, BHA).

It is really time to think outside the box and handicap by prize money won, as in France and with overall prize money greater in Ireland than here it might give us a chance to balance the books!

However, it is by no means all doom and gloom and you would not be in the training game if you did not relish every moment! With a wealth of enthusiasm and expertise (if not money) here in the North we will surely see Northern horses winning at the Festival again.

Indeed both Sam Spinner and Definitely Red, among others, have proved that this year by winning valuable races in the South. Add to this, Ruth Jefferson with Waiting Patiently at Ascot (also due to run at Aintree) and Nicky Richards with Simply Ned at Leopardstown, the North has much to crow about.

It is great to see the ground drying here at last!

A weekend in Newmarket;

With Briony having a trip down to Newmarket last week it was also an opportunity to visit some of the great places racing HQ has on offer. If any of you are able to spend a weekend in this historic racing town these are our recommendations;

To stay; The Bedford Lodge is central and has comfortable rooms - good restaurant/bar food and breakfast and do make use of the excellent spa and pool.

To visit; Palace House the National Heritage Centre for Horseracing and Sporting Art, this venue has been fully refurbished incorporating the Horseracing Museum, Fred Packard Museum and Galleries of British Sporting Art and Retraining of Racehorses. There is plenty to see and fascinating items on show and film and footage by Claire Balding. Buy an annual pass (very good value at £19 for an adult) as one visit is never enough! It is open 10am-5pm daily. 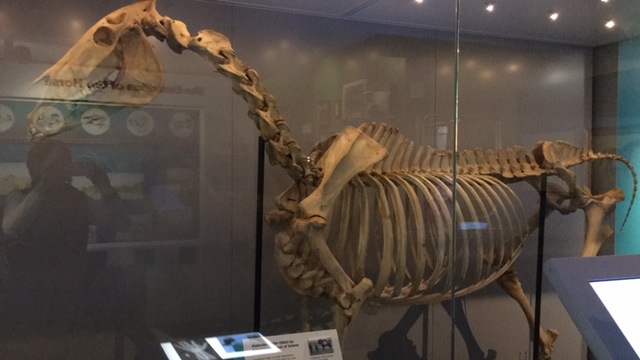 Eclipse Under the Skeleton 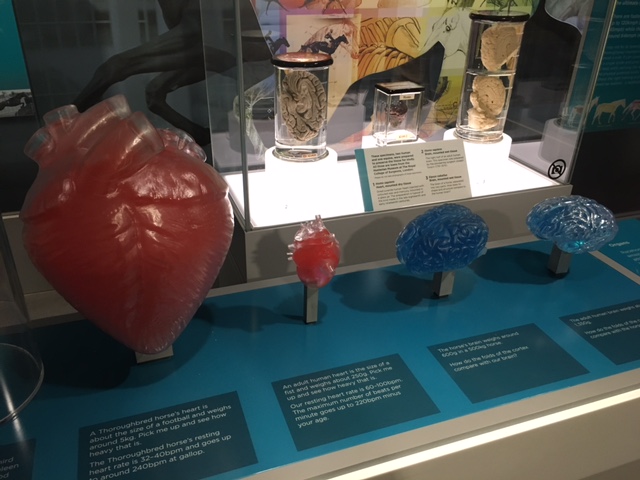 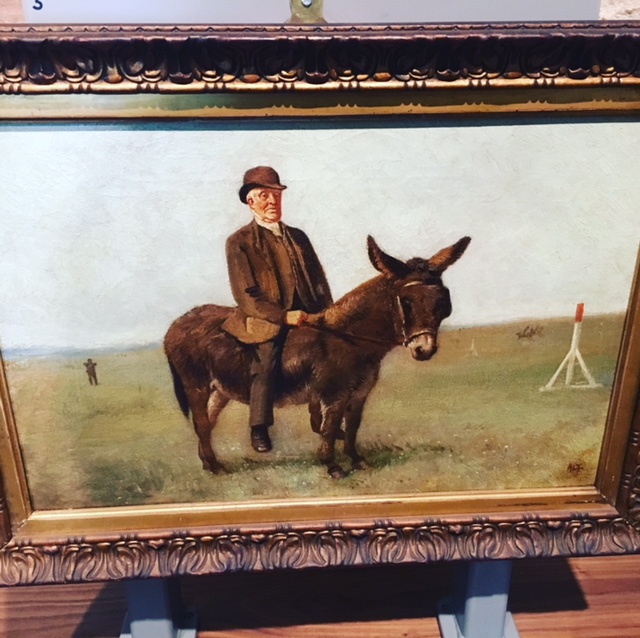 For lunch: The Tack Room within the museum has excellent bistro food and a good wine list (open 10am to 11pm) Sunday's 10am-5pm and then wander down to Goldings the iconic clothing store where there is a great selection of country racing clothing.

To See: The Gallops - a morning watching horses put through their paces up Warren Hill where the great Frankel was prepared and now followed by plenty of his progeny.

To round off: a Sunday roast and a Bloody Mary or two if you’re lucky enough to have a driver at The Kings Head Dullingham – enjoy!

We had two runners at Sedgefield on Friday with Steven Fox taking the rides. Ange de Malbereaux ran in the 2m3f Betfred Handicap Hurdle and he showed he is back on song, holding his form well after his good third at Musselburgh last time. Travelling very well in the main he just had to be niggled slightly back into the race at the top of the hill having dropped back in trip but then fought all the way to the line to come up against a well handicapped horse carrying over a stone less in weight and only beaten a neck in the end. An example of how our system is flawed is that despite the two favourites having run exactly to their marks/level we are likely to go up in weight again making us uncompetitive for another race or two sadly rather than the more logical method of putting the winner up and basing the race around us.

Green Tikkana who was pulled up in the 3m Betfred Handicap Hurdle is a very badly handicapped mare who has been penalised due to passing weakening horses in desperate conditions this winter and never having actually been involved in any sort of competitive finish to base a realistic mark around. Sadly for her owners and the syndicate a win will be a fairly long way off until she is dropped significantly and we will probably have to call it a day with her this season as she has had plenty of racing and being only a 5yo needing furnishing we don't want to sicken her.

Rhona Pindar led up both runners and we wish her all the luck this afternoon at Doncaster.

Bill d’Aron runs at Carlisle tomorrow and we also have entries at Wetherby on Thursday.