Most of the horses are now in from grass all looking tremendous and a great credit to all those who looked after them so carefully during their summer break.

At Perth on Sunday 15th July we ran Jassas ridden by Brian Hughes in the 2m7f Handicap Chase. He finished runner-up to Chu Chu Percy and we were happy enough with this. He looked very well beforehand (best turned out) and the combination of weight, giving a stone to the winner and the trip perhaps going against us but another good performance.

On Saturday 21st July at Cartmel  Sleep in First ran in the Simon Rogan 2m5f Handicap Chase with Brian Hughes up and he came second to the in-form and progressive 7 yo Bambi Du Noyer. Again he was perhaps at his limit stamina wise but a great run from the gallant veteran. Another  BTO presented by the local leading restaurateur of L’Enclume. Hospitality is always first class at Cartmel and lunch was much enjoyed by the owners. 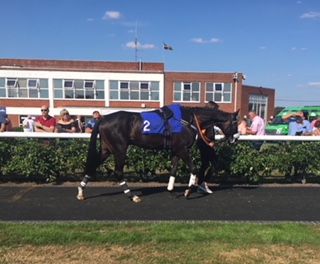 At Ayr on the on the 23rd July, I Am Dandy came fifth and he reversed the form with his last time out rival Stardrifter. He met some traffic up the home straight and this was a better race.  He will be stepped up in trip now.

It was Musselburgh the next day on 24th July and It’s Never Enough ran in the 7 furlong Read Silvestre de Sousa Handicap. It was his first time with ear plugs which helped him in the  preliminaries (BTO) and will assist when stepped up next time. He found the early pace too much but was not rushed in the hands of in-form PJ Macdonald and stayed on very well up the straight to catch 4th. We look forward to running him over further now he’s settling better. A flat galloping course such as Doncaster should suit him better.

50% of BTO’s have been going into a breakfast group fund meaning that we had a good week at Pelosis and the local bakery!

The annual Langholm Common Riding’s Festival went superbly on Friday 27th July in glorious sunshine with cornet Iain Little doing the town proud. We followed this year with two of Neil’s home bred Fell ponies who stood out as a good looking pair of native ponies and did us great credit. The showers and storms hit just after the flag was handed back in, perhaps God is really a Langholm man as local folklore has it! But some welcome rain for all. 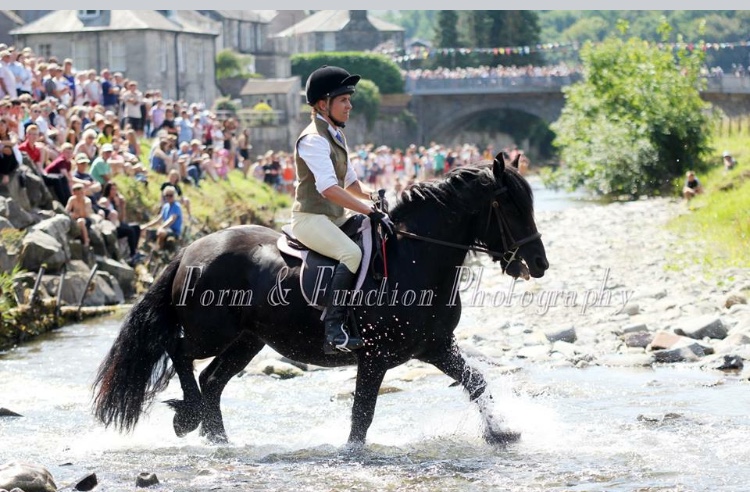 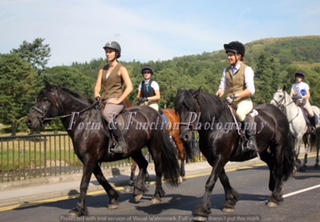 At a balmy hot Market Rasen on the 4th August Sleep in First had his 60th career start. This was his first contact with the course and it was a sharp enough track for him over 2m2f.  However, he held his own for a long way jumping well in the main, back over hurdles in the hands of stable conditional Steven Fox.  He was in the right grade of race but bumped into a 6yo improving type of Brian Ellison’s - Lucky Robin and typically his first division ended up 4 seconds faster than the second division. Not having the gears to go with the front three he finished a creditable 4th. 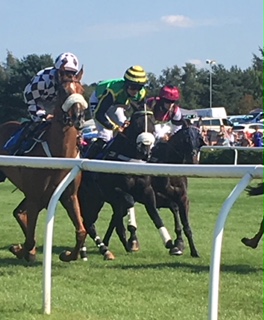 We will shortly be updating the website with new additions – both equine and human!

Anyone with a genuine interest in our horses for sale this season, shares and Syndicate membership will be welcome to join us on 2nd September.  The parade of horses is at 11a.m and RSVP for seated lunch with names and numbers to office@jeracing.co.uk