All the horses are now back in the yard and most of them have been cantering away for several weeks now.

On Saturday 25th August we ran Sleep in First in a Conditional Jockeys “ Hands and Heels” 2m Handicap Hurdle at Cartmel ridden by Benjamin Godfrey claiming 3lb. Unfortunately had a slow start and as a result was never on terms for the best part of the race.   He finally made good late headway to be 5th. He will have another day!

At Musselburgh on Thursday 30th August I am Dandy ridden by Nathan Evans for The Craig Farm Syndicate ran a much improved race to be second over 7 furlongs.   Once again he was just beaten by a nose and he may well have won had he not hung.

Hopefully he will find the winners enclosure before long!

We have entries at Kelso on Wednesday 19th September.

Despite the dank weather a good crowd turned out on Sunday 2nd September for the Owners’ Day. There were some old friends as well as new faces.   We were delighted to welcome Emmanuel Clayeux and Thomas Trapenard from France.   Emmanuel is a leading French trainer and specialises in cross country races (including second at the Cheltenham Festival this year) and Thomas is based at the famous Haras de Sivola stud where he also has a pre-training set up.   Both Ettila de Sivola and Good Lord Tiep came from Thomas and Emmanuel trained Nicoline who is the dam of Nikgarde.   It was also a pleasure to see Brian Hughes and Lucy Alexander as well as Bobby O’Ryan.   David Macleod and his team had done a superb job in preparing the horses who looked magnificent and had clearly benefitted from the wonderful summer.   Also the huge amount of hard work put in by all those at the yard ensured the day was a great success.

41 horses were paraded and there were several striking differences this year.   Firstly there is now an increasing number of fillies and mares who can take advantage of the weight allowances and the Mares programme of races. Secondly there are many more quality young horses with good prospects and there are still shares available in some of these.   Finally James’s web of contacts for sourcing horses is widening and although the majority of the horses are French-bred, there are also high class animals from England and Ireland.

We were given a very entertaining commentary by George Stanners, Director of Goffs Bloodstock and this was backed up by James with his first- hand knowledge of each horse as it was paraded.   George is the ideal person as the front man for the presentation as he is a leading bloodstock specialist and makes an invaluable contribution with his objective and colourful view.

The parade was followed by an excellent lunch of salmon and hog roast in the beautifully laid out marquees on the lawn in front of the house and so everyone had a really enjoyable time.

The Craig Farm Syndicate has really expanded with the number of horses and now also has a greyhound and a pigeon!   You will be pleased to hear neither of the latter will be trained by James.   Shares are still available at a very reasonable rate and membership makes an attractive and unusual Christmas or Birthday present so please contact the office. 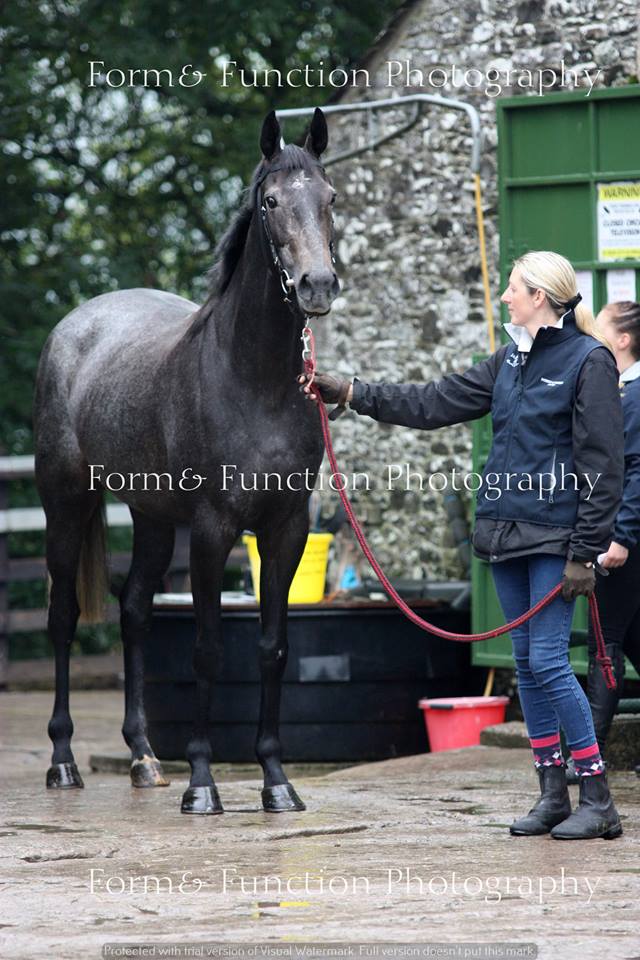 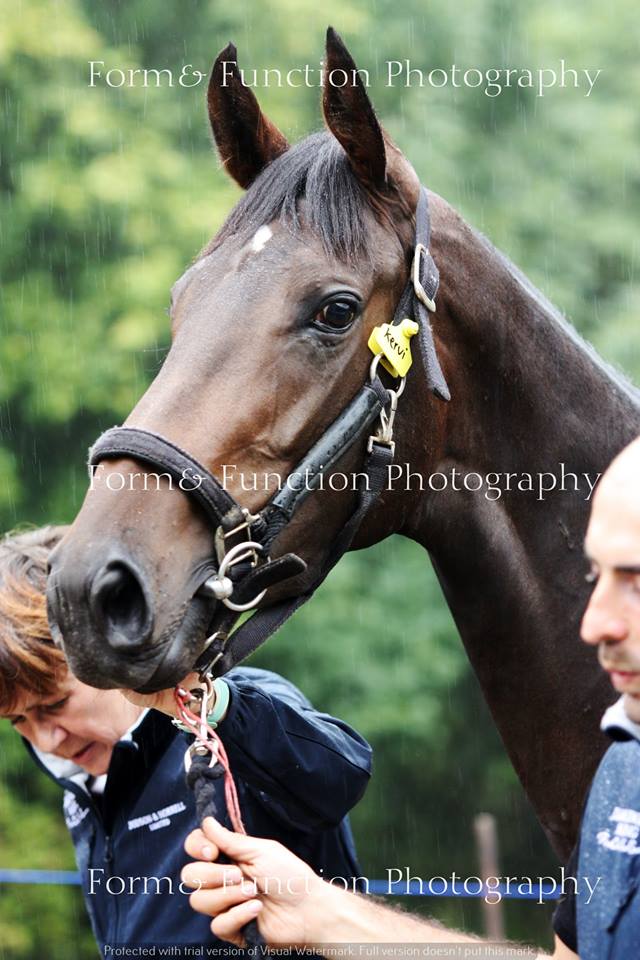 Further photos of the Owners' Day will be posted shortly in the Gallery.