There have been various changes in the yard over the last couple of weeks for both horses and staff.

We bought two very nice horses at the Doncaster Bloodstock Sales this week, Juge et Partie and Hold Onto the Line and details of these will appear on the website shortly.

Rachael McDonald has announced her retirement as a jockey but hopefully she may still ride out for us as she has been a very valuable member of the team.   Taking out her conditional jockey’s licence in 2017 Rachael joined the yard in 2019 and had six winners for us last season going out on a high with a win on the promising Brayhill.   She will continue to help coach at the Scottish Racing Academy and we wish her well for whatever the future holds.

Our equine star Aristo du Plessis owned by John and Jill Dodd has also been retired and will go to the Robson family at Heddon- on- the- Wall in Northumberland where they already have Avidity and Aikman who was a dressage winner last week.   Aristo arrived with us in October 2014 having won a flat race in France.  A bundle of energy who loved racing up front with his ultra-quick hurdling technique, he won a total of 11 races and over £100,000 in prize money.  He was a particular favourite of David Macleod who did so much to settle him in his work at home.   He loved racing at Wetherby and Musselburgh where he recorded his most valuable win in the 2016 Hogmaneigh Hurdle.   He was a pleasure to train and we know that he will have fun in retirement with two of his old allies. 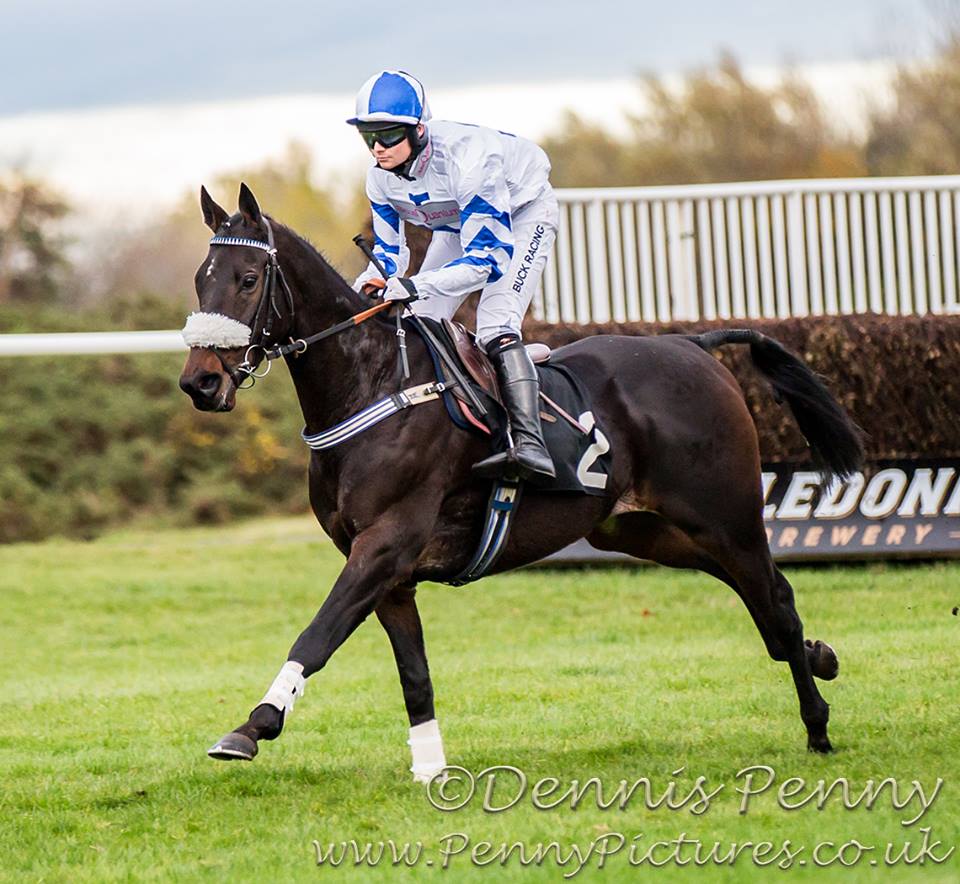 Aristo du Plessis in his pomp with Dale Irving

Empire de Maulde ran a cracking race in the 2 mile 4 furlong Handicap Chase at this evening meeting.  Brian Hughes was riding and they set off at a decent pace as the leader and eventual winner dominated from the front.   However, Brian had him in a great rhythm and after half way at this speed some of the runners were starting to feel the pressure but this is when Empire really got going and started  passing everyone bar the winner to finish second by 12 lengths.  Undoubtedly the winner is smart but this was another excellent effort for Empire. 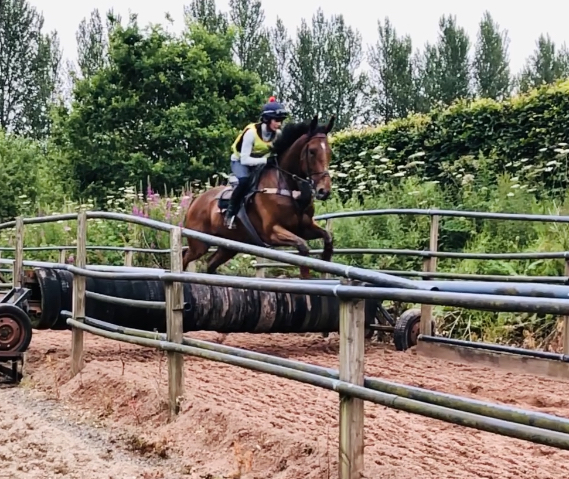 Empire de Maulde showing where it all begins

Unfortunately the ground was really beginning to dry out for Bingo D’Olivate with Nathan Moscrop in the 2 mile Handicap Hurdle and we were expecting soft/heavy ground!  He jumped well and made up a lot of ground down the back but was not close enough to provide a challenge and finished sixth.

Danny McMenamin rode Aquitaine Boy in the 2 mile 7 furlong Conditional Jockeys Handicap Hurdle.  Due to the low sun some hurdles were omitted which did not help us and with so few obstacles it was difficult to get into any sort of rhythm.  He was also pretty keen to start with and was still travelling well coming by the stands on the second circuit and moved into third, but once the field started to quicken it turned into a sprint and he could not maintain his position and he finished twelfth.  A drop back to 2 miles 4 furlongs on a stiff track like this looks ideal and we may send him chasing here next time.