We are all absolutely delighted that our much respected Head Lad, David Macleod is one of the three finalists in the Godolphin Dedication to Racing award. The winners will be announced in London on the 18th February and for the first time the evening will be hosted by Oli Bell who presents The Opening Show for ITV.   The finalists will be interviewed during the day by the judges who will then decide the winners and runners up. The results will be announced that evening at the Jumeirah Carlton Towers hotel in Knightsbridge.   Last Saturday The Opening Show had a big feature on stable staff and some of this was repeated on ITV’s afternoon coverage of racing and so it is appropriate that Oli will be heading up the evening.

All the staff enjoyed a great night out at The Douglas Arms in Langholm.   As always the food was excellent and everybody had the Sunday to recover before starting work in earnest again on Monday!

Despite the continued lack of rain we have had a busy time racing and the highlight of the week was Ascot’s impressive win in the feature race at Newcastle. This was a great start to 2019.

On Saturday 5th January, For Three, Dunly and Ascot de Bruyere all went to Newcastle where the going was good to soft but tacky where it had been rolled.

For Three ran a great race (at 66/1!) in the 2mile ½ furlong Novices’ Hurdle and was very unlucky to be beaten on the line by 1 ½ lengths. This was his first attempt over hurdles and with Steven Fox up he settled really well and although he jumped the first two a bit big, his jumping improved and he handled the ground and the track. He looks like another fun horse for the Craig Farm Syndicate.   Shares are available so do please contact the office on 01387 370707 and enjoy the excitement of racing at a very reasonable cost! 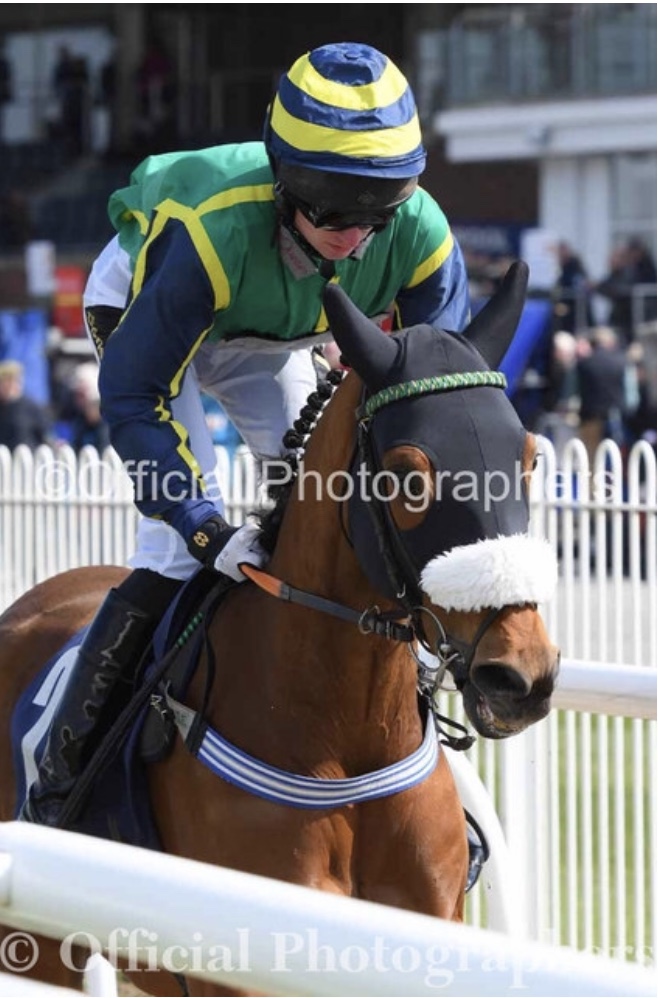 For Three in the stables at Newcastle

Dunly ridden by Brian Hughes was also in the same race but he did not appear to like the ground and then three out he started to hang to his left and lost his position to finish sixth.   He handled soft and heavy ground well in his Bumpers and so we need to avoid sticky ground in future but he has come out of his race well.

Ascot de Bruyere was given a wonderful ride by Brian Hughes and put in an exhibition round of jumping in the feature race of the day – Watch Sky Sports Racing HD On Virgin Handicap Chase over 2 miles  7 ½ furlongs and worth £16,500 to the winner. He bowled along in front disputing the lead with The Drinkymeister and then asserted his authority three out to win by 2 ¾ lengths.   This was a great performance and he really seems to love Newcastle and has come out of the race in fantastic form. 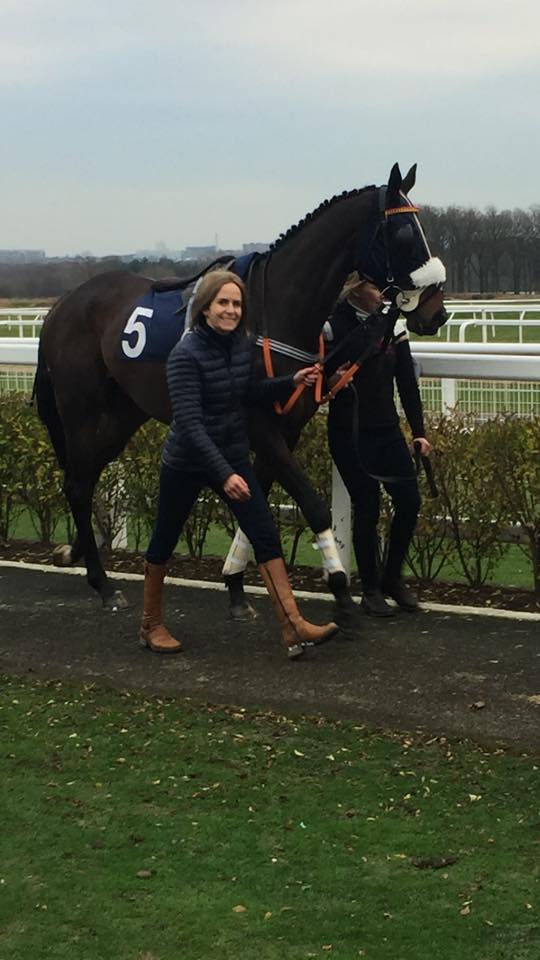 Ascot in the paddock at Newcastle 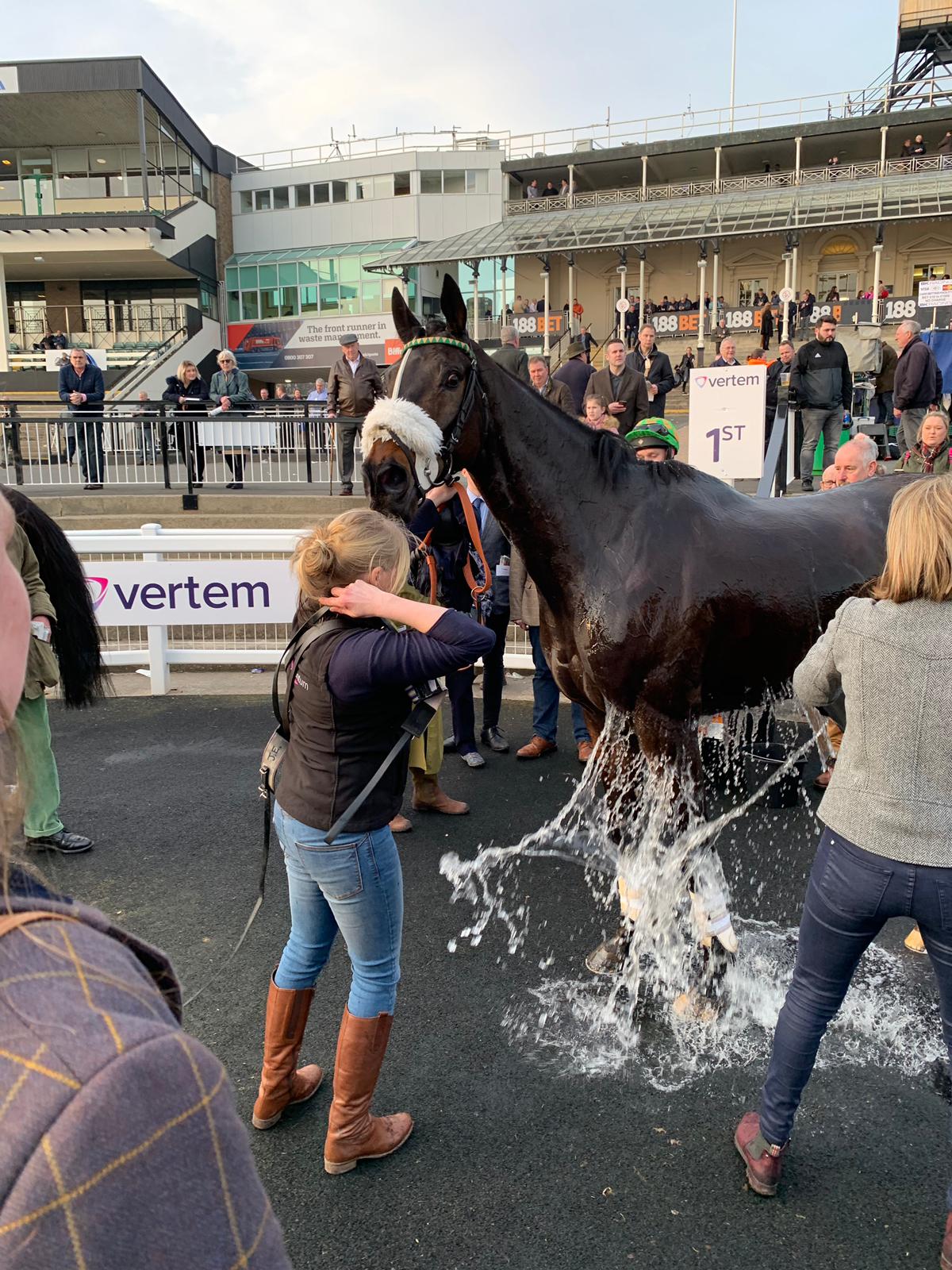 Ascot and Brian Hughes at Newcastle

At Musselburgh on Monday 7th January, Look Now was ridden by Lucy Alexander and ran in the 2 mile            4  furlong Maiden Hurdle.   He looked fantastic in the paddock and won best turned out but unfortunately the ground was far too fast for him.   Described as good, with the drying wind overnight it was definitely on the quick side and he was never happy and came in fourth.   He jumped very well for his first time over hurdles and we will give him time to recover before running him again.

On Tuesday 8th January we were at Ayr with two horses and both won best turned out.Ca Le Ferra (Steven Fox) was having his second run over fences in the 2 mile ½ furlong Novice Chase.   He jumped really well and ran a sound race to come in fourth beaten by 10 ¼ lengths. He would appreciate a step up in trip and softer ground to be seen at his best. 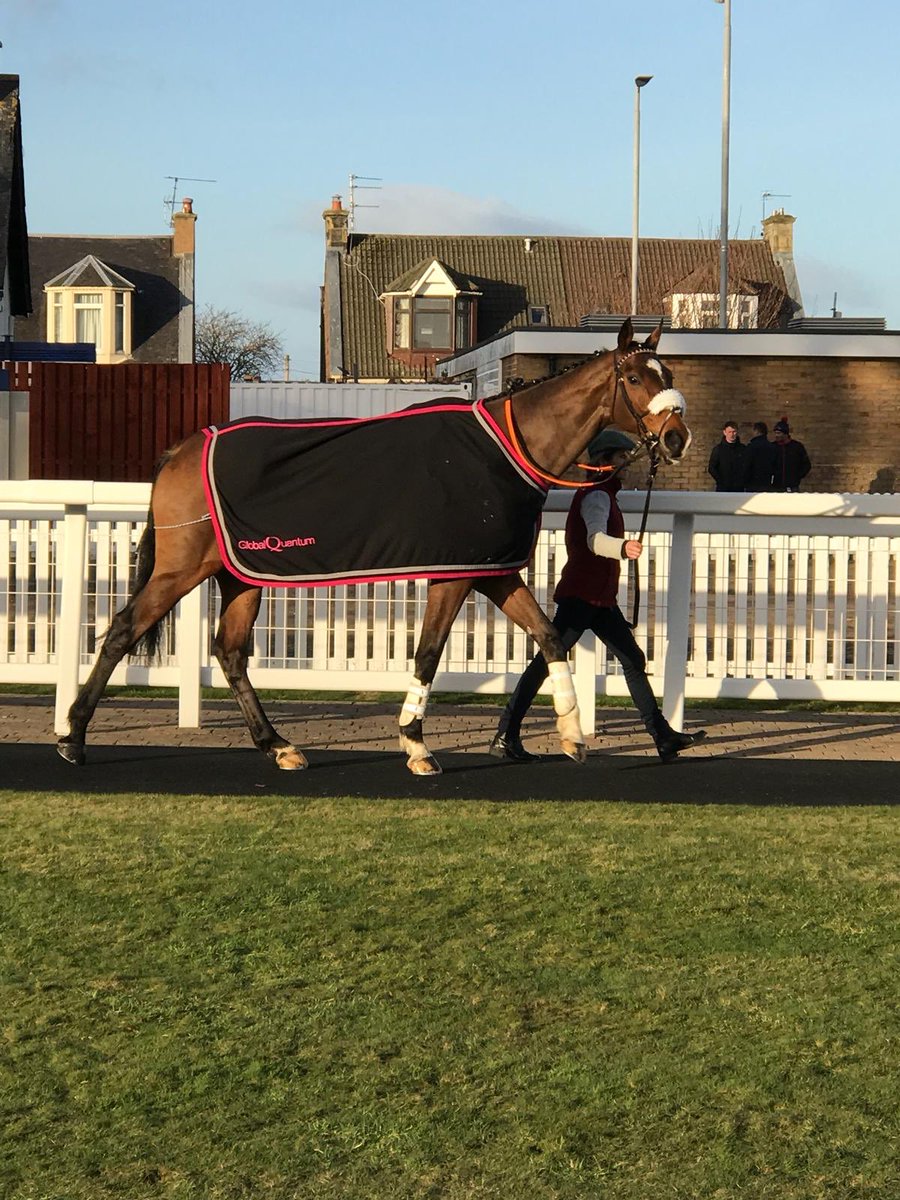 Ca Le Ferra in the paddock at Ayr

One of our latest acquisitions - Honourary Gift ran in the Bumper but he was very buzzy in the paddock and was even worse when Steven Fox mounted. He was wound up down at the start and in this state it would have been difficult to hold him up and so he set off in front but never really relaxed.   By the time he reached the home straight, he was pretty much a spent force.   He works well at home so we need to teach him how to settle and school him so he can go Novice Hurdling as soon as possible as this will help.

So out of six runners, we had one win, a second, two fourths and three best turned outs – not a bad strike rate!   Meanwhile we are all watching how the winter weather develops.   The pundits are warning of very little rain but an inevitable cold snap – the question is when?   Europe is already suffering under severe conditions with colossal snow falls in the Alps, southern Italy and in Greece.

Due to the ground we only have just a few entries next week at Kelso and Newcastle.