Bikinis and swimming trunks have been the compulsory wear for all horses and staff here this summer as we have never known it so hot - it was 34C at 3pm on the 27th June so well done to everyone for keeping going. It will be a dream to remember come sleet in Feb!

At  Musselburgh on Saturday 2nd June I Am Dandy ran in the 7f sprint Handicap for CFS. This was a much improved effort despite a poor start from the stalls. He is definitely progressing.

It was Hamilton Park next on Wednesday 6th June where we had two runners in the 6f Novice Stakes. It’s Never Enough ridden by Jack Garrity came third but was only beaten by half a length and was conceding 8lb to the winner and 4lb to the second horse. This was another promising run and he is now eligible for handicaps.

Burns Supper with Jamie Gormley on board showed plenty of early speed and he is showing enough to persevere with. 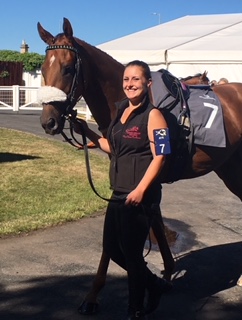 On Friday 15th June we were down at Uttoxeter where Jassas ran for John and Jill Dodd in a competitive 2.4m Novice Chase ridden by Brian Hughes. This was only his second start over fences and he was given a well-judged and positive ride from Brian showing great determination to stay on and win by a length. He is only six and looks an exciting prospect.

The good form continued on the next day on Saturday 16th June  at Hexham as Calach ran for the first time over Hurdles, again ridden by Brian Hughes, for James Westoll and Wilson and Margaret Graham. Jumping fluently, he was second throughout the race but when it mattered  most on the line he won by a head in a very exciting finish. This was a great result for his very patient owners. We are very lucky to have such owners.

At Ayr on Friday 22nd June Burns Supper ran for the CFS in the 5f Handicap with Conor Murtagh. Sadly it was just not his day and we think maybe he needs a more testing track or a longer trip.

Back to Hexham on Sunday 24th June, Sleep in First was running in the 2.4 Handicap Chase for the Craig Farm Syndicate with Brian Hughes in the saddle.  He was running a very good race when he made an uncharacteristic blunder at the 3rd last fence which put paid to his winning chance. However, giving 7lbs to the winner Ever So Much, he ran on to be a gallant second. What a super horse he is and he seemed to get the longer distance well which will open up a few more doors to him.

On Monday 25th June there was a lovely service led by Scott McCarthy for Andy Warwick who was one of our very best gallops men. This was held in Andy’s garden with close friends and family amongst the flowers and vegetables he was so passionate about. He was a great JER servant with always a smile or a joke, no matter what the weather or the problems as he worked alongside Willie Cowe. He had a very good send- off - a great man and we will all miss him hugely.

On Friday 29th June, Adam organised a BBQ in the yard for Staff Racing Welfare week. This was totally funded by ROA which was very generous of them. Unfortunately, not a good time of year for us as only a skeleton staff was around but it is a great idea. We are enormously lucky to have such a great team and it was a good way to say THANK YOU!

On Saturday 7th July at Carlisle we ran It’s Never Enough with Graham Lee up in the 7f Racing UK Handicap. The going was good to firm and we had walked the track several times up to race day. The grounds team had worked tirelessly to ensure there was no jar but watering in these unprecedented hot and dry conditions is very difficult.   After a month since his last run, It’s Never Enough ran too keenly and was beaten by three lengths.  A morning canter might have helped but he has suffered no ill effects and has dropped a handy 2lb in the weights. We will likely go back to 6f next time again and ideally if the ground were not so firm we could run him more frequently to help him settle. But he is a lovely big horse with a more staying profile for the future so he won't be rushed and jarred up.

An enjoyable evening of music followed with Paloma Faith performing could there be a better amphitheatre with the sun setting over Carlisle and the English not wanting their celebrations to end. 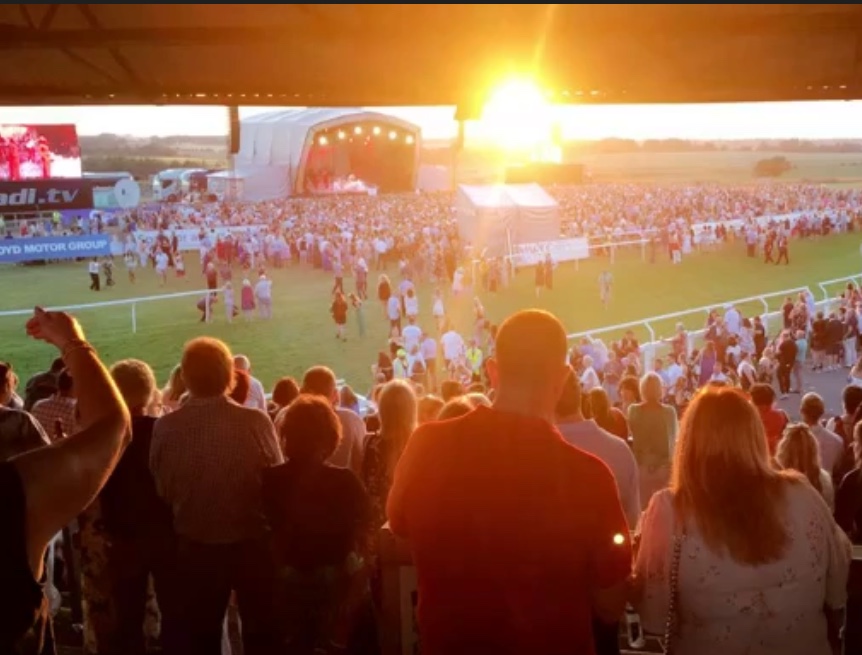 We were back up to Ayr on Monday 9th July with the two Craig Farm Syndicate horses running in the two divisions of the Apprentices' Handicaps. Burns Supper went first in the hands of local rider Jamie Gormley who celebrated his 50th winner last week. They went very quickly and he was never into a competitive position. He is definitely not enjoying the very firm ground and was pretty stiff and sore the next morning so some patience will be needed.

By Contrast I Am Dandy relishes these conditions. In the following race (ridden by Rob Fitzpatrick), he broke well  and had a lovely clear run down the straight only to miss his first win on the line by a head. He hung slightly in front showing a little greenness (probably having never seen the front before!). He was the only 3yo in the race with the winner twice his age and as he had not had the perfect preparation up to the race this was a gutsy performance. He is a really tough little horse who will be winning for the club very soon and has shown versatility having run well going left and right and on galloping and tighter tracks. 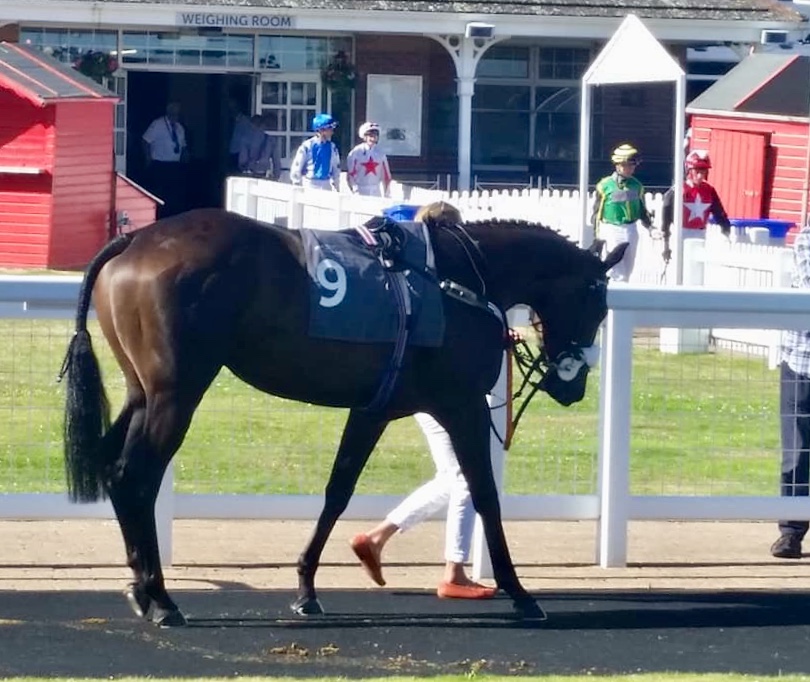 We were very sad and sorry to hear of the sudden passing of racecourse farrier and friend Tommy Cuthbert. As always he was there to greet everybody arriving in their lorries on Saturday 7th at Carlisle with a wink, a smile and a kind word or two. Many a time he has met us on the course with nothing ever being too much trouble. Our thoughts are very much with his family now and he will be greatly missed.