Over the course of 10 days we were on a roll with seven runners scoring two wins and four seconds. Five were also awarded bto including £100 at Hexham from Totepool, so a big thank you to them. Also David made a rare racecourse appearance and led up Calix Delafayette at Kelso! 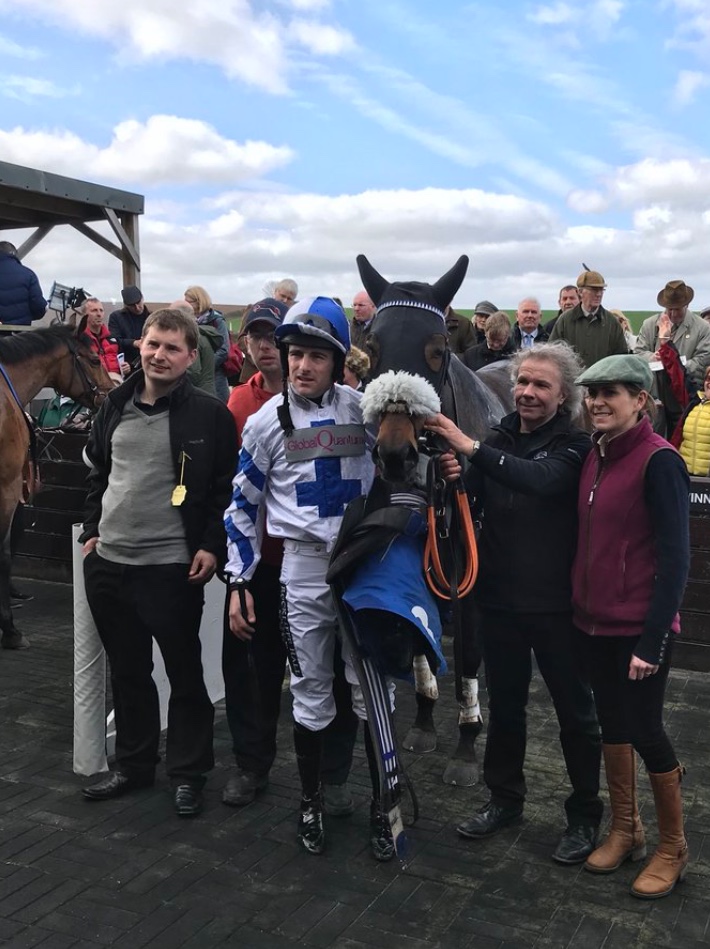 On Saturday 14th April four went to Newcastle where the going was soft.

Ascot De Bruyere ridden by Steven Fox was running his first race for a year and up in trip, he jumped really well to win the 2:7 Handicap chase by 24 lengths. This was a great result for his very patient owners and hopefully there will be another race for him at Cartmel. 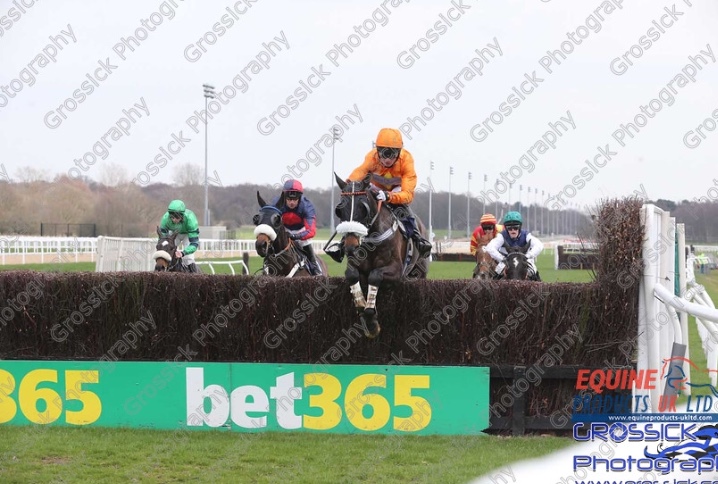 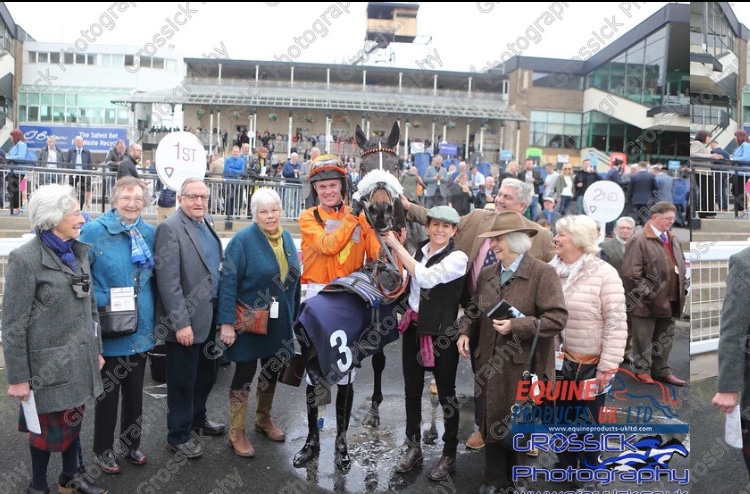 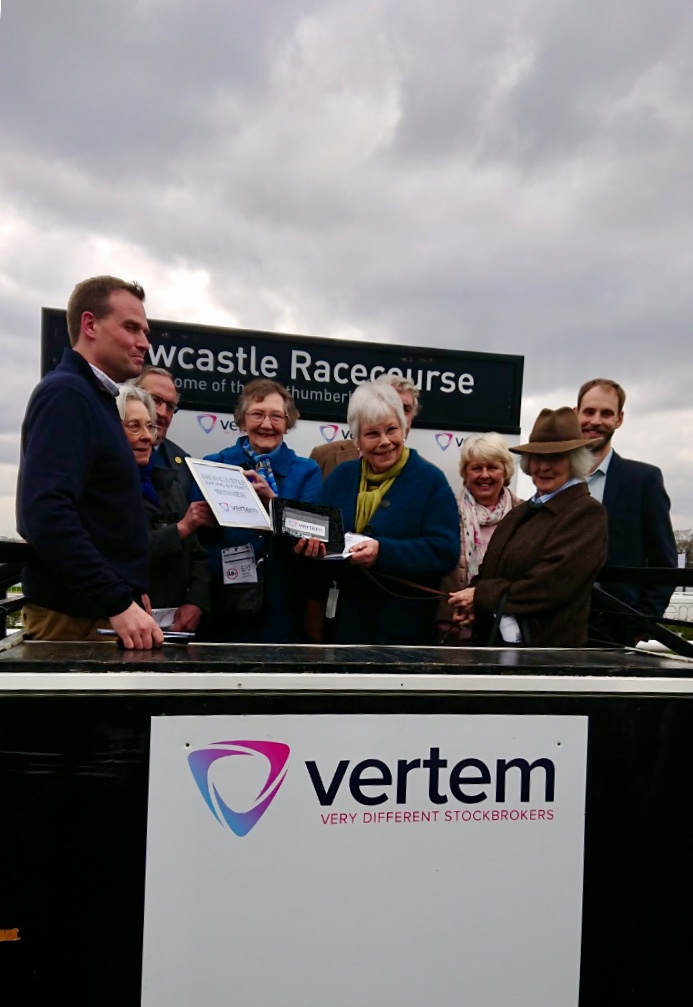 Un Guet Apens was second under Conor O’Farrell in the 2:4 Handicap Chase where only two finished. He has had a very busy season and will now go out to grass.

Sky full of Stars was unlucky not to win and was only beaten by ¾ length in the 2 mile Handicap Chase and this was another solid effort again for Steven Fox.

Ange Des Malberaux was pulled up not being suited by the soft ground.

On Monday 16th April we had one runner and one winner at Kelso. Calix Delafayette ridden by Brian Hughes (winner number 138) was having his first run after a wind op in the 2:2 Novice Hurdle. He won handily and should be a good chasing prospect for next season. 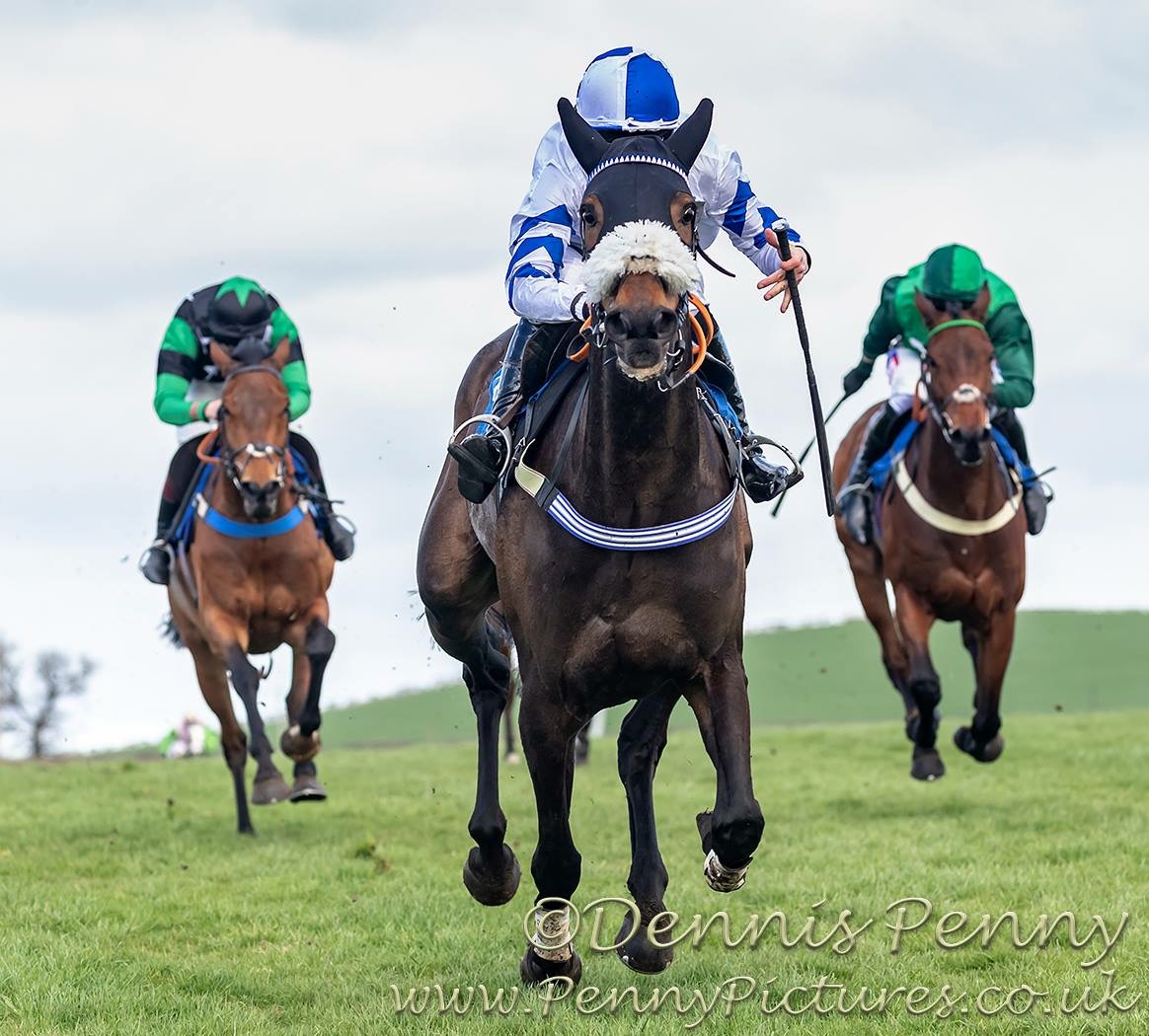 On Saturday 21st April again we had one runner in the Bumper at the high profile Scottish National Meeting at Ayr. Black Pirate who was top weight with a double penalty carrying 11:5 ran a very impressive race making ground stylishly on good going to be second to the very highly regarded Sebastopol carrying 10:9 trained by Tom Lacey and ridden by Aidan Coleman. What an exciting prospect Black Pirate is and whatever he does hurdling will be a bonus as he is a chaser in the making.

At Hexham on Monday 23rd April the consistent Sky full of Stars was out again ridden by Steven Fox. He was sent off favourite to run in the very competitive 2m Handicap Chase carrying 11:7 in tiring ground. This would not have suited him he ran another brave race only beaten 2:1/4 l by Dale Irving on Miss Mackie for Mike Smith only carrying 10:4.

The same day Briony ran Firmount Gent making his debut in a Hunter Chase at Sedgefield and giving Tom Forsyth his first ride under rules. Sadly he bled having looked to be going great guns and was pulled up quickly. 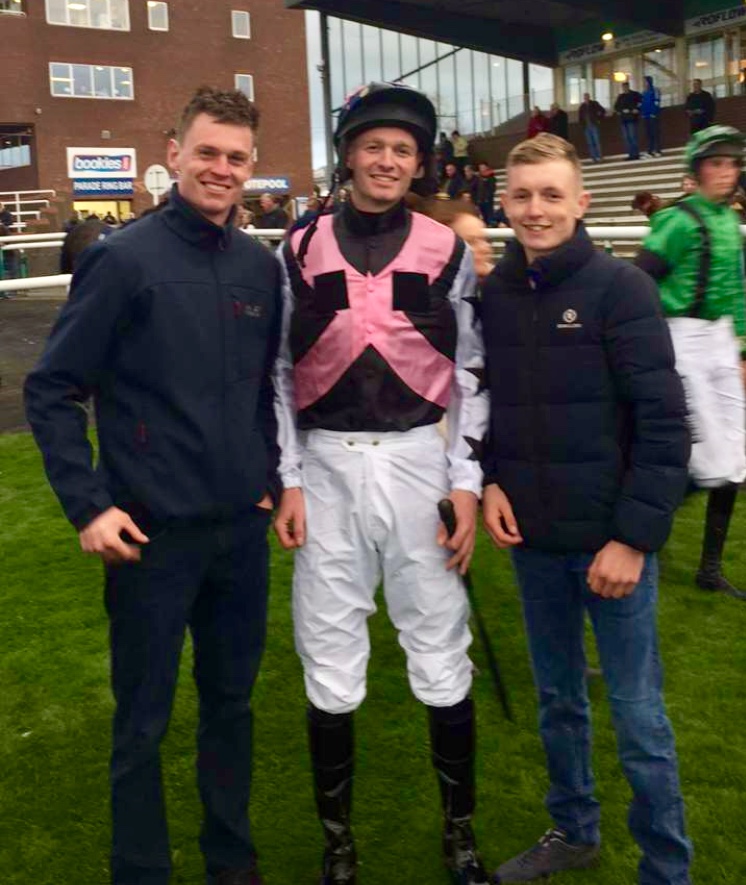 On Wednesday 25th April we ran I am Dandy at Catterick in the 7f Handicap ridden by Rhona Pindar but he was unlucky with the draw and never got into it.

At Perth on Friday 27th April Bluefortytwo ridden by Henry Brooke ran in the Bumper and he came an encouraging fourth in a classy contest.  A galloping track and more pace early on would have suited him much better but he is a very nice horse for the future. He will now go out to grass and possibly run in one more Bumper next season before going Novice Hurdling. 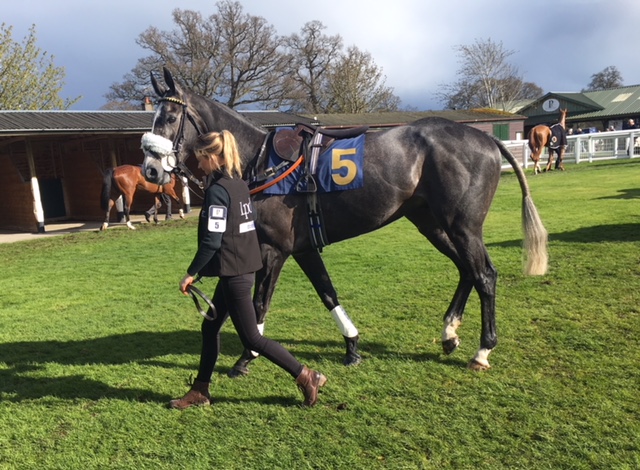 Colin Leggat who is a member of the Craig Farm Syndicate is doing a charity walk for the Injured Jockeys Fund/Racing Welfare and has asked for support.

Gemma Hogg – Micky Hammond’s Racing Manager – has written a book Stable Lass (published 5th April 2018) which has reached Number 1 on Amazon Horseracing Books list so should be an interesting read.

Watch out next week for entries on the flat at Thirsk and Southwell.