July has been a good month so far for us with two winners and a second from four runners.  It was great to have two wins at Perth with For Three on1st July and Juge Et Parti on 11th July winning on his first start for the yard after we purchased him at Doncaster Bloodstock Sales in May. 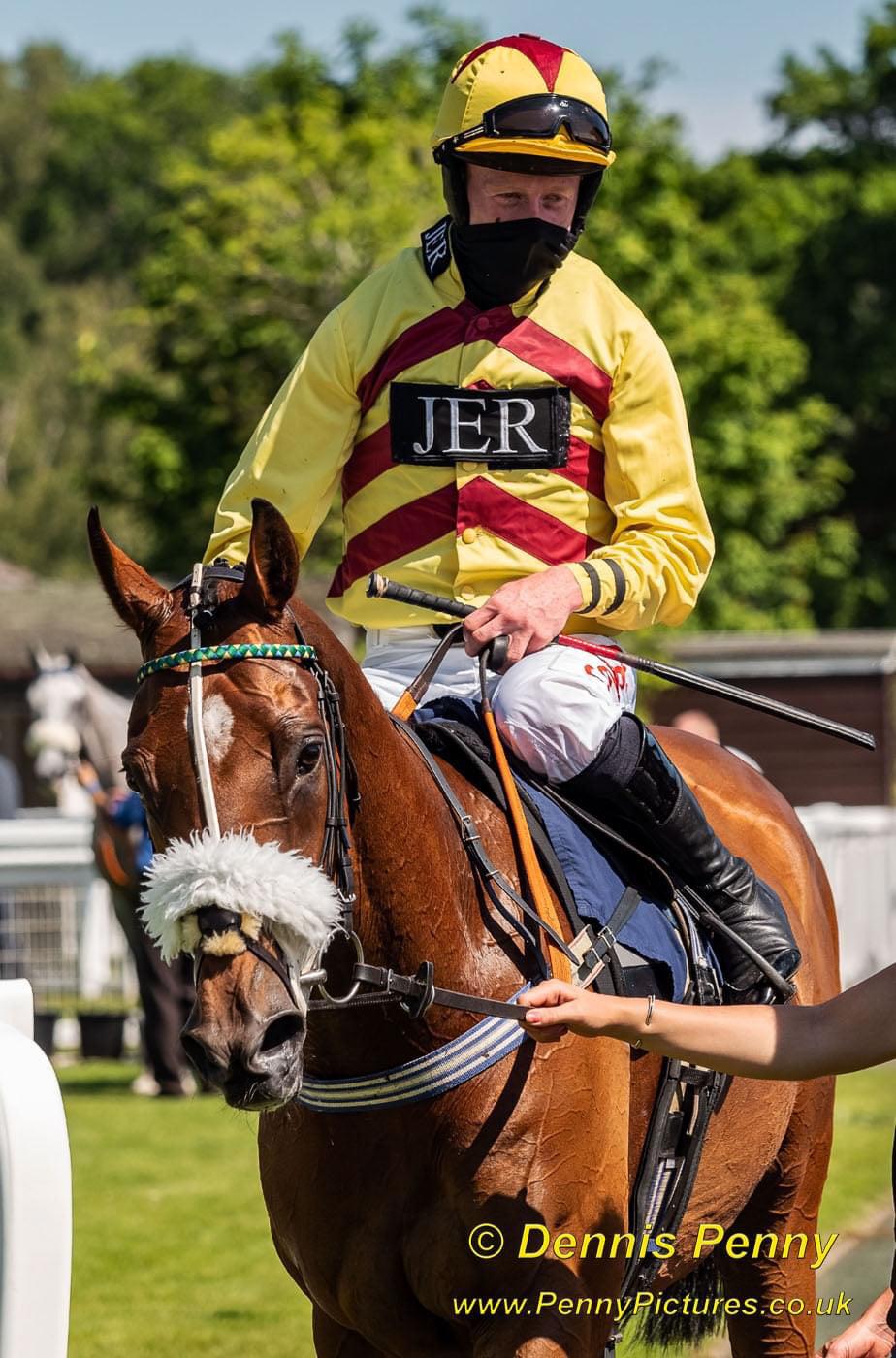 SAVE THE DATE!  We are very pleased to be able to hold our Owners’ Day again on Saturday 19th September.  Due to Covid uncertainity we are restricting numbers to 60 so could you please let us know if you will be able to come by emailing the office office@jeracing.co.uk 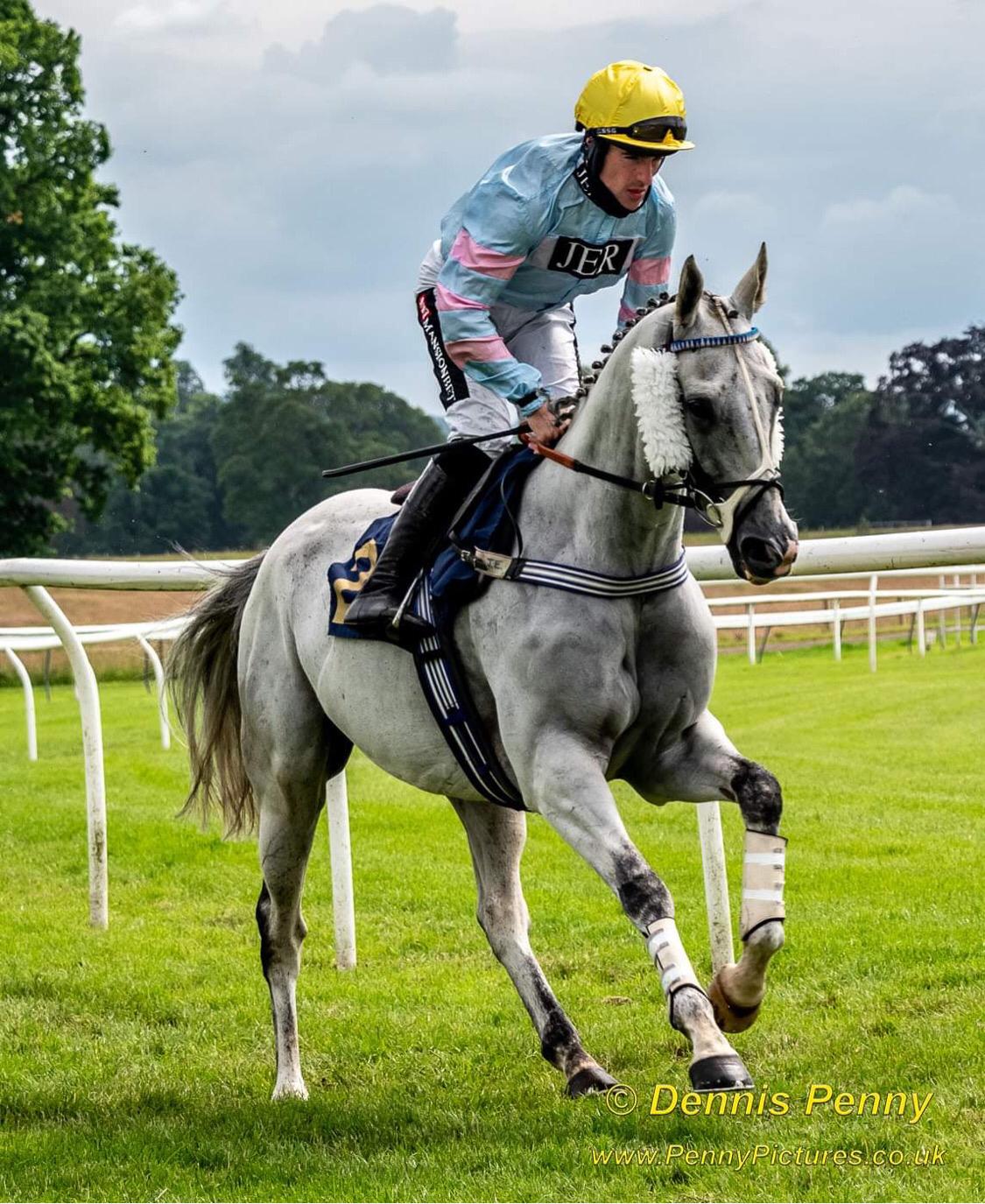 Danny McMenamin gave For Three an excellent ride in the 2 mile Handicap Hurdle.   Fitted for the first time with cheek pieces he was pretty keen to start but Danny managed to settle him well.  We were lucky to have a late declaration with a front runner in Finisk River and Danny was not going to let him out of his sight.  He managed to get him settled well and timed his run to perfection to beat Finisk River by ¾ length and these two were way ahead of the rest of the field.   He has come out of his race very well and there are still some shares available. 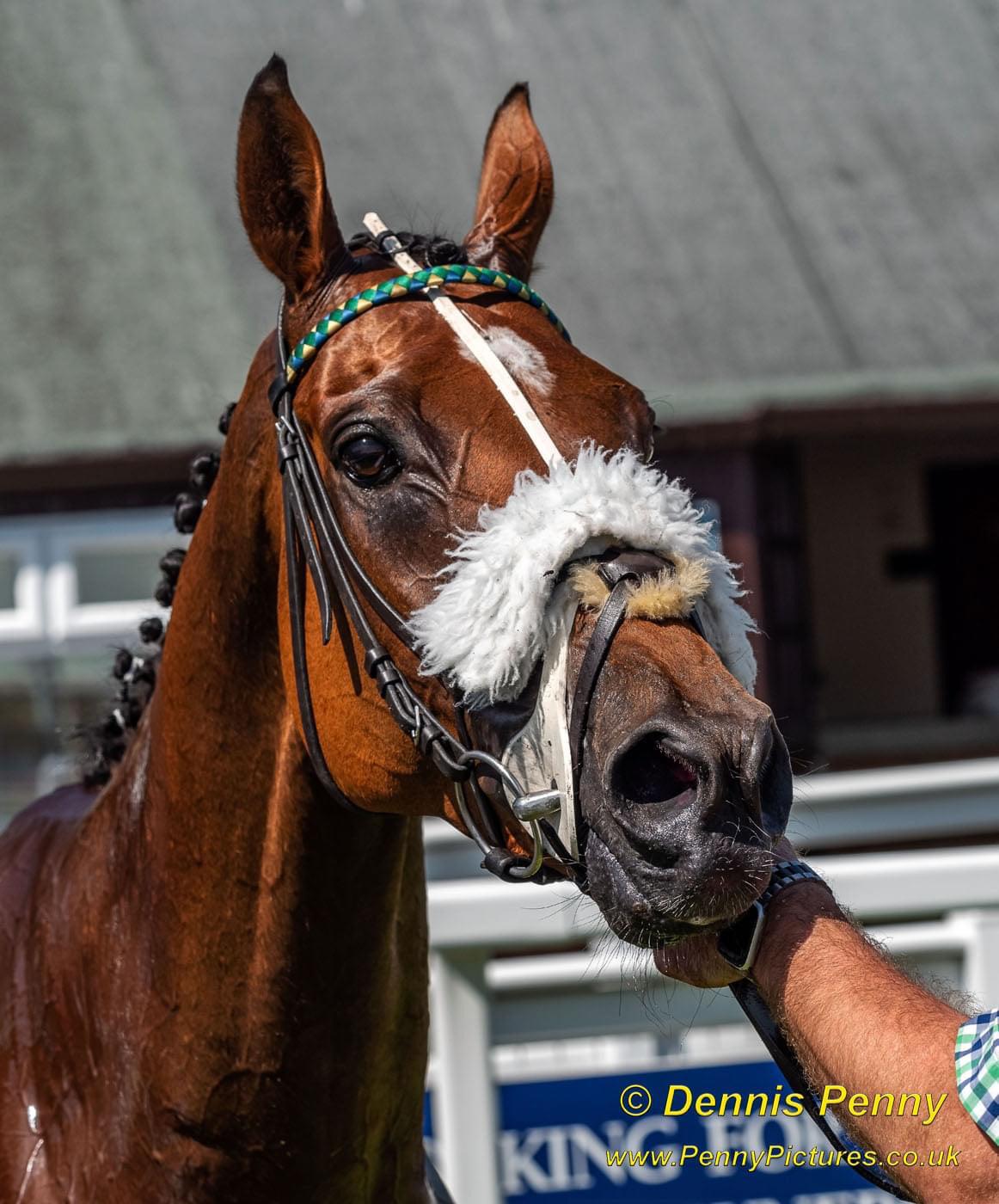 For Three looking pleased with himself after his win at Perth

After making a promising start to chasing, Honourary Gift has rather lost his way and after this run in the 2 mile 1 furlong Handicap Chase we have decided to put him back over hurdles which will hopefully let him enjoy racing again.  Ridden by Brian Hughes he jumped safely but could not get into any sort of rhythm .   The plus points are that he was much more settled travelling and in the preliminaries and has come out of his race very well.

Juge Et Parti has settled in quickly with us and was ready to run in the 2 mile 7 furlong Handicap Chase with Brian Hughes in the saddle.   He set off on the outside of a confirmed right-hand jumper and the plan had been to let him find his own time to enter the fray but in fact he was pretty enthusiastic from the start.  He makes a great shape over his fences and is very neat with his front feet.   Tracking the leader for most of the way he found himself in front after the bend turning in because the horse in front slipped slightly going round the corner.   With ears pricked he cleared jumped the final two fences brilliantly and went on to win by 6 ½ lengths which was a great start for the yard and his owners James Westoll, Annie Humbert, Heather Walker  & Iain Todd.

Brian Hughes on Juge Et Parti after his win at Perth

Foxey has ability but has had his training problems and so his run in the 2 mile Conditional Jockeys Handicap Hurdle was encouraging.  Tom Buckley gave him a good ride and had the horse in a lovely rhythm and he was jumping really well.  We were anxious that he should see out the race and he did exactly that to finish third beaten by 8 ¼ lengths and the front three were well ahead of the rest.

We have entries at Cartmel on 19th July.