This last week has been very busy with runners at Sedgefield, Musselburgh and Doncaster.

On Tuesday 28th November at Sedgefield Sky Full of Stars ridden by Brian Hughes ran well to be third. This was another really solid effort only being beaten by two well-weighted horses. 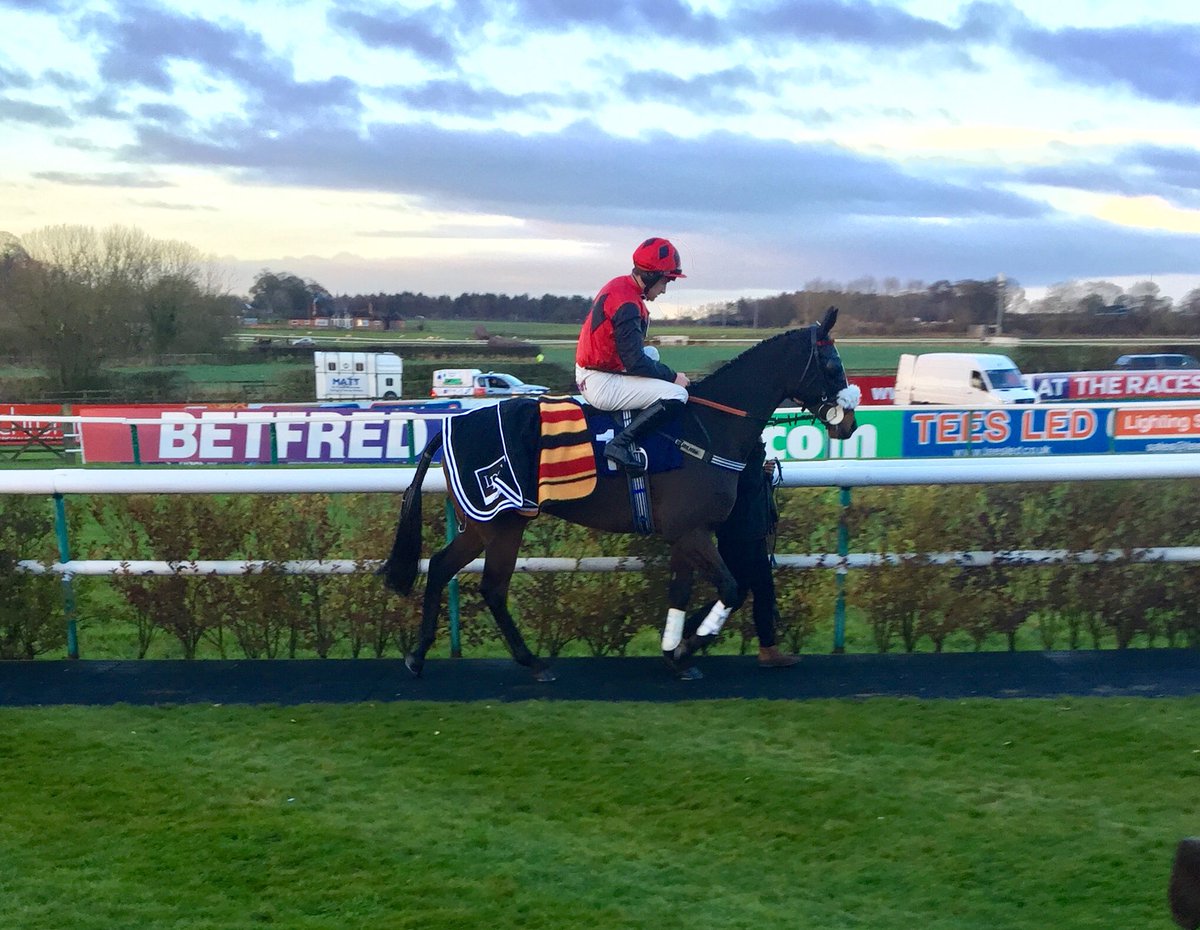 Sleep in First carrying 11.8 was also ridden by Brian and lacked nothing for fitness after a 15 month break so all credit to the home team for having him spot on.   What a consistent old boy he is and at 11 did not disappoint us in any way being second to the four year old Main Fact who was only carrying 10.8 and is already a winner on the flat in France.

Another really good day out for his loyal and enthusiastic owners.

At Musselburgh on Thursday 30th there were three runners who all performed well and were all ridden by Steven Fox. The Wise One who came second sadly was injured in the race - possibly when stepping at a hurdle so he was very brave to complete at all.

Ange des Malberaux who was third is improving and toughening up for racing. He stays well now that he is more settled.

Dear old Civil Unrest ran 4th still on a mark higher than a likely winning one so we will just have to wait for him to come back down the weights again.

On Friday 1st December at Doncaster we had high hopes for Jassas and he ran and jumped well but was not on top form so we will now give him a quiet time.

Ueueteotl ran a brave race from the front but could only go the one pace. Maybe he is better nowadays over a fence on more testing tracks like Carlisle and Hexham.

We also ran Into the Breach in the Bumper who was bred by Haras de Faydeau and who looked one of the paddock picks amongst a very good looking bunch of young horses.  He will have learned a very great deal for this run and certainly did not disappoint.  He should have a bright future chasing.

On December 2nd we run newcomer Ettila de Sivola in the 3.30pm Juvenile Bumper at Doncaster. He is a horse we really like with a great pedigree by Noroit and from the family of One For Harry. Bred by the Trapenard family in France and for whom James rode winners , he was sourced by Vincent Le Roy who runs a successful breaking and pre-training yard in Bretagne, France and who is responsible for the vitally important start of many young horses’ careers, his most famous protégée being Un Temps Pour Tout.