STOP PRESS!   Ettila de Sivola returned to winning ways at Newcastle today in the bet365.com Novice Handicap Chase providing Brian Hughes with the third leg of a four timer at the track.  Bingo d'Olivate also came a good second in the bet365.com Handicap Hurdle.   Reports will be included in the next blog. 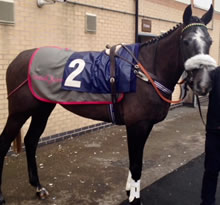 After a promising start to the season, during November the horses were not running up to expectations and we were quickly able to identify the problem as a mineral deficiency.   This necessitated a short break before resuming again at Hexham on the 11th December.   It will still be a little while until we are back to full strength but the test results are showing the horses are going the right way and although it is very frustrating, we will just need to be patient!

The ground at Hexham on Wednesday 11th December was very testing and it was remarkable that they were able to race at all after the relentless rain on the previous day.   Not surprisingly, it was mostly the low weighted horses that triumphed.

Un Guet Apens was returning to the track after 606 days off and was ridden in the 2 mile 4 furlong Handicap Hurdle by Brian Hughes. He looked wonderful in the paddock, was awarded BTO for Alex and was really pleased to be back racing.   He travelled well throughout the race and his jumping was faultless but he just tired a little up the hill towards the end of the race to finish fourth.   Brian was pleased with his performance and this was a good comeback race which will put him right for a return over fences.

Multipede also won BTO for Gemma and was ridden by Danny McMenamin in the 3mile Handicap Chase. He was not suited at all by the conditions but jumped well and was in contention for much of the race before the heavy ground took its toll and he was pulled up after the 14th fence. This was only his second chase and all good experience for him but his next race needs to be on a sounder surface.

Bering Upsun with Brian Hughes up ran in the 1 mile 7 ½ furlong Handicap Chase but he too never travelled well in the ground and also had top weight of 11 stone 12 lbs. However, apart from one mistake at the seventh, his jumping was good but the combination of the ground and stiff track did not suit him and he finished fifth. He is none the worse for his exertions and will be aimed at a race on an easier track and better going.

At Carlisle on Sunday 15th December we had two runners in the 1 mile 7 furlong Novice Handicap Chase.   Unfortunately for us there were only five fences to be jumped due to the low sun which did not help either horse.

Dunly ridden by Brian Hughes was having his first race over fences and he jumped well to finish fifth.   However, Brian thought he would be more suited by a left-handed track and with some headgear to help him concentrate so we will maybe look for a race at Ayr or Newcastle.

Into the Breach was having his second run over fences and was ridden by Rachel McDonald who felt he would be more suited by Hexham.

Brian Hughes is having a great season helped by a four timer at Carlisle. He is giving Richard Johnson a run for his money and they are currently both on 96 winners at the head of the Jump Jockeys Championship.

We are delighted to learn that Ueueteotl is enjoying his new career at a point-to-pointer with Heidi Stevens and he came third in a hot maiden race at Barbury on Sunday 15th December. 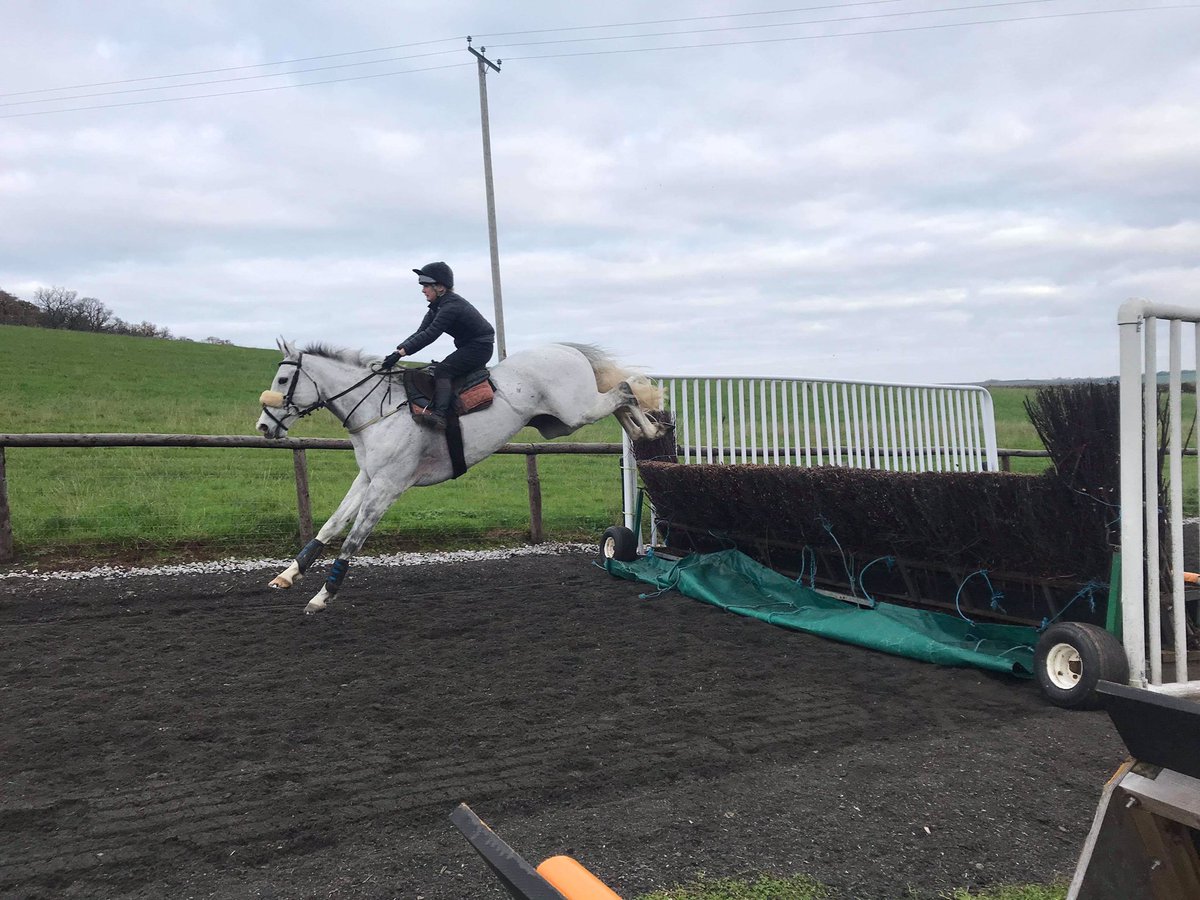 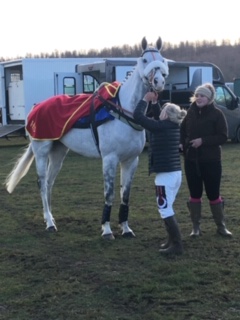 Ueueteotl taking in his surroundings at Barbury

Alex Garven who rides out for us is in her first season point-to-pointing and was riding at Alnwick on Sunday 15th and came 6th on Quick as you Can.   Alex has ridden over hurdles and on the Flat and is hoping to get a Category B licence later on in the season. 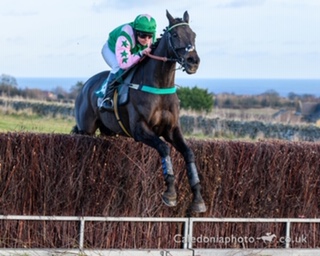 Alex Garven and Quick as You Can at Alnwick

We have three runners at Newcastle tomorrow Saturday 21st December and wish you all a very Happy Christmas and a successful NewYear.