The Tide is Turning

We have had a frustrating spell with the horses not running up to form during November and the beginning of December.   This was due to events outwith our control with the cause being identified as a bad batch of feed and  this has resulted in our making a lot of positive alterations swiftly. However, we are now getting back on track and the first sign of improvement was a good run on Saturday 21st December by Bingo D’Olivate at Newcastle where he came second and this was followed at the same meeting by a welcome win from Ettila de Sivola.

On Tuesday 17th December,Beat Box ridden by Nick Scholfield ran in the Juvenile Hurdle at Catterick over 1 mile 7 furlongs. This was his first outing since coming over from France and his first attempt over hurdles.   He travelled well enough in mid division and on the whole his jumping was good.   However, when the pace increased he was not fluent at the third and second last hurdle and although he weakened towards the end of the race, he did run on past other horses and on his next outing on January 1st, he gave an improved performance and is going the right way.

Also at Catterick, Empire de Maulde ran in the Novice Handicap Chase over 2 miles 3 furlongs.   Again ridden by Nick Scholfield, he was held up in the rear and never really got into the race.   This was his first race over fences and apart from one or two slight mistakes, he jumped well.   However, he became outpaced and tired towards the end of the race.

On the same evening I am Dandy returned to the All Weather at Newcastle with Paul Mulrennan on board for the 7 furlong 14 yards Handicap. He had been off since June and was a bit naughty going down to the start.   He showed plenty of speed during the first half of the race and then flattened out at the 2 furlong pole.   However, this will have brought him on and hopefully the handicapper will drop now him a few pounds.

On Saturday 21st December we had three runners at Newcastle.   The going was heavy and this suited Bingo D'Olivate who was ridden by Nathan Moscrop in the 2 mile Handicap Hurdle.   Held up at the back on the whole he jumped very well and Nathan crept into contention in the home straight and was only beaten into second place by two lengths by a well handicapped horse and the first two drew 11 ½ lengths clear of the third horse.   So this was a good performance and we will try and find a similar race for him shortly. 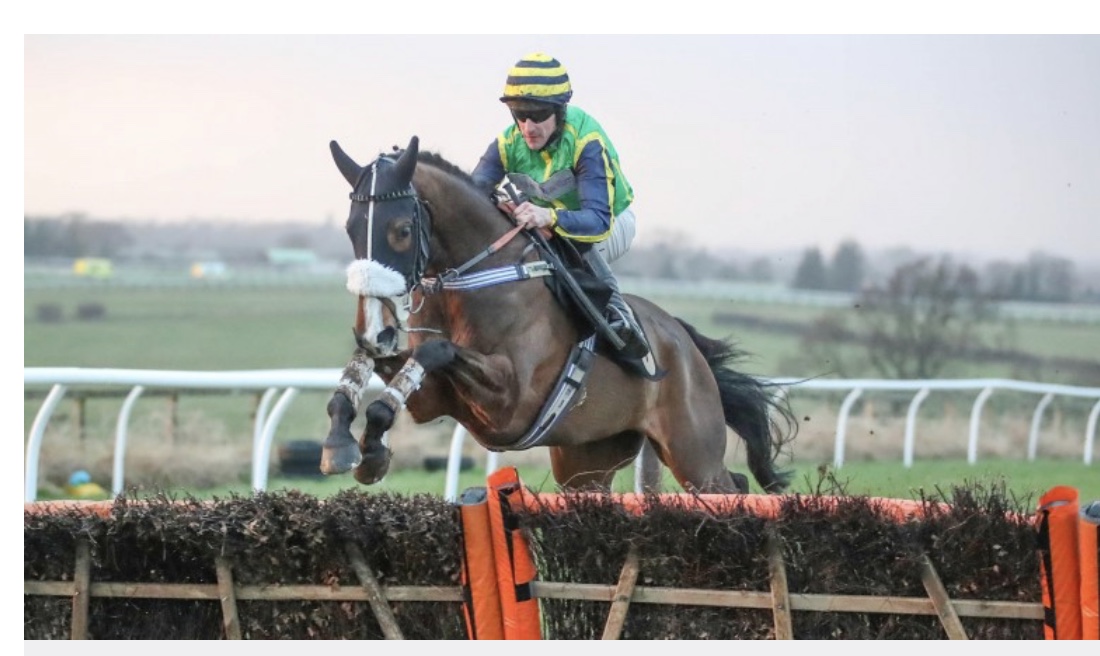 Ascot de Bruyere was back after a two month break in 2 mile 4 furlong Handicap Chase ridden by Danny McMenamin and we asked him to be positive on him.   This was a high quality race and they went a good gallop with Danny squeezing him all the way to keep his position.   As a result of this, he never had a chance to get a breather and at four out he was starting to fade.   This should have brought him on a good deal and due to the gap from his previous race, this was rather like a first run. We have in mind the Peter Marsh Chase at Haydock on the 18th January.

Our third runner at Newcastle was Ettila de Sivola ridden by Brian Hughes in the 2 mile Handicap Chase. Jumping well, he bowled along in front until he was headed four out but he rallied really gamely and showed plenty of tenacity to win by ¾ of a length.   It was great to have Ettila back to winning ways. 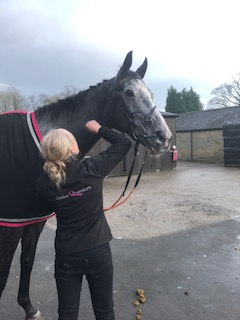 This win was part of a four timer for Brian Hughes and helped him reach 100 winners for the season.   Brian has worked so hard to be where he is at the moment and he is a very talented horseman – we are lucky to be able to use him. He was briefly leading the Jump Jockeys championship and is now only two behind Richard Johnson which is a great achievement. 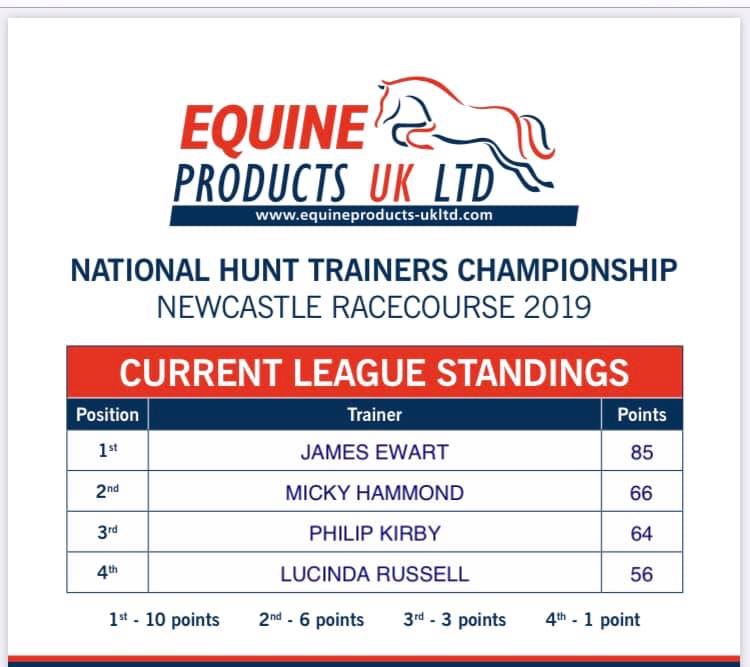 At Wetherby on the 27th December we ran Black Pirate and Charmant. Black Pirate was having his first run over hurdles and ridden by Brian Hughes, he did not disappoint. We had agreed with Brian that he should stick to the inside even though this was on the worst of the ground and his jumping was good, albeit a little bit big and slightly slow at some of the hurdles. He travelled well throughout the race and won well by a length.   This was a good performance considering he had been off the track for 600 days and will have brought him on nicely. His record now reads three wins and a second from four races under rules and a point-to-point win. 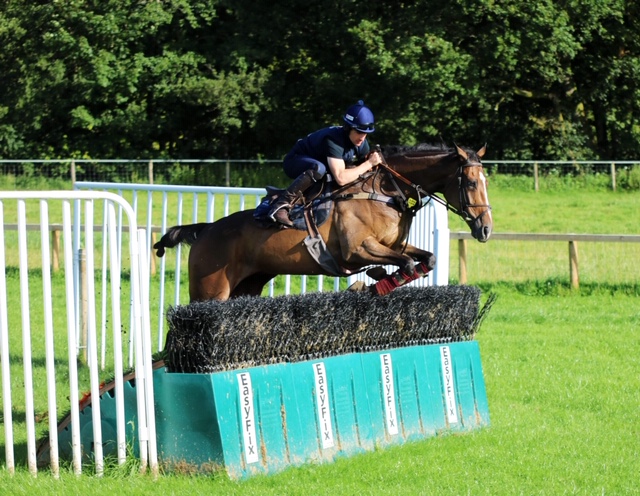 Black Pirate after his win at Wetherby

Charmant ridden by Sean Quinlan ran in the 1 mile 7 furlong Castleford Handicap Chase.   This was a classy race and we won BTO. He was fresh going down to the start and also very keen to the first.   He travelled really well and was jumping for fun in mid field and down the back straight moved up nicely but then unfortunately made a mistake two out and lost all momentum.   In hindsight it would have been better to let him bowl along as his jumping was excellent but each time he gained ground at the fences he was pulled back and therefore did not settle as well as he might.  This probably used up energy and eventually he ran out of steam towards the end to finish fifth.

We are very grateful to all our hardworking staff who come in over the holiday period and there is no time off for them and we are really fortunate to have such a dedicated team. 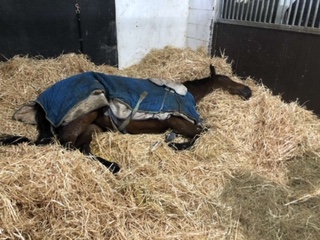 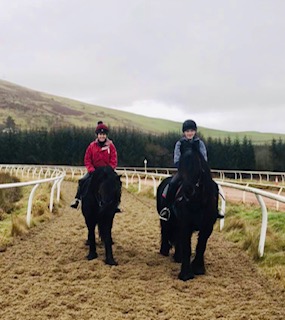 Codey Forster being taught the ropes by Finch

We have a busy time coming up over the next week with entries at Ayr, Musselburgh and Newcastle.

Wishing you all a very Happy New Year