The Present and the Past

On Sunday 1st September over 130 owners and supporters gathered at the yard for the 14th  Open Day. It was warm and sunny with only the odd shower which was an amazing break in an otherwise well-established wet and windy weather pattern. Chairs were arranged for viewing the parade and we enjoyed basking in the sunshine.

George Stanners the auctioneer from Goffs Bloodstock and James gave us an entertaining commentary during the parade of horses. They all looked magnificent and are a huge credit to all the stable staff who work so hard every day and this was a good opportunity to showcase their skills and present the horses to their best advantage.  As many of us know, George is never stuck for something to say and together with James’s very detailed knowledge of each horse, they make an amusing double act.   It was also good to have bloodstock agents Bobby O’Ryan and Bryan Murphy over from Ireland, both of whom have supplied multiple winners for the yard, casting their expert eye over the proceedings. This is always an exciting time of year when everyone is full of hopes and dreams for the season ahead.

It was then up to the garden at Craig where Neil and Sally Ewart had laid on a delicious lunch of salmon and hog roast with salads followed by mouth-watering brownies with the marquees beautifully laid out and decorated with flowers.   It was a good chance for everyone to catch up and altogether a most enjoyable day. 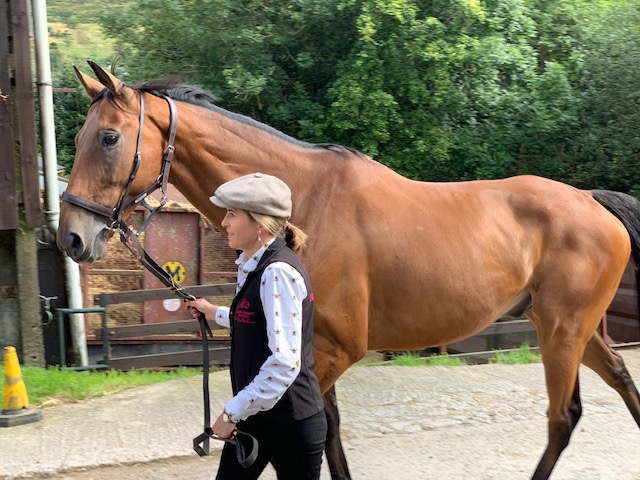 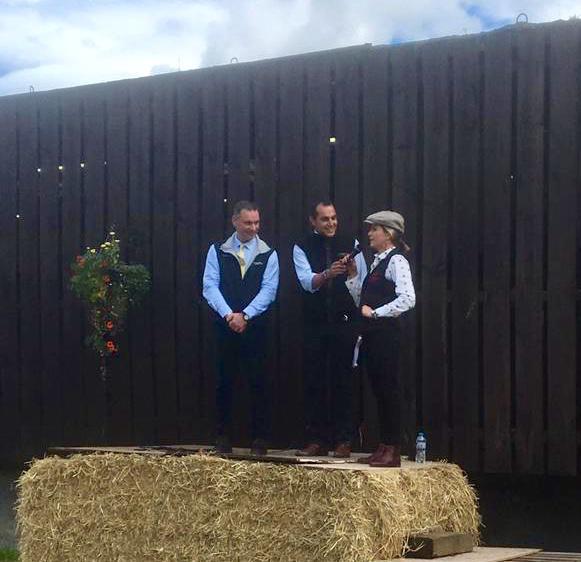 As we look forward to the coming season, we must not forget the triumphs of previous ones. This summer we have retired five of our yard favourites,   Civil Unrest, Sleep in First, Lord Wishes ,Ueueteotl and Lycidas .   Between them they have won 41 races and £265,387 in prize money. It is of great importance to us that once their racing career is over, our horses are found special homes where they can continue to enjoy being active in another sphere and receive a very high standard of care.

Civil Unrest won 12 races and had 13 seconds and 10 thirds. He was ultra-consistent and maintained his enthusiasm throughout his career. He was particularly effective at Musselburgh and we are thrilled that the racecourse have decided to name a race after him and have also very generously offered a private box to his owners during December 2019 which is a fitting recognition for a special horse. Aged 13, he has been retired sound and well to a vet on a farm near Hawick with plenty of company and so we are delighted that we have found such a good home. 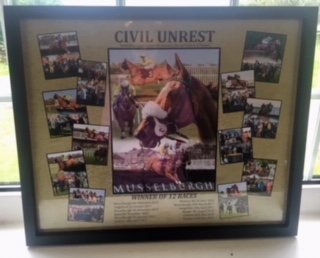 A tribute to Civil Unrest

Sleep in First - also aged 13 - is now with Jo Luton in the Borders who is involved with RoR and he has also been doing some modelling!   Sleepy came to us from Anna Bramall and has been a great servant to the yard. Ridden in his early days with us by Brian Hughes he ran up a hat trick of wins including a memorable four timer and won a total of 10 races with six seconds and eight thirds.   Jo has had a number of ex-racehorses and so this too will be a wonderful retirement. 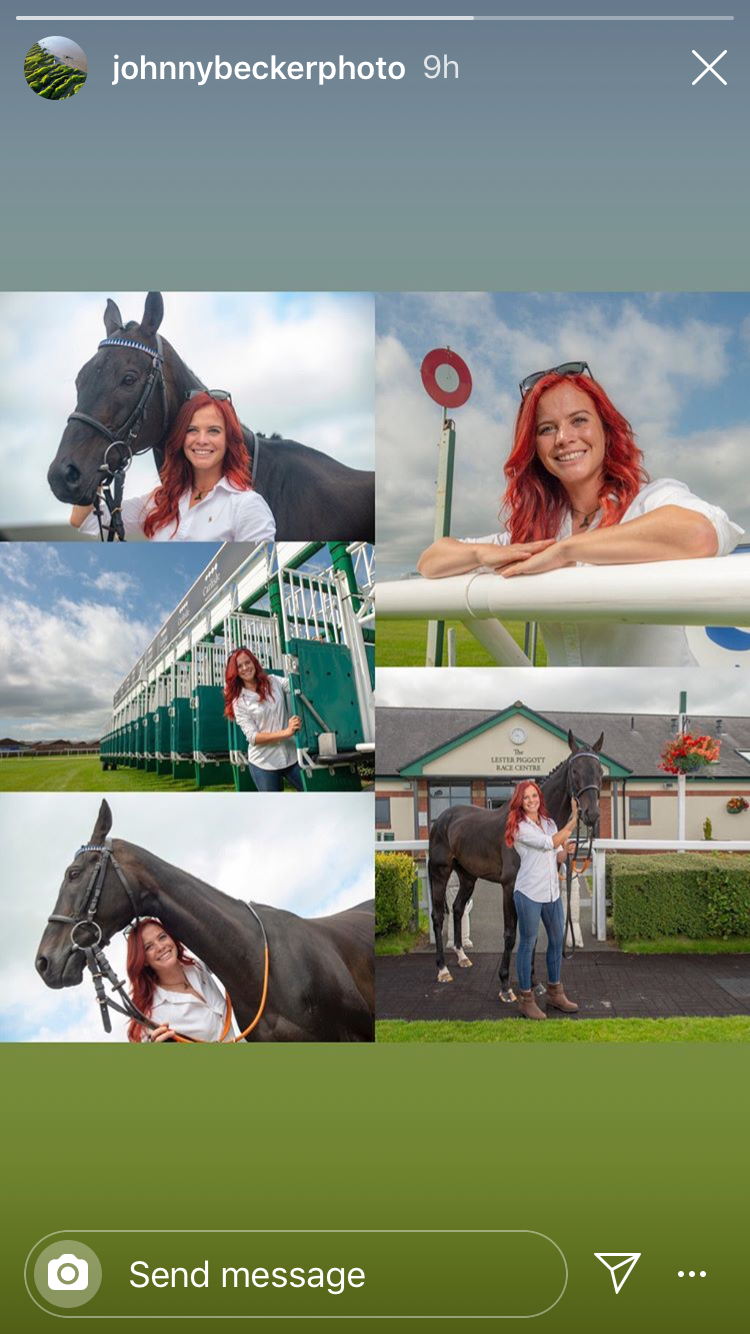 Sleep in First enjoying his new role as a male model

Lord Wishes was found for us by Bryan Murphy of the Dunraven Arms Hotel fame and was a classy horse.   Winning both his Bumpers, we went on to be successful over both hurdles and fences and won 10 races including the Bobby Renton Chase at Wetherby.   He has been retired fit and well and we are looking for a 5* home for him.

Ueueteotl was homebred by William Ewart and after winning his Bumper went on to succeed over both hurdles and fences. He has now gone down to Heidi Stevens in Devon who runs an amateur sports team specialising in bringing on ex-racehorses for RoR, eventing and Point-to-Pointing and also race rides herself.

Lycidas was trained on the Flat  before he came to us and had won three times.   In his first year at the yard, he came a close second in a 0-110 Class 2 Handicap at Ripon and also won twice over hurdles at Kelso on Ladies Day.  Aged 10, he has now gone just down the road to Solway Racehorses to be retrained for a life after racing.

We are pleased to welcome several new members of staff who have joined us for the coming season.

Amy was talent spotted by Briony at the Langholm Common Ridings and is a very good young rider for the future.  She helps us out part-time around her shcool commitments.

Rosie is a Cirencester graduate and an accomplished rider and is experienced in eventing, hunting and breaking.

Ryan comes from Hawick and has spent a lifetime with horses.

Tanith is a local lady who has been around horses all her life and is helping us out at weekends.

Thomas has spent all his life with horses and is a valued work rider.

During the summer as well as the annual painting and cleaning, we have made further improvements and now have some covered turn-out pen and new schooling grounds.   Briony has also been doing some staff training as you will see below! 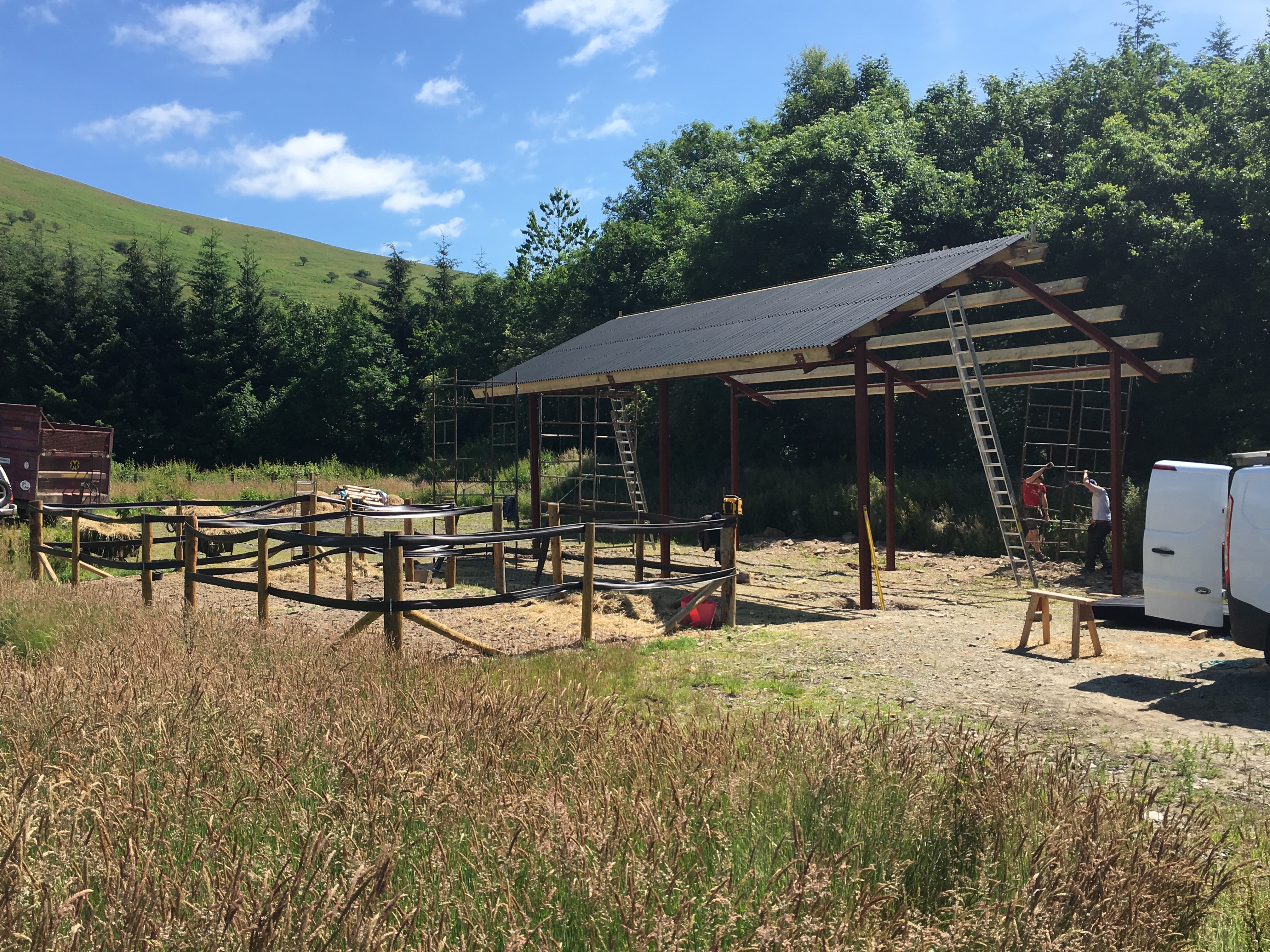 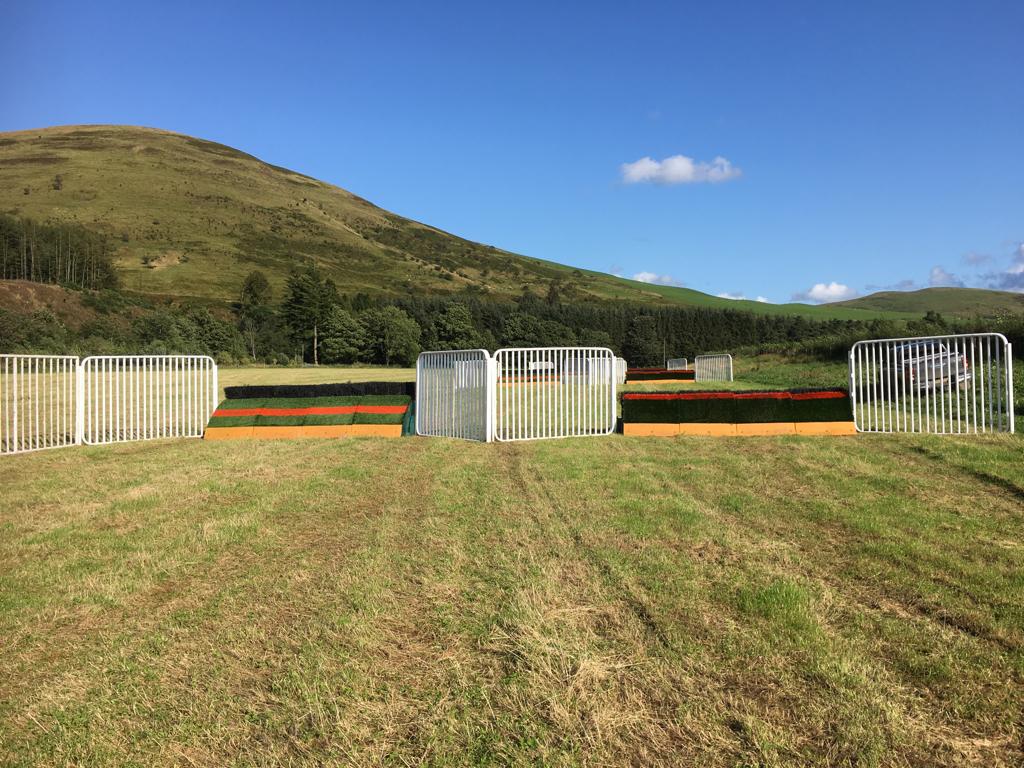 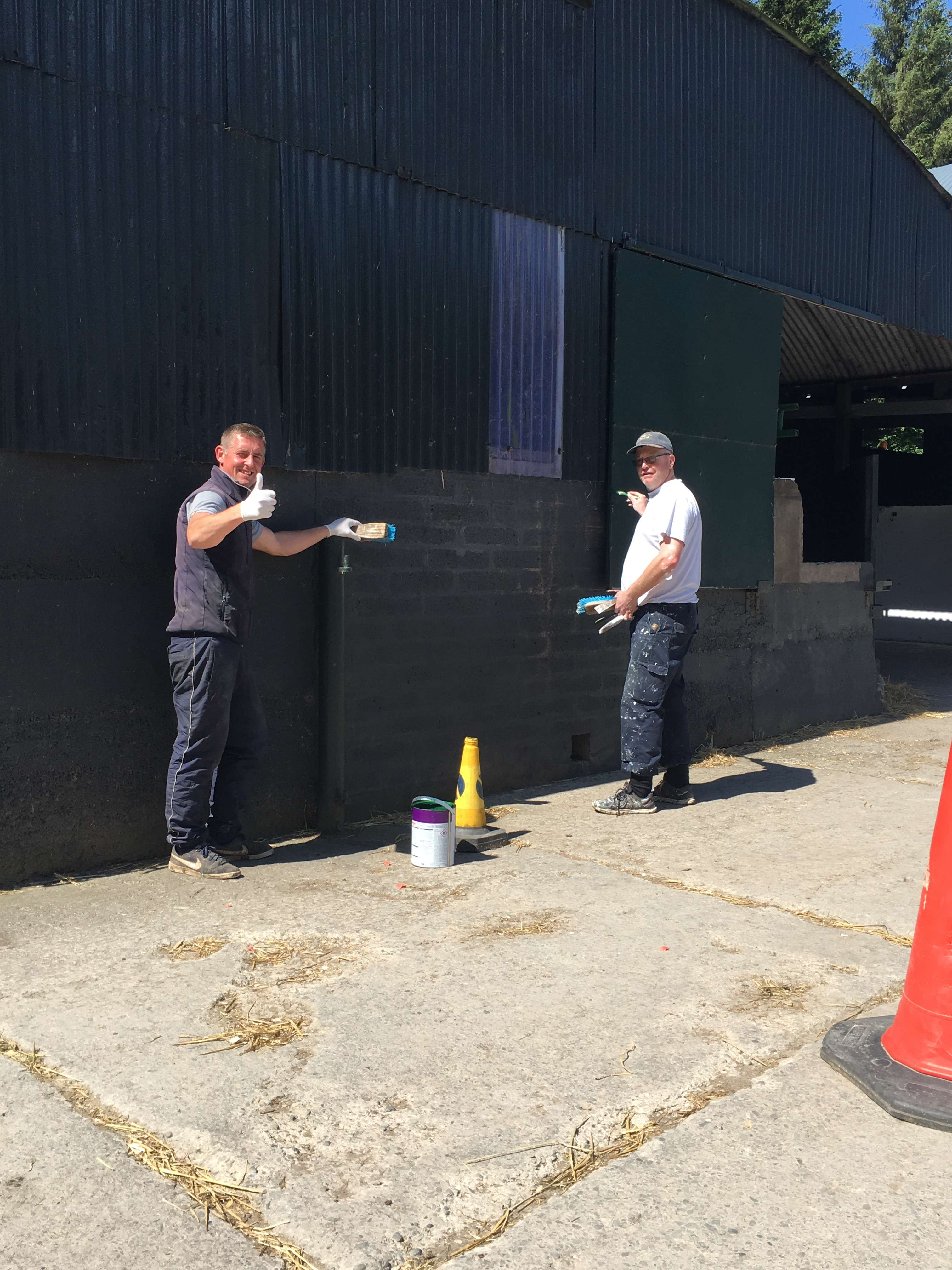 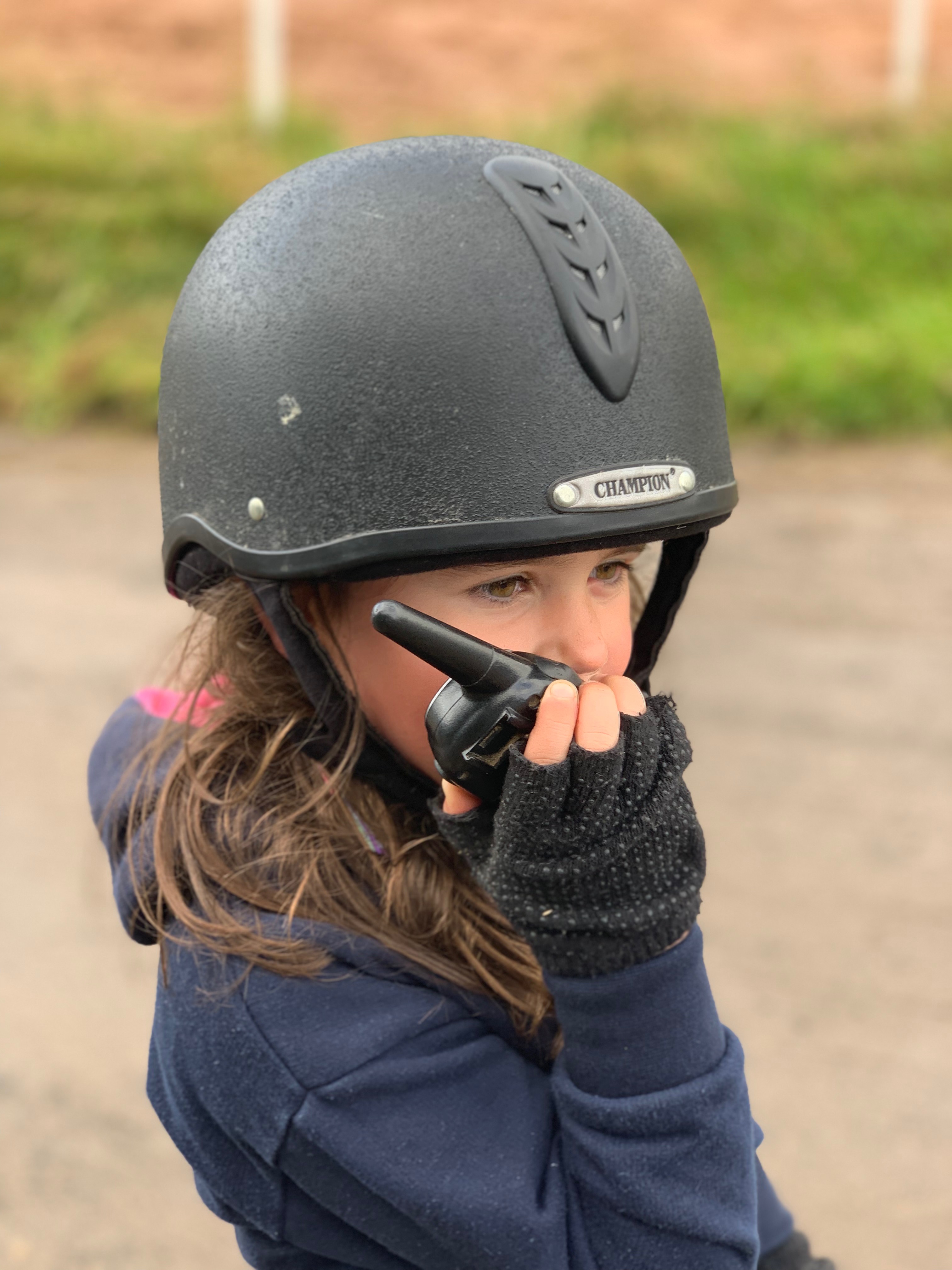 New staff being trained by Briony! 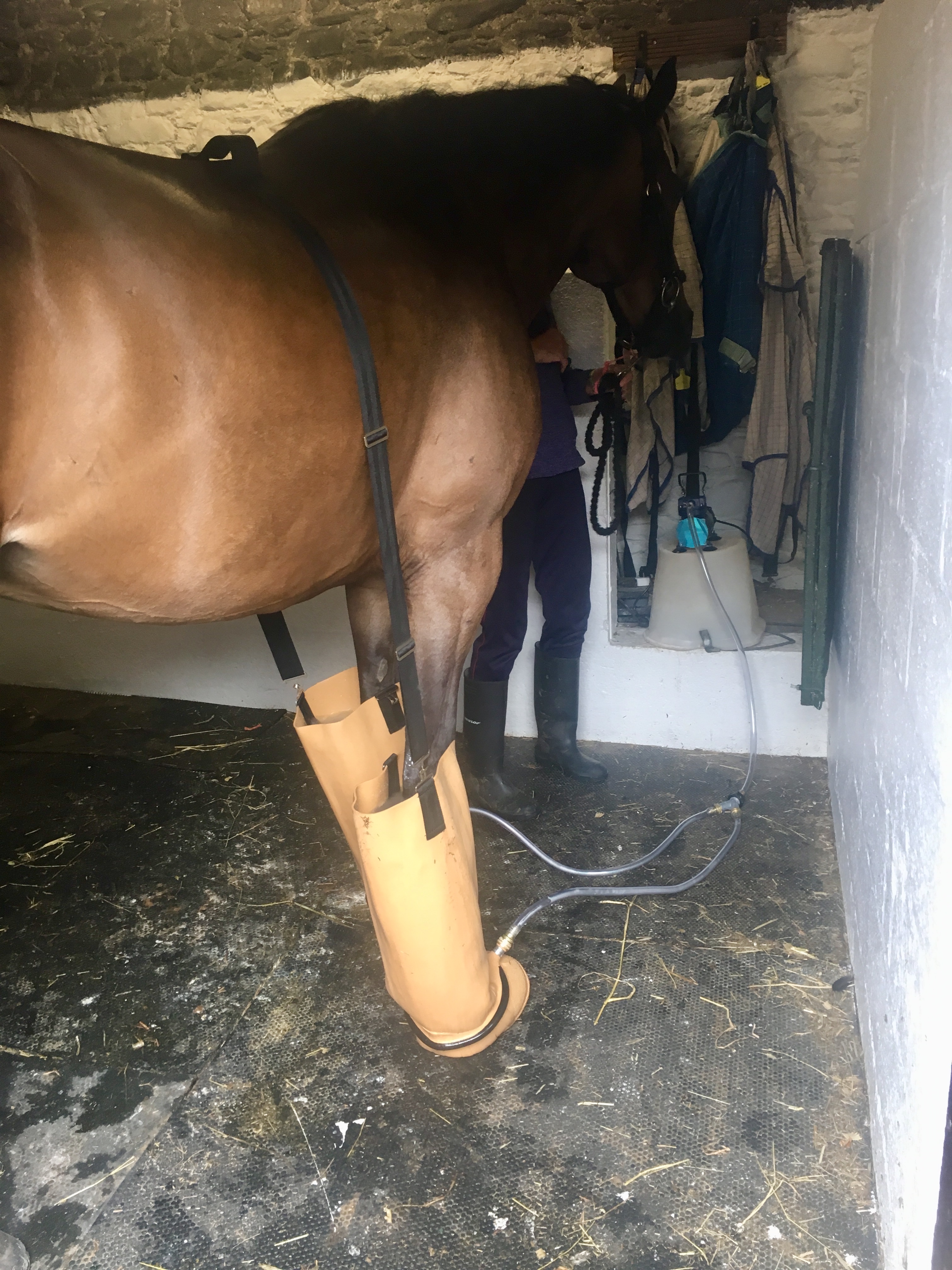