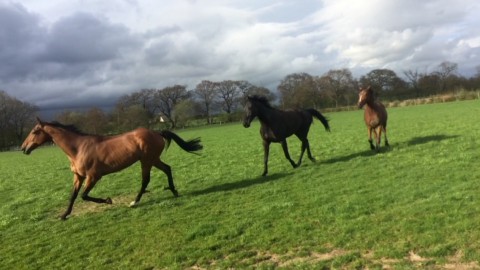 Most of the horses are now out at grass enjoying a welcome break. We are very grateful to Jenni Wharton, Julia Percy, Jill & John Dodd and Ann Fraser for taking on the responsibility of caring for them. Even though they are turned out, there is still a great deal of work involved as they require continual checking and hard feed every day....
Continue reading
846 Hits
0 Comments
Tags:
James Ewart Racing Charmant un guet apens Black Pirate Civil Unrest
Tweet 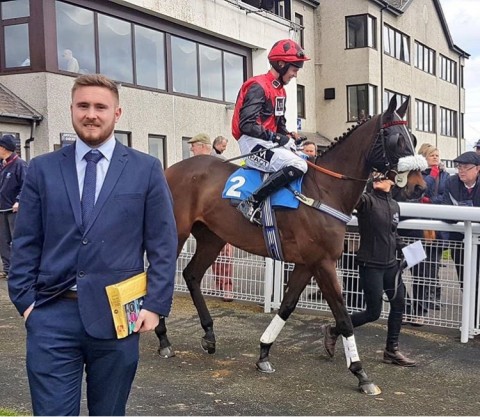 Over the course of 10 days we were on a roll with seven runners scoring two wins and four seconds. Five were also awarded bto including £100 at Hexham from Totepool, so a big thank you to them. Also David made a rare racecourse appearance and led up Calix Delafayette at Kelso !   Head Lad - David McLeod & Calix Delafayette On...
Continue reading
1217 Hits
0 Comments
Tags:
Ascot De Bruyere un guet apens brian hughes Black Pirate craig farm syndicate
Tweet 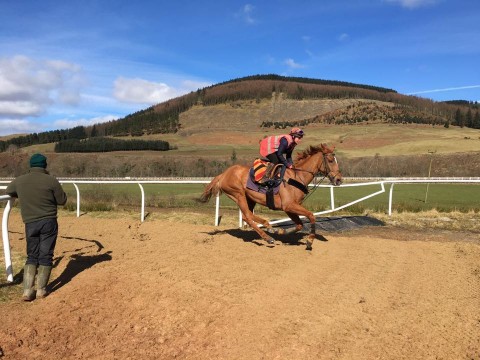 It has been a quiet time for runners since the snow cleared but plenty continues to go on at the yard. We have had some lovely spring days here this week but it has been frosty at night and the east wind is never far away! Tom Forsyth passed his Amateur Category A Licence in Newmarket this week with flying colours. He obtained...
Continue reading
1028 Hits
0 Comments
Tags:
un guet apens craig farm syndicate James Ewart Racing Black Pirate Civil Unrest
Tweet

Pirate beats the Beast from the East… 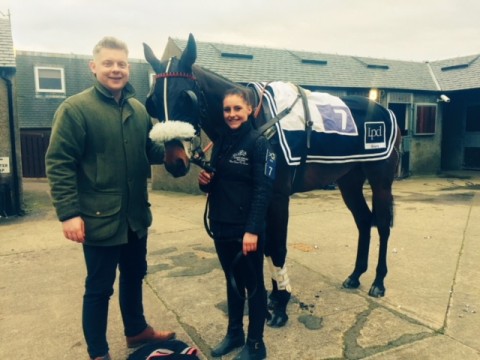 Intrepid and gallant Briony set off in freezing temperatures for Ayr on Monday where we had three runners and it was great to have a winner before the Beast from the East hit the country. Black Pirate followed up his impressive win at Wetherby in the Conditionals/Amateurs 2m NH Bumper. It was only a field of three, but he was given a well-...
Continue reading
1029 Hits
0 Comments
Tags:
Steven Fox James Ewart Racing Henry Brooke Black Pirate
Tweet 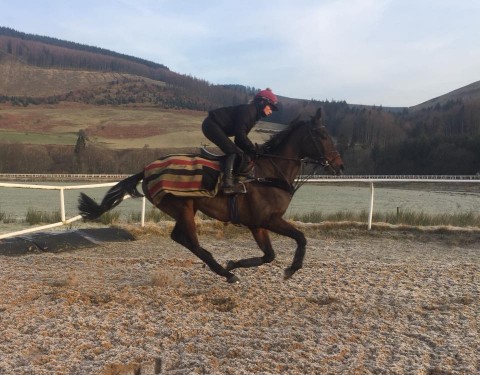 James is suffering from being a really good Samaritan…

He went to help Neil and Sally’s poor Bull Terrier who very sadly he found run over on the road here last week. She was seriously injured and when he picked her up she bit him but being James with racing the next day at Musselburgh he continued as normal. However, that night he obviously needed attention and went to A & E and hoped it would clear up. This was not the case and he was back in hospital a week later and is now home but will need more IV antibiotics next week. The moral is if a dog bites you, get it looked at immediately!

So an especially BIG thank you to David and all the team here who have held the fort and just got on with the job - how very lucky we are to have you all!

The quality of young horses here now is so exciting - certainly the best we have ever had and the dream is alive and well!

On Monday at Carlisle we ran Un Guet Apens in the C3 handicap chase. Carrying 11 stone 12 on heavy ground and for the first time over a trip of 3m1f, this understandably tested his stamina. He is so effective over 2m4-5f on soft ground and a stiff track but this time his jumping wasn’t as dynamic and he made a serious error where it really counted. This soldier really owes us little however having already this season notched up two wins, a second a fourth, a fifth and a sixth. He will need a drop in the weights again as all his wins - with the exception of Kelso in January (C2) - have been in class 4 races.
We find the stayers usually need to be prepared for just one or two good runs a season with plenty of time given between races whereas a 2m-2m4 horse can have double or treble the runs without quite the same physical exertion.

Great to have a drier spell and to have the sand back in action - the Tapeta Gallop serves its purpose so well in the extreme conditions - heavy rain, snow etc. but the sand is brilliant for fitness and preparing the young horses as it helps them to settle and relax into a good rhythm. As James said today when operational we are very fortunate to have one of the best gallops in the country.

On Friday we had a good work morning and some schooling followed by afternoon hospital visits -never a dull week! 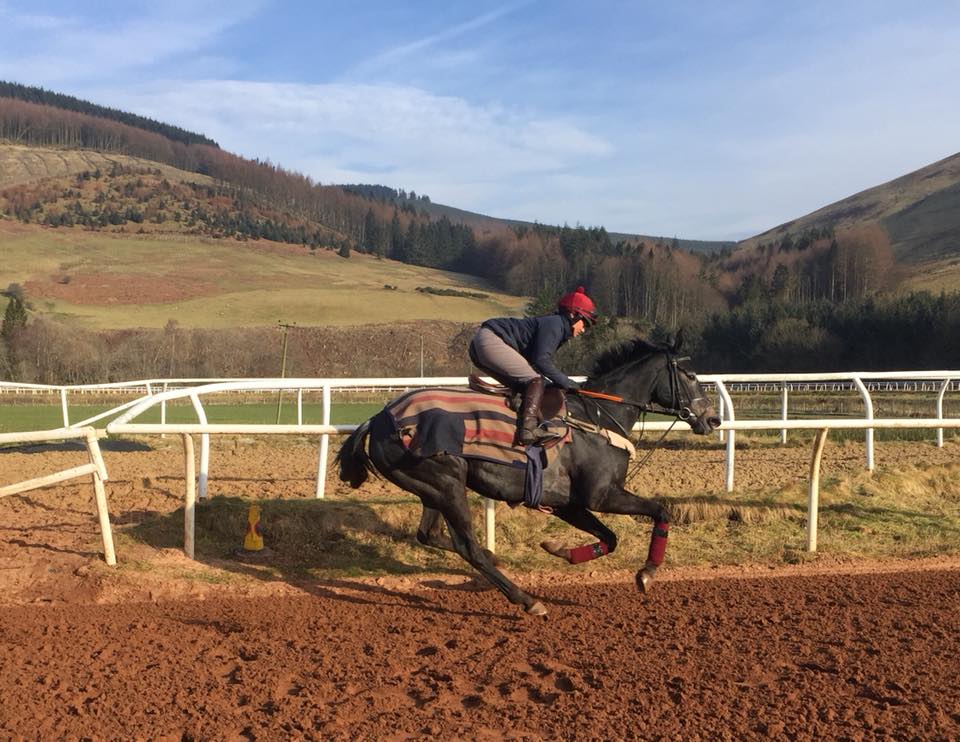 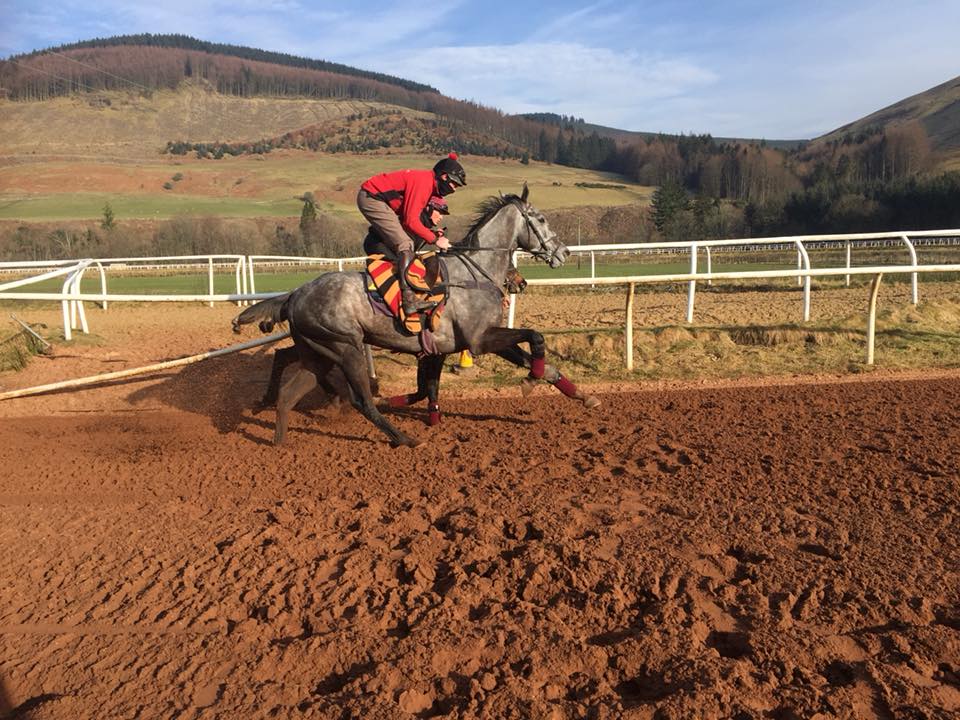 It was good to see Plus Jamais - another JER sourced and produced horse out of our mare Branceilles winning at Newcastle on Saturday. Like Sa Suffit what a servant he has been winning seven races (three Hurdle four Chase) and £30,947. We have another product just starting pre- training, Cellar Vie to look forward to for next season.

There was more disturbing news this week about the future of Musselburgh Racecourse. Following previous disputes between East Lothian Council and Lothian Racing Syndicate who currently run the course, the BHA granted a temporary licence to race which expires on the 7th April. If East Lothian Council proceeds with its plans to bring the track back under full council control, the Union representing the Musselburgh Racecourse staff has threatened industrial action. Below is the response on Twitter from JER.

With this very cold weather forecast I hope we can keep racing as we have lost far too many days already.

We had Durbanville, Sky Full of Stars and Black Pirate at Ayr on Monday and further entries this week at Musselburgh, Newcastle AW and Doncaster.