Straight From The Trainer's Mouth...

It will be no surprise to hear from James that after the exceptionally wet weather in August and September, the going on the grass gallops is heavy and not what you would expect at this time of year.   However, it does mean that the horses are further on than normal as they are having to work harder and this is improving their fitness more quickly. They all seem well and happy and anticipation is mounting for the season ahead. 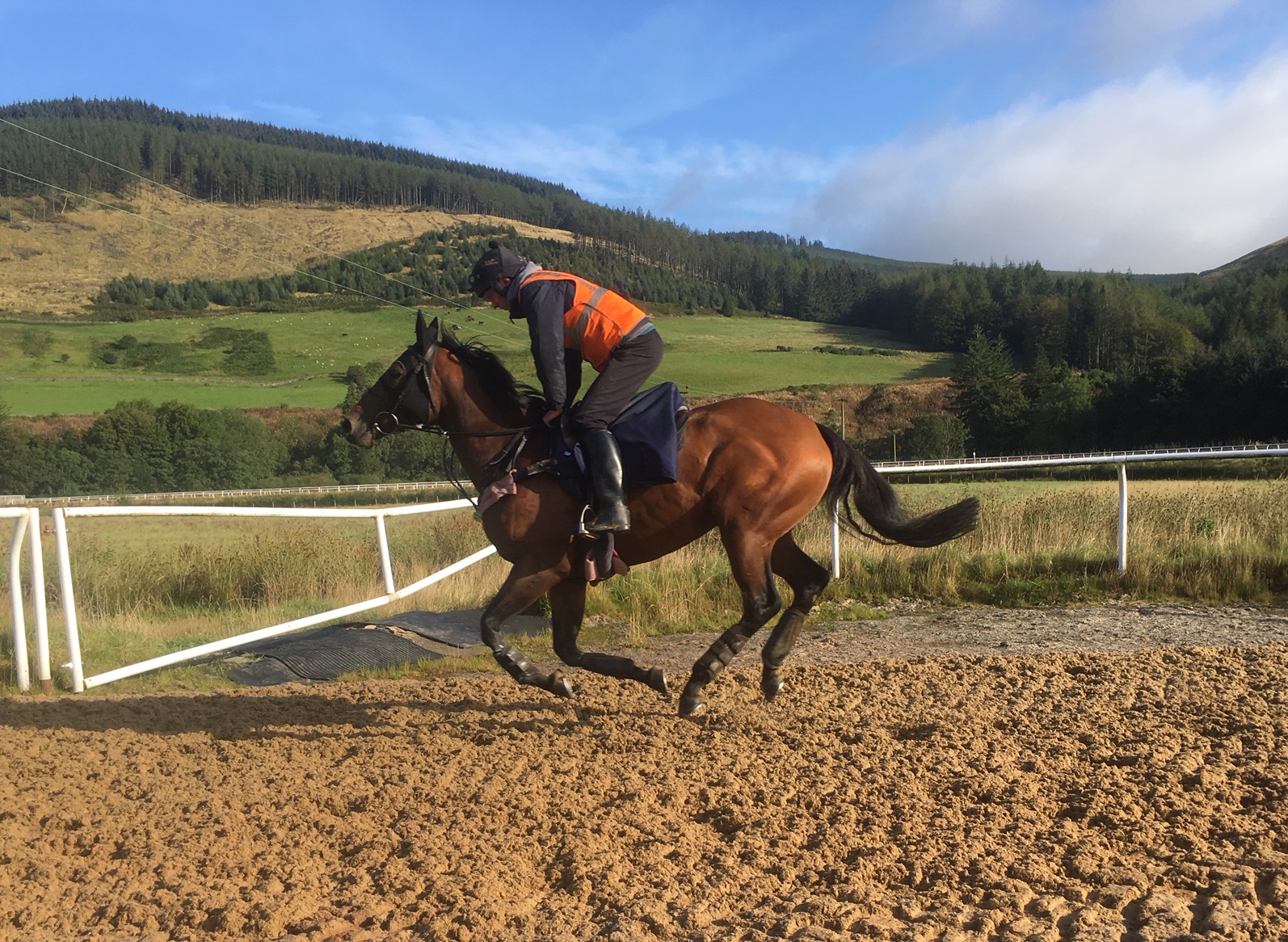 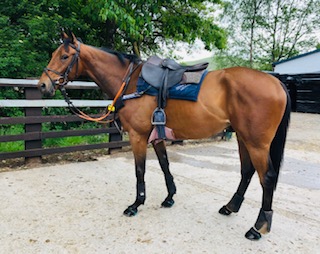 We are always looking at ways to improve our horses’ welfare and have started using the joint supplement, Epiitalis Forte Gel https://fenlandzhealth.co.uk/    When you work daily with racehorses it’s quite rare when you find a product where you can visually see the difference. This year for example one of our oldest and most frequently raced horses Aristo de Plessis is moving better than ever at age 10 and his joints have improved since starting this treatment. James says it is undoubtedly the best joint supplement he have used since starting training.

We have an exciting new horse – Lake Takapuna who joined the yard a few weeks ago after he was bought by Bobby O’Ryan at the Goffs September Horses in Training sale.   Formerly trained in Ireland – latterly by Dermot Weld – this eight year old has won two Hurdles and two Chases.   Since arriving with us he has had a thorough overhaul including Epiitalis Forte Gel and ‘Backman Extraordinaire’ Mervyn Beattie has also treated him. He is now a different horse and moving really well, so we are much looking forward to running him when he is ready.

James worked at Ferdy Murphy’s from late 1997 until 2001 and whilst he was there Merv treated Ballinclay King who was a very successful horse winning nine races and £123,000.   This was the first time that James had met Merv and he has used him ever since.   It was very sad to hear of Ferdy’s recent death as he was instrumental in James obtaining his training licence and as well as teaching him so much, Ferdy wrote a glowing reference to the Jockey Club as you can see below. 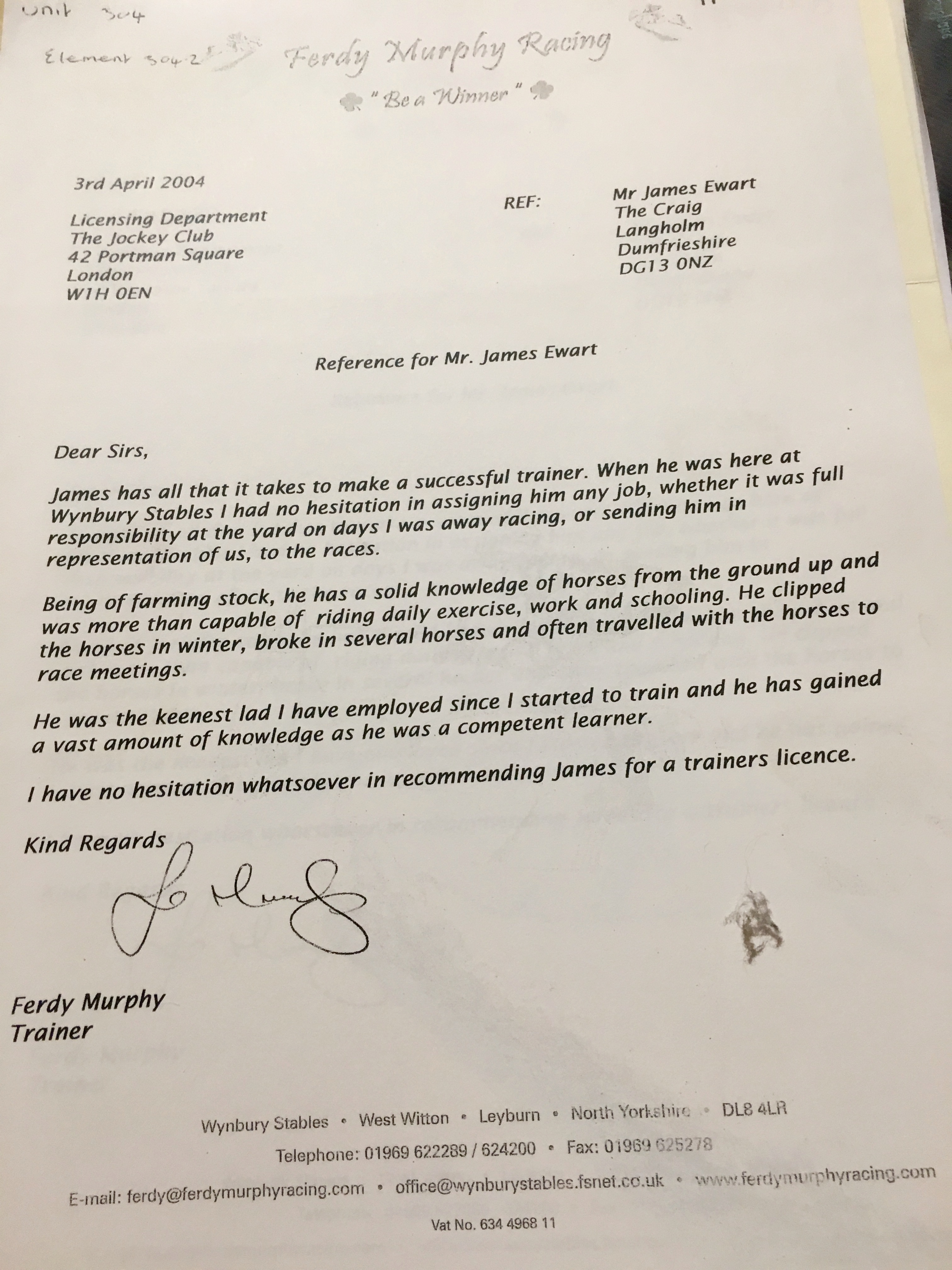 We are sorry that Steven Fox has decided not to renew his Jockey’s Licence but delighted that he continues to work for the yard.   He is a valued and talented work rider and has been particularly helpful in schooling Charmant who is not an easy horse to ride at home and it is the everyday work that is so important in a horse’s preparation. Steven joined the yard in 2017 and has had a great strike rate for us. 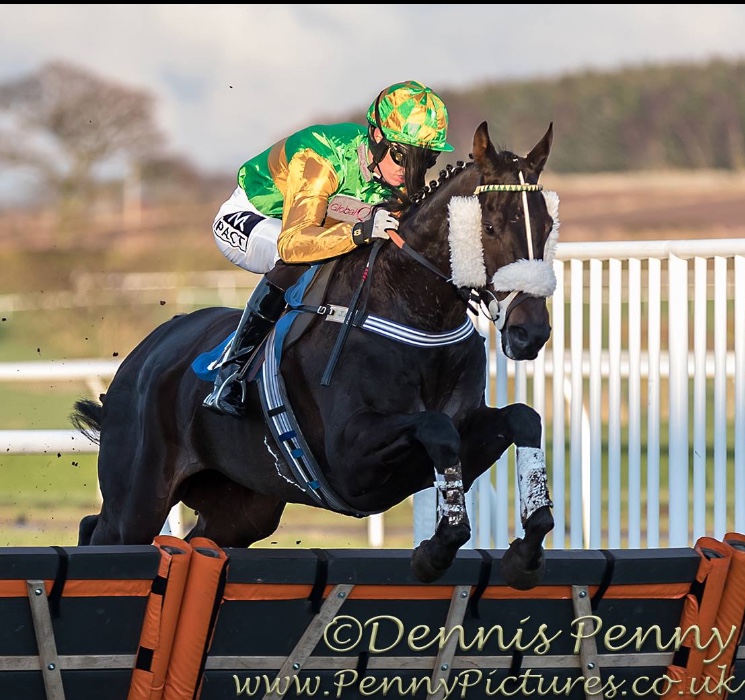 Our newest helper, Amy Elliot is 14 years old and has been competing in equine vaulting competitions where her team recently won the Scottish championships. A huge achievement!   She is a very competent rider especially for her age and she’s already becoming a great asset to the yard. Amy currently comes in two afternoons a week and at weekends when she’s not competing.

We currently have three yearlings being broken in as the first stage of their education.   One out of Overlady (by BlackSam Bellamy), another out Think Green (also by Black Sam Bellamy and pictured below one out of High Meadow Girl by Proconsul. 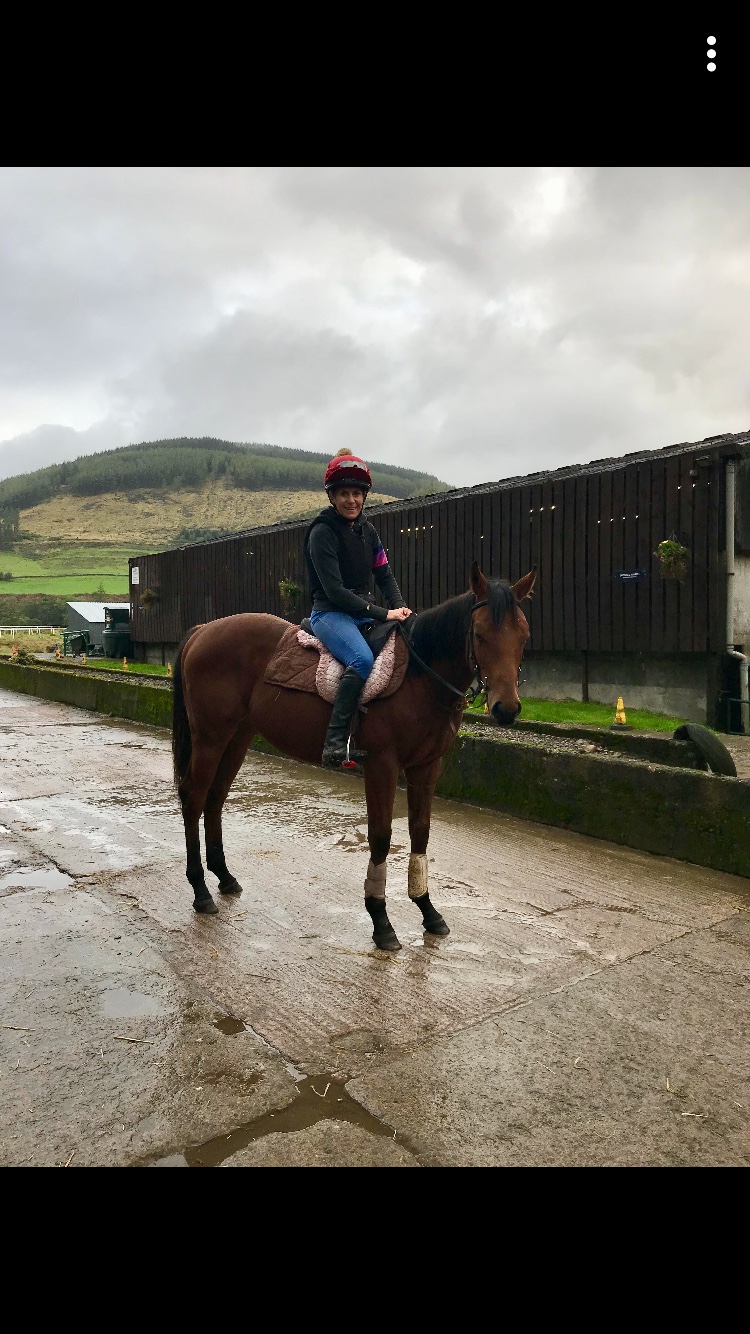 Not forgetting the Fells, Finch maintained her unbeaten record at the Langholm Show! 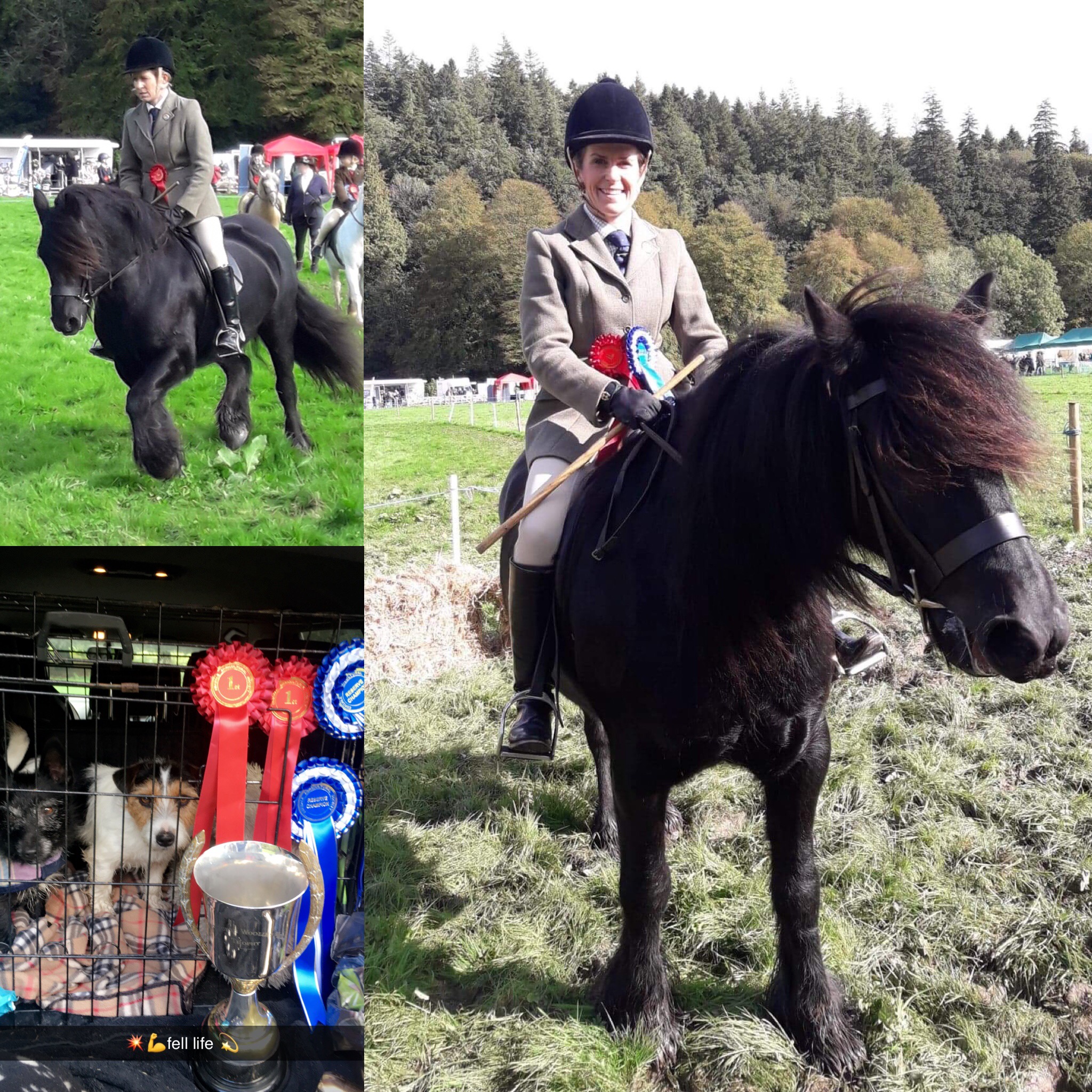 All being well, we should have our first runners this season in approximately three weeks’ time.