This update is covering our runners up to the 14th November and we have been to Musselburgh, Kelso and Cheltenham.

At home we have an exciting new horse Bigbadmattie owned by BB Racing Club and David Woodhouse.  He was formerly trained by Emma Lavelle and already a two time winner over hurdles;  he is a chaser in the making and we look forward to seeing him progress.

Brian Hughes continues to excel and at the time of writing has ridden 103 winners and on reaching his 100th winner at Ayr earlier this week he set a new record for the north.   We are very lucky to have him riding some of our horses.

The Blame Game was racing for only the second time over this distance of 3 miles in the Handicap Hurdle and he saw out the trip well.   After a slight bunny hop over the first, Brian Hughes had him in a good jumping rhythm and he was always travelling well.  They upped the tempo round the final bend but Brian waited and unleashed his run after the last and so nearly made it - only to be beaten by ¾  length at the end into second place.  We have schooled The Blame Game over fences and he was impressive and so this also gives another option. 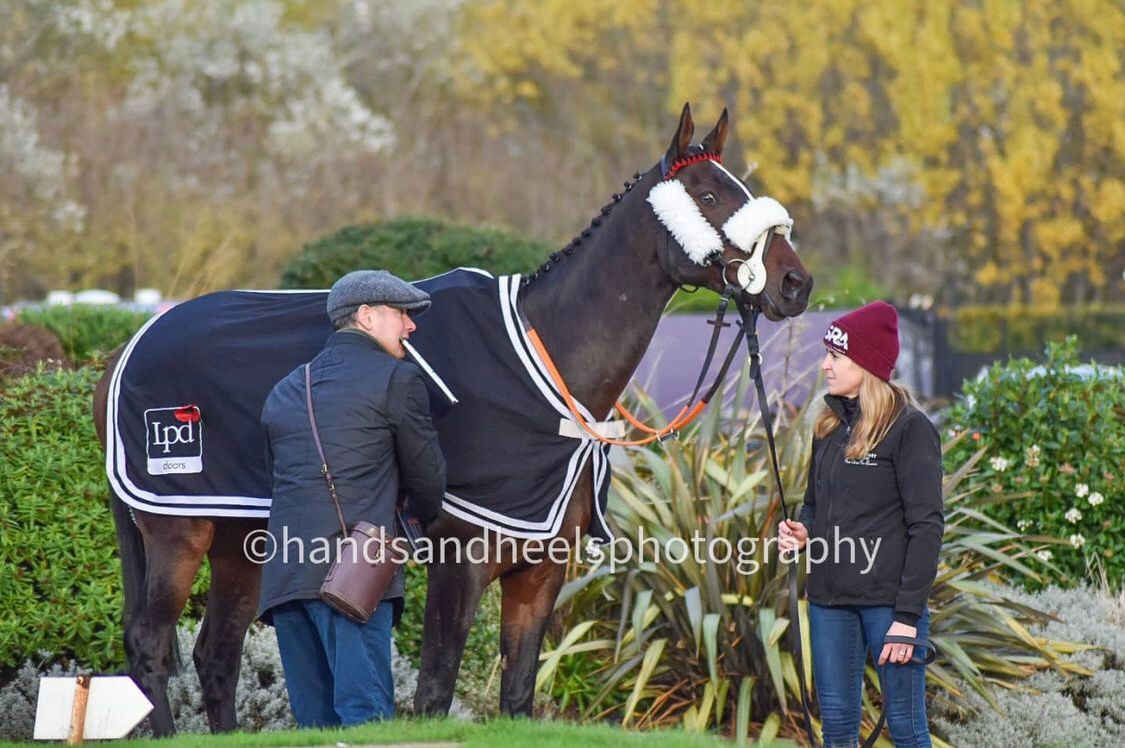 It was good to have Ettila de Sivola (Brian Hughes) racing again the Two Mile Chase Series qualifier.  He looked wonderful in the paddock and won BTO for Briony.   Brian settled him nicely and let him find his own pace and he jumped brilliantly throughout except for the last.  He became slightly outpaced turning in but then he really rallied to finish strongly and was only beaten 1 ¾ lengths by a well handicapped J.P. McManus horse who has since gone on to win again - so this was an encouraging run.  We will look at more galloping tracks with a flat finish which should suit him better. 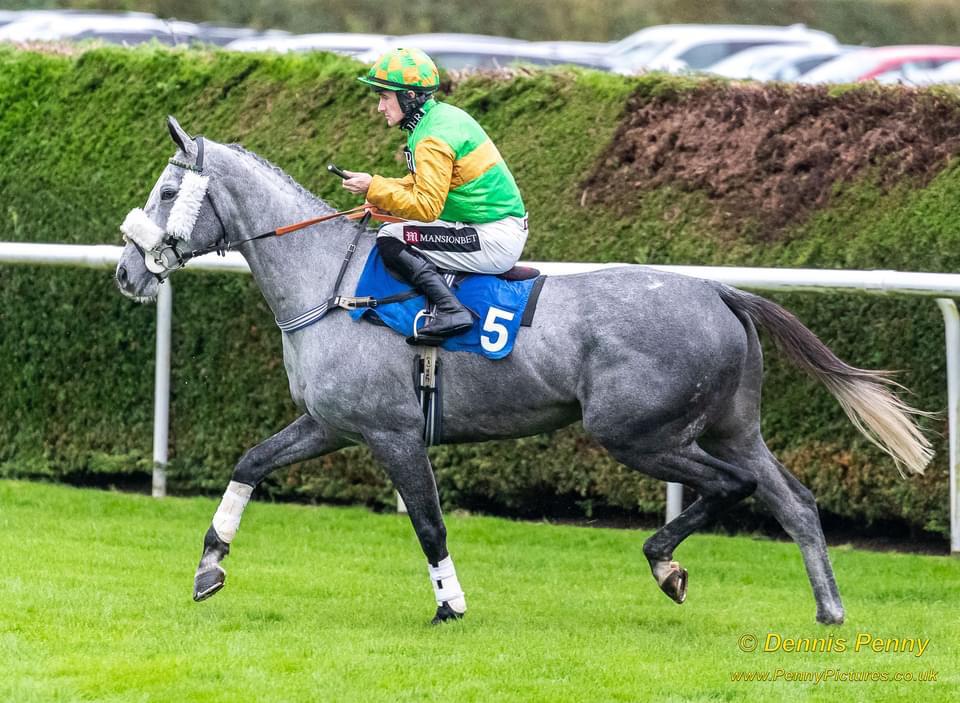 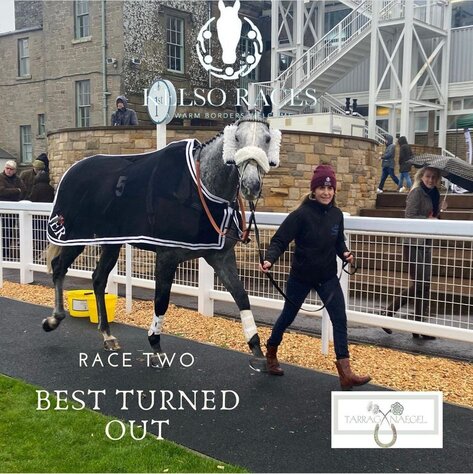 It was exciting to have a runner at this high profile meeting and Empire de Maulde did not disappoint in the Jewson Click and Collect Handicap Chase over 3 miles 3 furlongs.   Brian Hughes was on board and the winner set off strongly in the lead to make it a real test of stamina.   Empire’s jumping was superb and he held his ground despite some interference and it was no disgrace to be beaten 3 ½ lengths into third by Yala Enki (ridden by Briony Frost) who has won 12 races and over £400k in prize money.  Empire has been a model of consistency and will now have a well-deserved break. 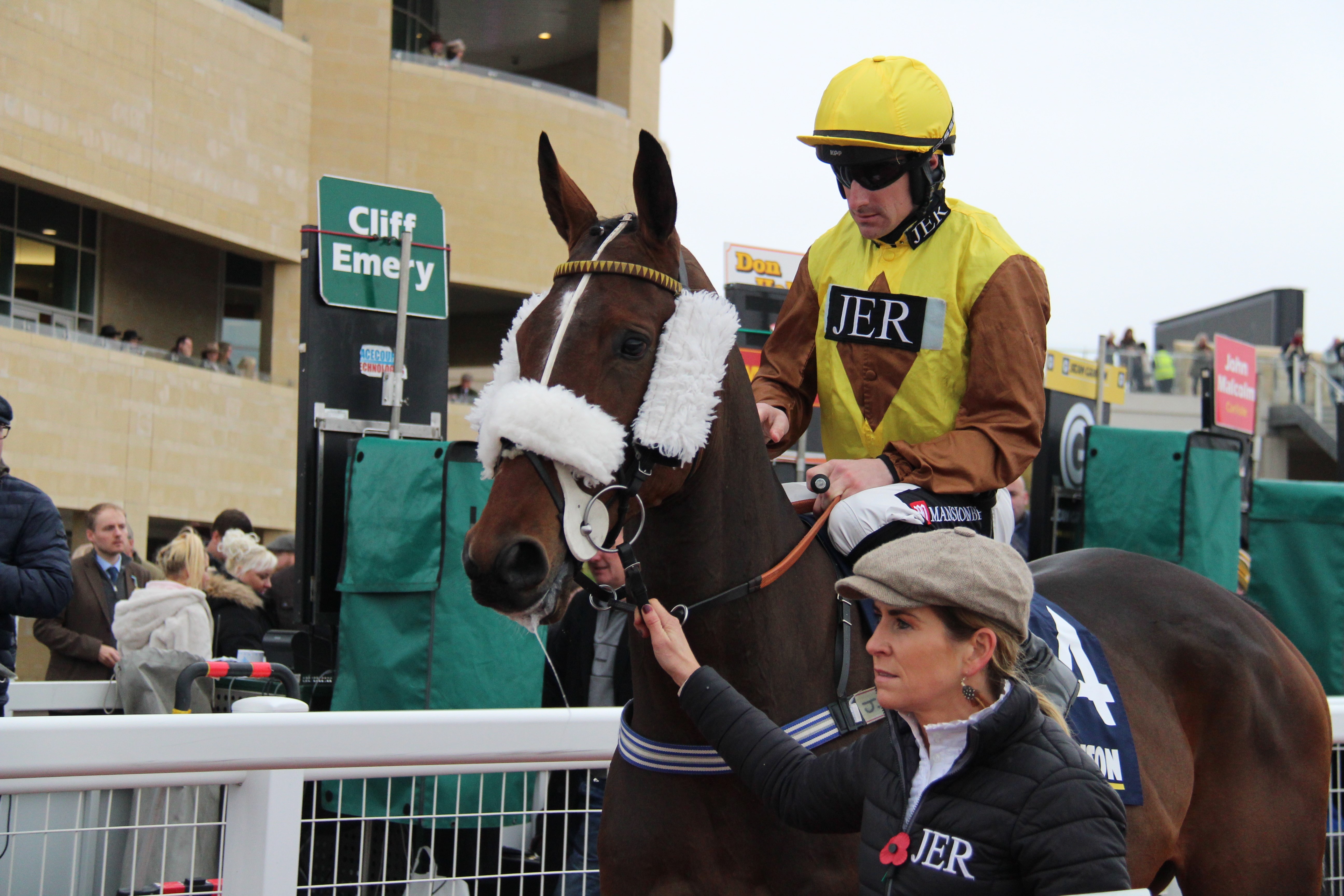 Empire de Maulde with Brian Hughes in paddock at Cheltenham

We will report on results at Ayr, Hexham and Newcastle next time and have entries coming up at Carlisle, Ayr and Haydock.