After a bit of gap with runners, the last two weeks have been fast and furious.  We have also had news of two of our recently retired horses – Un Guet Apens and Ueueteotl.  Getty has gone to Grace Gale  at Penrith for point-to-pointing and she recently qualified him at a training day at Doncaster racecourse.  Uzbek has been hunting with the Dulverton  Farmers in Devon and as you will see from the photo below he looks very happy in his new life.  He recently won bto and came fifth in the Ladies Race at the local point-to-point   We always enjoy hearing news of our retired favourites and it is gratifying how they adapt so well to their new lives.  It is so important that retired racehorses have a fulfilling future once they leave the track. The following email from Jo Fox backs this up.

Thank you James and Briony.

I cannot believe I was given the opportunity to have the one and only Sleep In First for his ‘recyclement’.

I followed Sleepy’s racing career avidly, coveting his delicate beauty and bravery on the racecourse.

Once a hero, always a hero.  He has taken to his new life with aplomb, and I feel very lucky to have him.

I’ve known James and Briony for many years, and have helped to rehome others from the yard.

It’s wonderful to see what care they take of the horses at Craig Farm.

Not only during their racing career, but helping them to find the right homes once they leave racing. 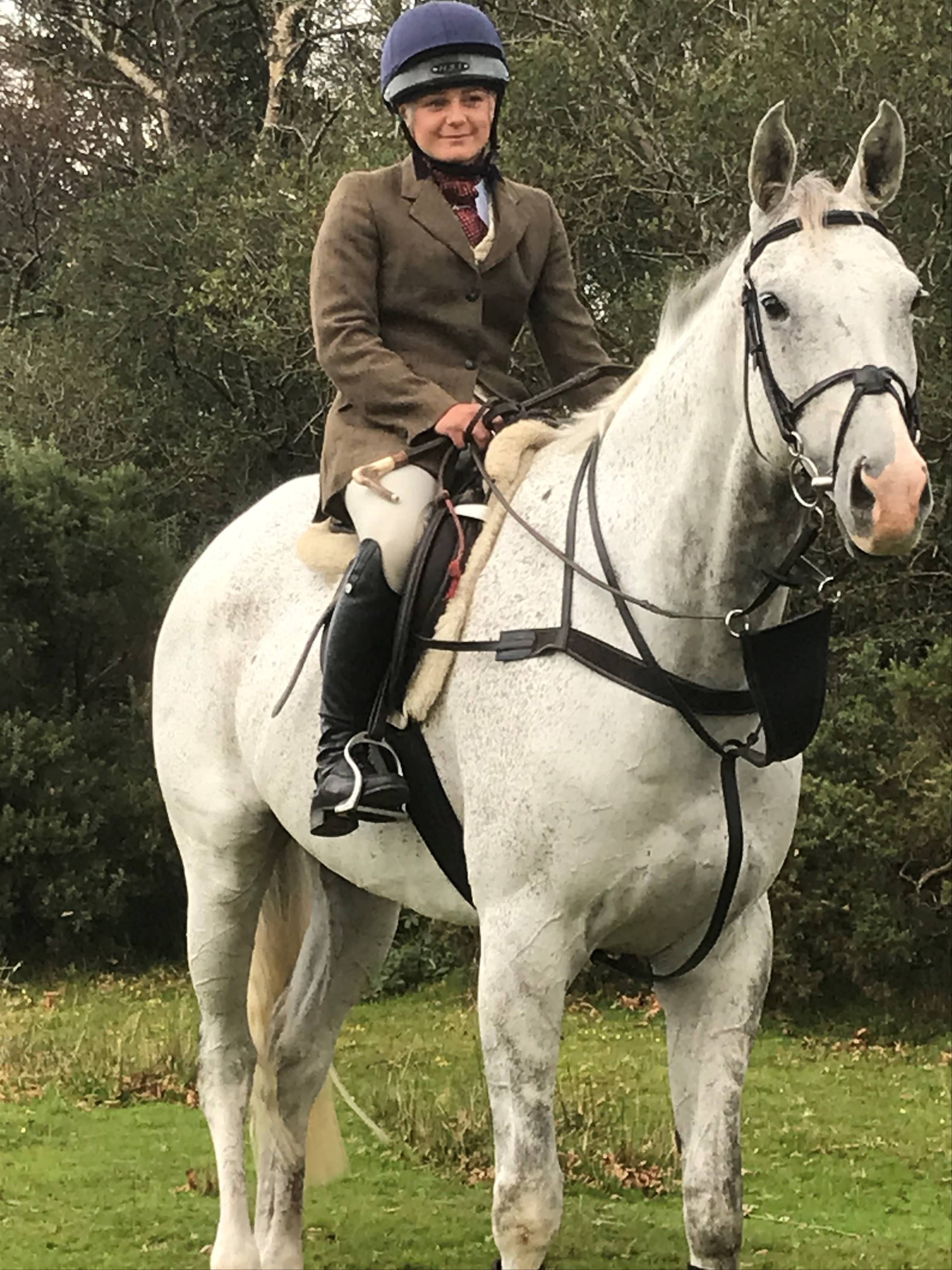 Amy Elliot our star 14 year old has been busy qualifying for pony racing and Briony was helping her on a sunny morning on Sunday 11th October.  Amy has also helped to back our yearling Betty who is by Black Sam Bellamy 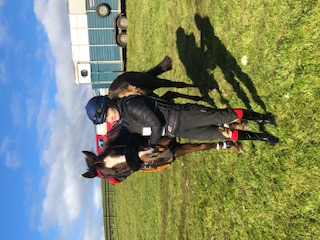 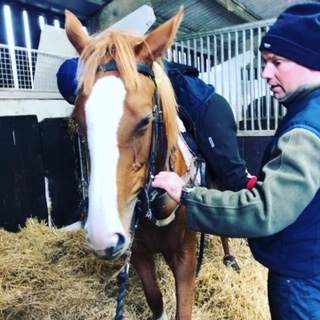 We had two birthdays on the 29th October for heroes David Macleod and John Dodd.  David celebrated by riding Aristo and enjoying his chocolate cake! 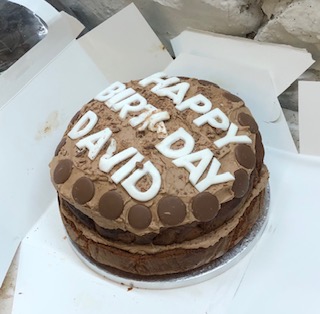 ***If you would like to receive our regular newsletters could you please sign up again for this on the    website as some of our contacts have been lost in our recent email up-grade.  Thank you.***

On Saturday 10th October Bluefortytwo had his first run over fences at Hexham in the 2 mile 4 furlong Novice Handicap Chase.  He jumped really well in the hands of Danny McMenamin who had such a great win on Nuts Well  in the Monet’s Garden Old Roan Chase at Aintree last weekend.  The horse tired a little towards the end but this was a good first attempt over fences and he will now be eligible for handicaps.  This was another BTO for Gemma. 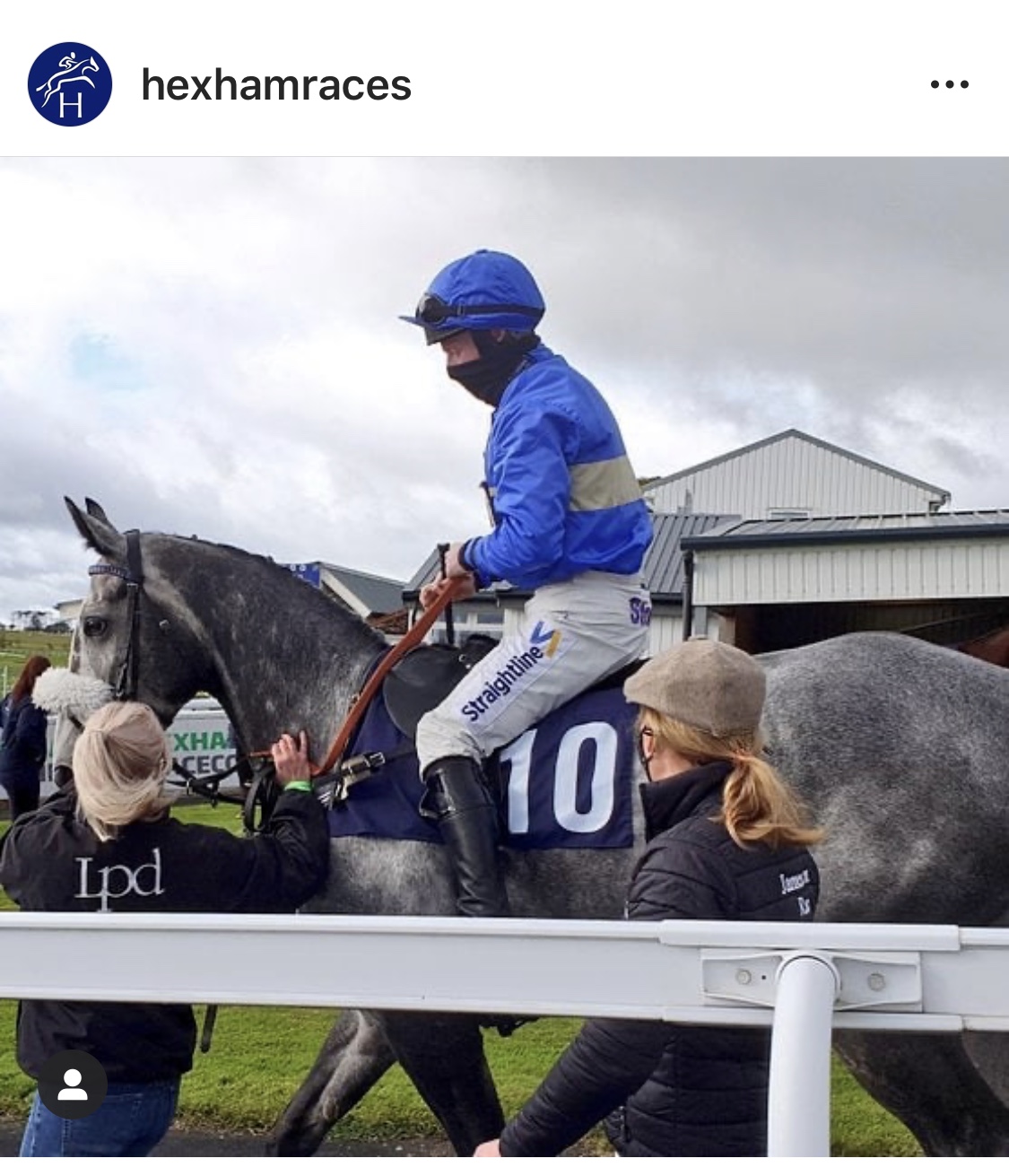 Westland Row  (BTO for Gemma) headed off by himself to Wetherby on Wednesday 14th October where he was ridden by Brian Hughes in the 2 mile Handicap Hurdle.  As he had shown plenty of speed in his previous run at Kelso, we tried him over the shorter distance this time but once the pace quickened in this competitive race he could not go with them.   We have still not quite found the key to him yet and in Ireland he was running in races with much smaller fields and in the Wetherby race he was up against some competitive horses and the ground was possibly a bit softer than he would like. 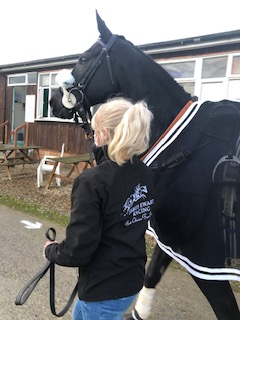 The following day at Carlisle we had three runners where the going was good to soft.   Empire de Maulde was ridden by Brian Hughes in the 3 mile Handicap Chase.   His jumping throughout was markedly to the left and this cost him a lot of ground and he could never get into an even rhythm.   We don’t think the distance was an issue but next time we would try a slightly shorter race on a left handed track.   He is still only six years old and is still finding his way.

Ringo Kid was found for us by Gemma Anderson and has only been the yard for a short time.   He was very well ridden by Theo Gillard in the 2 mile 1 furlong Handicap Hurdle and he travelled and jumped beautifully to finish fifth in a hot race.  Theo thought he would stay a little further and would also go over fences so this was a very encouraging start for The Craig Farm Syndicate.

For whatever reason, Honourary Gift  (Brian Hughes) was never travelling in the 2 mile Handicap Chase.   This was his first time in handicap company which can be hard for a novice and maybe he had lost his confidence a little after his previous run at Sedgefield and possibly he would be better over 2 miles 4 furlongs.  So it may have been a combination of various things but he has come well out of his race and we hope he will return to form on his next run and we may try him over 2 ½ miles on a flat galloping track.

The going was soft at Carlisle on Thursday 22nd October.   Aristo du Plessis was ridden by Danny McMenamin  in the 2 mile Handicap Hurdle.  He was fresh and well and jumped with his usual accuracy but he could not dominate as he loves to do in this strong field.   He was one of the first under pressure but towards the end he stayed on again to finish sixth and it was good to see that he still retains his enthusiasm.

Our second runner was Ettila de Sivola    with Brian Hughes in 2 ½ mile Handicap Chase.   The rain had set in as racing progressed and was by now pretty testing for this race.  He is still only six years old and possibly needed the run and would be better on a flat track. He will definitely come on for this race.

We will report on Kelso, Hexham and Wetherby in the next blog and have entries coming up at Carlisle and Musselburgh.

Despite Covid, It is refreshing to open the newspaper each day and see all the race meetings taking place with good sized fields,  particularly in chases,  and it is so important that this continues!