Looking For The Line!

Plenty has been happening since our last blog.   The highlight was the aptly named Hold Onto The Line  who held on gamely to win his second race at Musselburgh on 25th March by a neck!  This was their Go North Series Finals meeting and their last jumps fixture which in glorious sunshine attracted a large crowd. 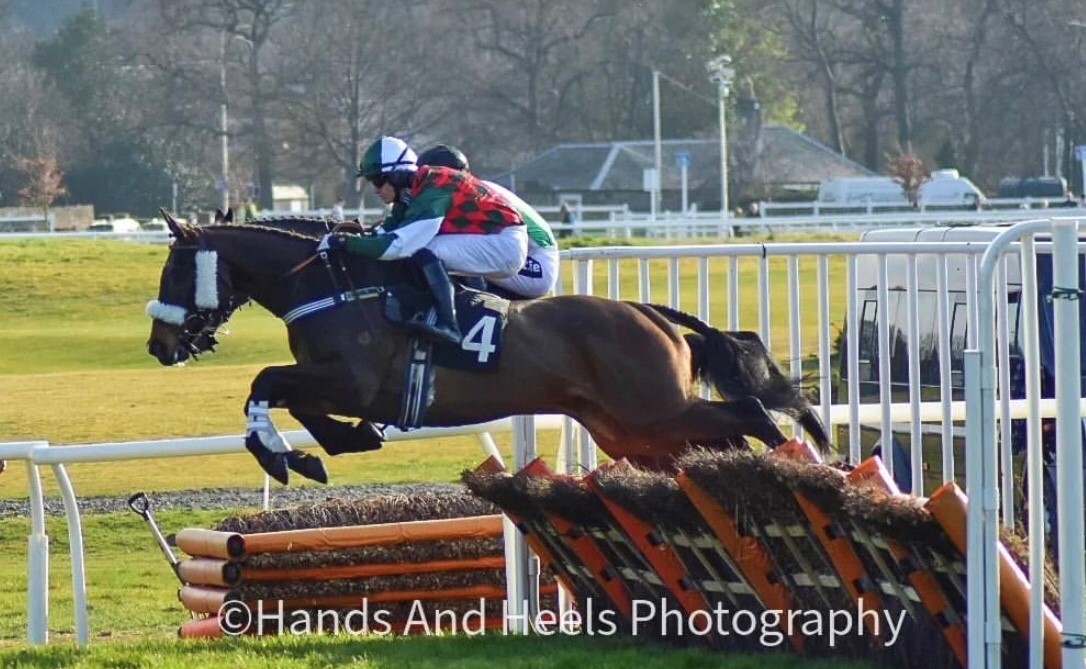 Hold Onto The Line winning at Musselburgh with Alan Doyle

Most of the horses are now out at grass.  The early ones enjoyed the spell of warm weather before temperatures dropped dramatically but there has been plenty of sunshine and they are happy and settled.   It is a big advantage to have them turned out here and David McLeod does a great job keeping a very close eye on everyone and noticing any small problems that may arise. 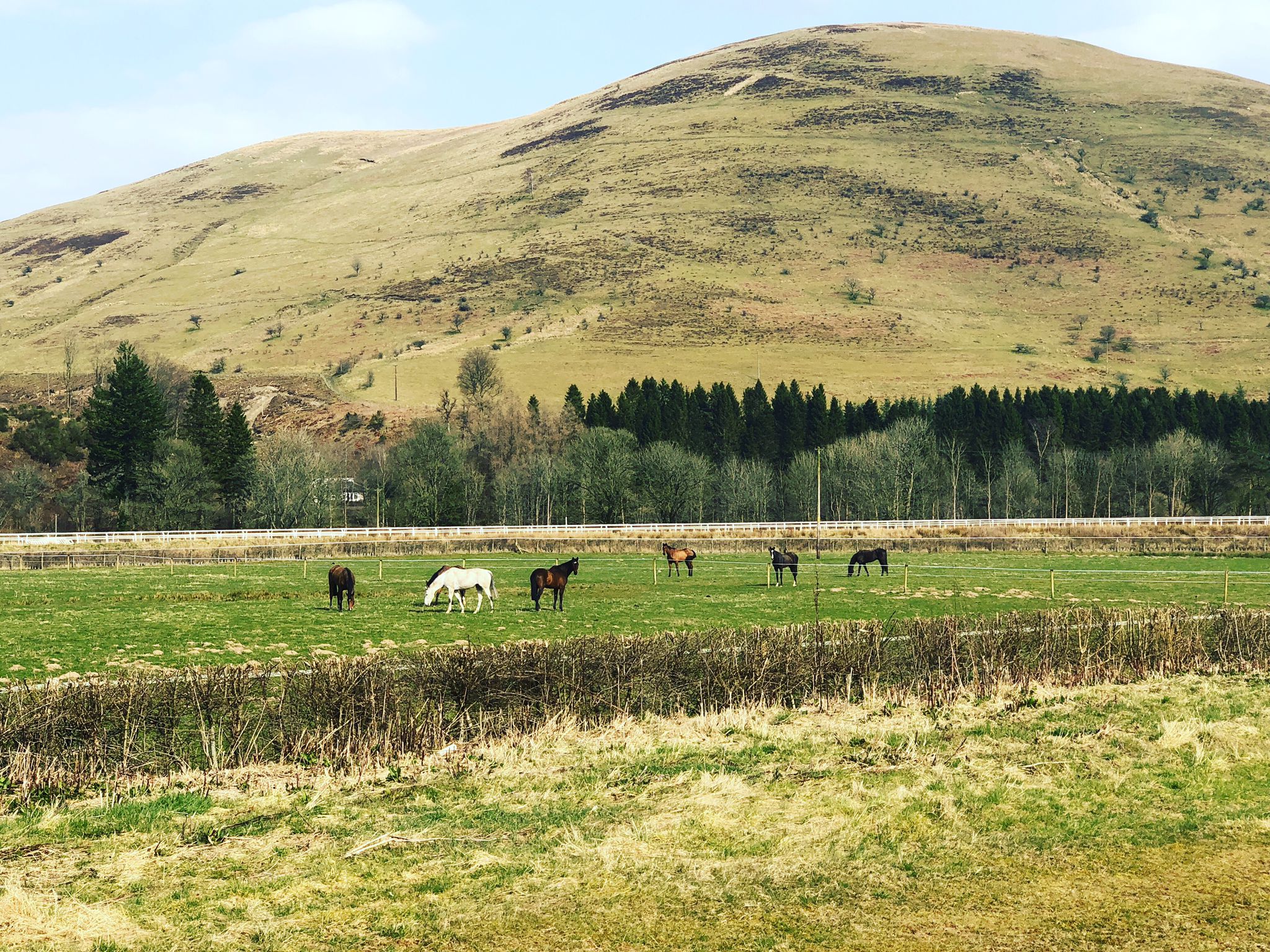 Happy horses out at grass

We have found a really good local home for both Charmant and Sao Maxence  with Lianne  Morrow who is former trainer Ian McMath’s daughter.   She is doing some in hand work with them at the moment and some sympathetic re-training.  As mentioned in the last blog Ascot de Bruyere is now safely in Holland and enjoying his new life there.

We now have two exciting new additions to the yard.  Heroique de Maulde  by Jeu St Eloi has won twice in France and is a half-brother to Empire de Maulde who has done so well for us and The Steel Bonnets have a replacement for Ascot with Thistle Ask – a five year old gelding by Ask who came second in a hurdle race at Naas in February 2022.  He was trained by Stuart Crawford who also produced Leitrim Chief who had been so well prepared before coming to the yard.  There is still a 12.5% share available in Thistle Ask. 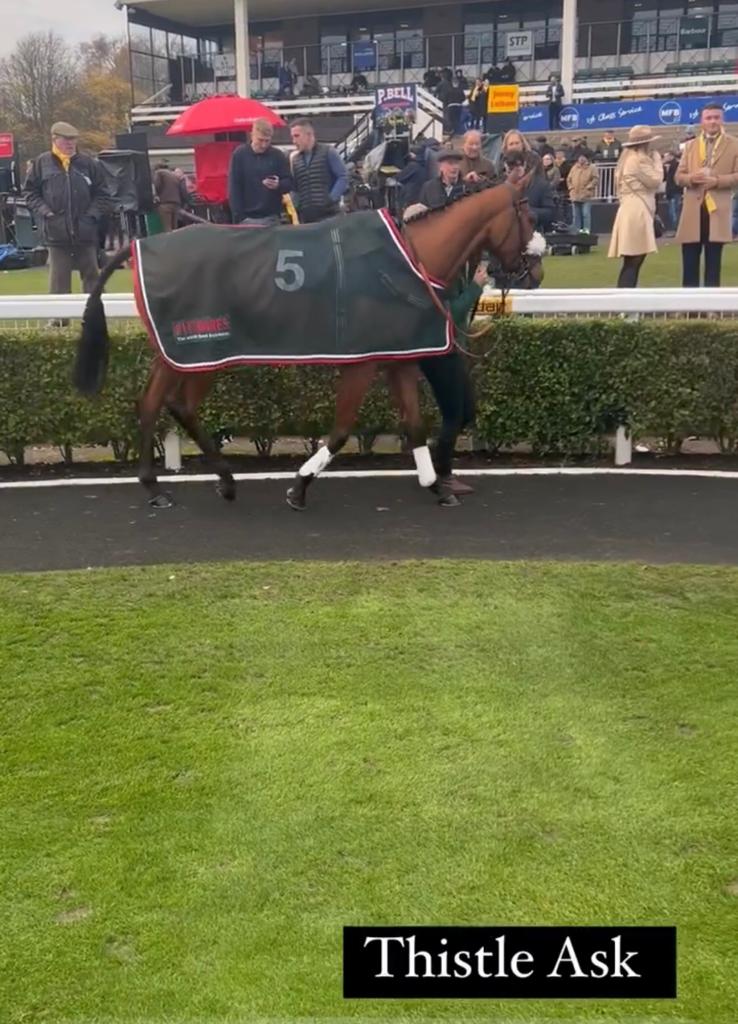 Thistle Ask turned out at Craig

For Three is starting his summer campaign.  He has had one run at Hexham on 28th March coming fifth on ground that was too soft for him. We have shares available to join The Craig Farm Syndicate now for the summer 3/6/ or 12 months membership. Next race target is at Perth where our owners are always looked after royally. 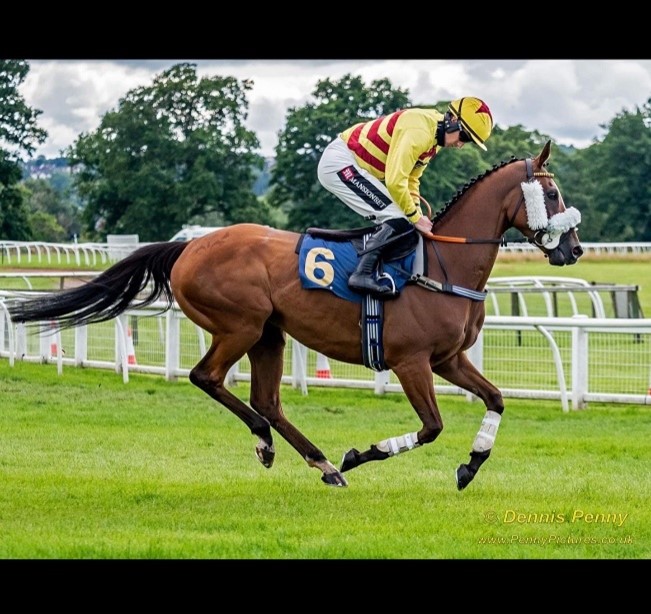 Some of the staff are on early holidays.   Rosie is at home helping with the lambing and Steven is working for local transporter Piers Hodgson so we hope they are enjoying the change – if not a rest!

Hold Onto The Line returned to the scene of his former triumph at Musselburgh on 25th March and was sent off favourite in the Novice Handicap Hurdle over 2 miles 3 furlongs and also won BTO for Briony.  Again Alan Doyle gave him the perfect ride up with the pace all the way and jumping superbly he never missed a beat.  He withheld the late challenge by the fast-finishing Petite Rhapsody who was carrying a stone less and found the line in time to win by a neck.  A late foal he is not yet five years old, so this was another encouraging performance and he is now enjoying himself out at grass. 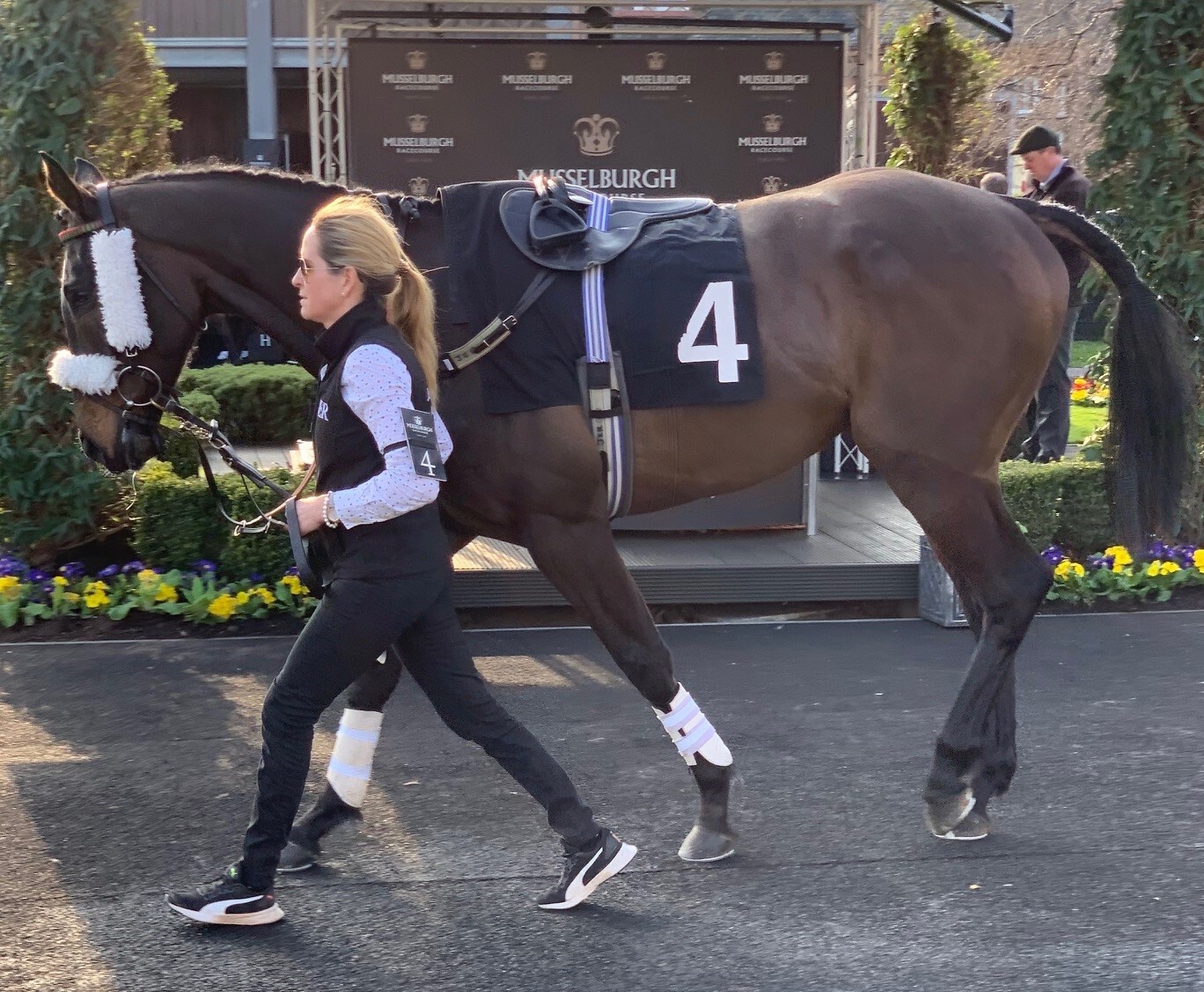 The ground softened late on at Hexham and this did not suit For Three in the 2 mile Handicap Hurdle but it was good to get a run into him and it blew away the cobwebs.

Also the ground was not quite quick enough for The Blame Game at Ayr in the 2 ½ mile Handicap Hurdle and he did a bit too much early on but was only ¾ length behind the favourite and so this was a competitive contest and he will come on for that.

Bigbadmattie and Black Pirate both ran in the same 2 mile 2 furlong Handicap Hurdle race at Kelso with the latter coming seventh.   The earlier hurdle form for Bigbadmattie has not worked out and he is far too high in the handicap at the moment.  Carrying top weight he was wisely pulled up by Alan Doyle.

It was good that there was another Scottish winner for Lucinda Russell with Ahoy Senor at the Grand National meeting.   Not for the first time the big race attracted controversy with 40  runners and only 15 finishers and two deaths. However, as so often happens it also threw up another heart-warming story with the highly successful amateur Sam Waley-Cohen winning on the novice seven-year old Noble Yeats two days after he had announced his retirement.  In the post-race interviews, he poignantly remembered his brother Thomas who sadly died of cancer aged 20 in 2004 and whose initials are written on Sam’s saddle.