Since the last blog it has been a frustrating time with many abandoned race meetings due to frozen ground and waterlogging and mostly very heavy going for the few runs that we have had.   However, the horses continue to perform well as can be seen by the table below.   Once again all credit to the team here as it is not easy looking after any animals, let alone racehorses, in these difficult conditions.  We are so lucky to have such dedicated staff.

Leah Barnfather was also due to have her first run with her new pony Wilsarben1 at Friars Haugh but sadly that meeting was cancelled as well.

However, we keep going and look forward to better conditions ahead as we have plenty of horses ready to run when the conditions are suitable. 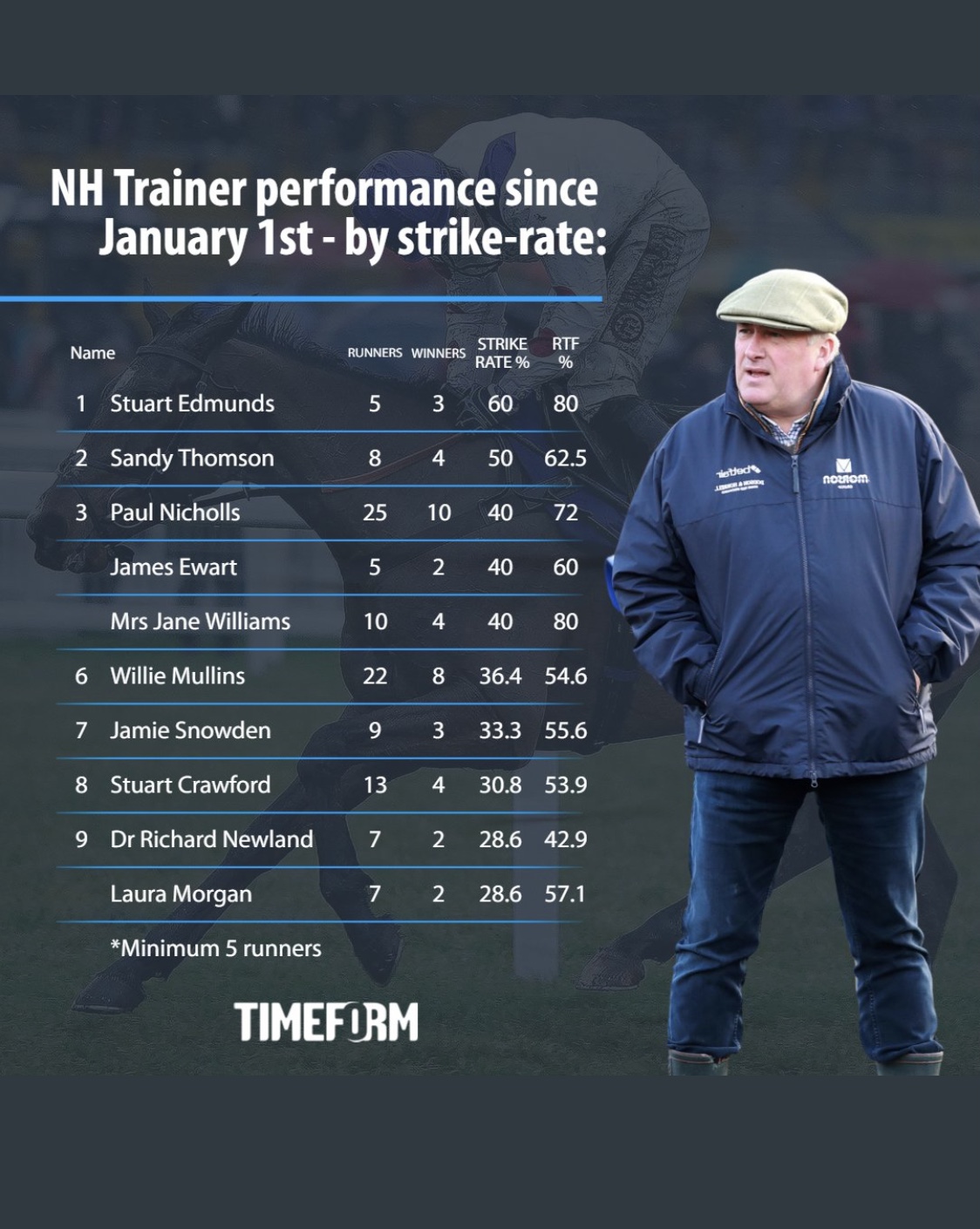 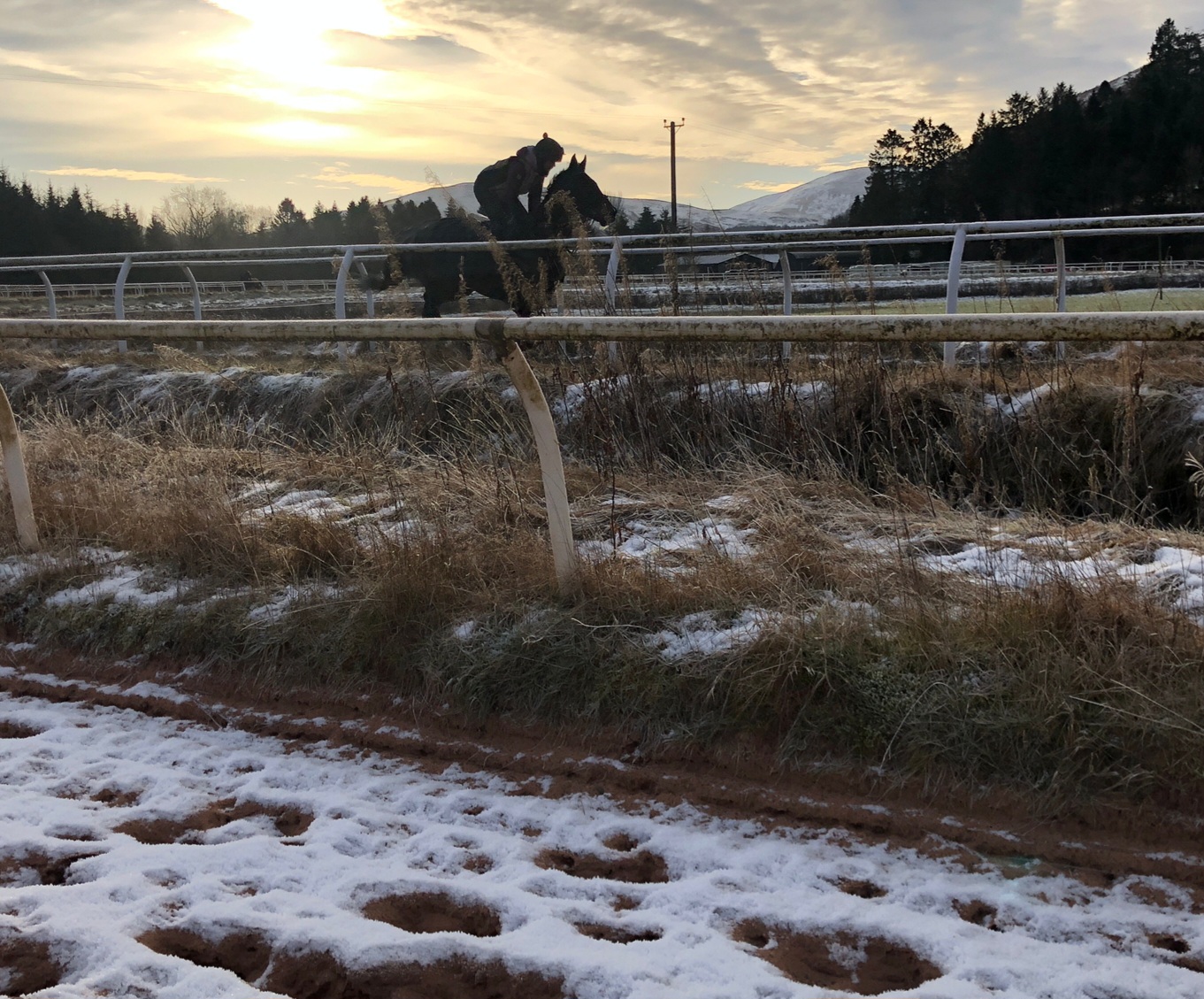 Very pretty but not much good for racing! 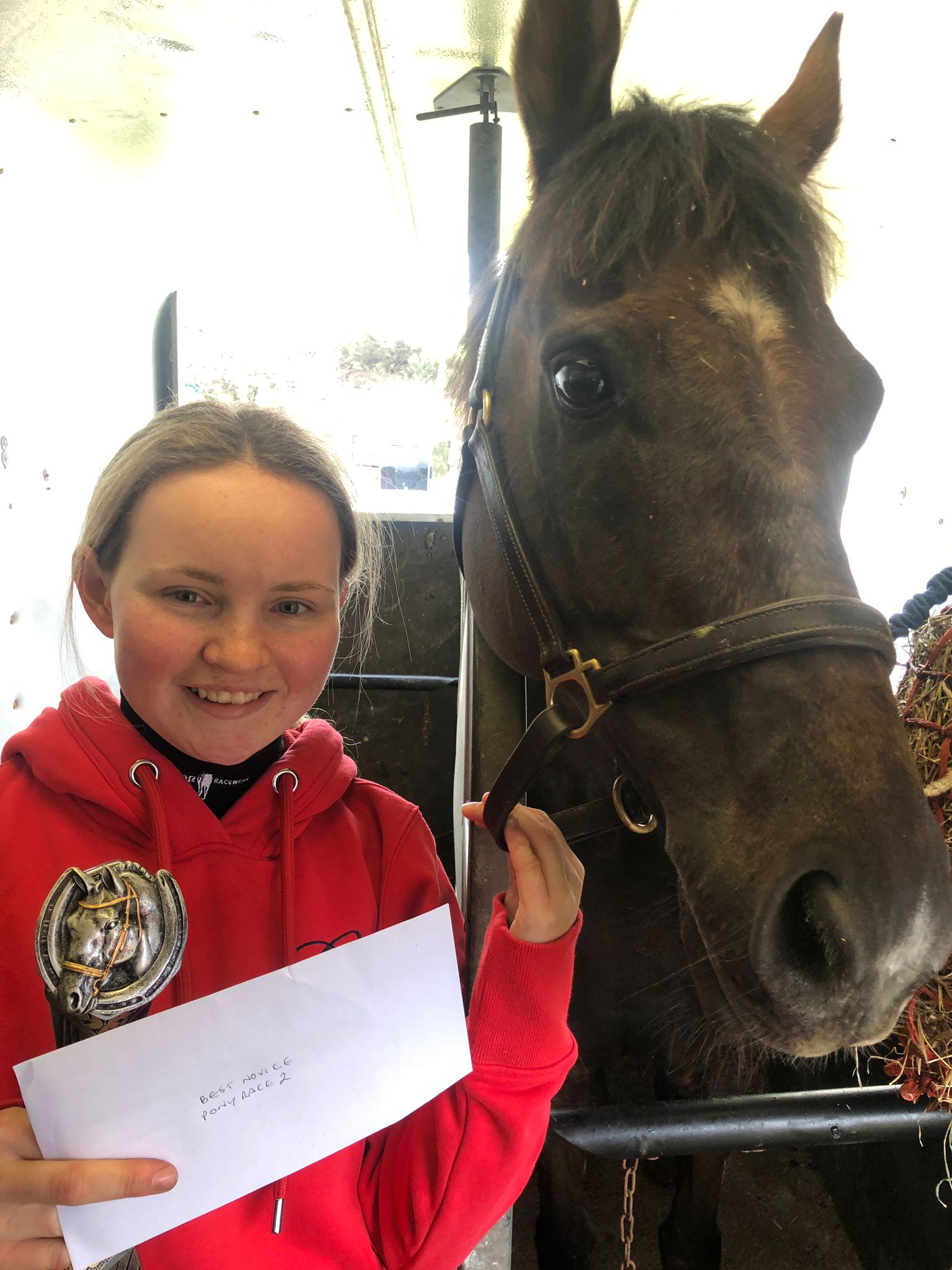 Hashtag Lord has run four times already this season and has been very consistent with two thirds and a second.   He was unlucky to encounter a horse well ahead of the handicapper in the 2 mile Novice Handicap Hurdle and also the extreme ground may not have suited him.   Brian Hughes reported that he uncharacteristically hung under pressure which indicated the adverse going but he still finished in third place.  He has been given a full MOT and really deserves to win a race later on.

The Blame Game is a tricky ride as everything has to be just right and he was very well handled by Lyall Hodgins in the Hands and Heels Handicap Hurdle over 3 miles.  Also, he prefers really good going and this was not the case on watered ground which then became rain soaked.  So, he did well to finish fifth.

Nikgarde with Danny McMenamin is another who was not suited by the ground or the trip and was wisely pulled up.  He is fine after the race and lives to fight another day.

Beat Box  is such a game little horse and always tries his heart out.  This this was arguably his best race to date coming second in the 2 mile Handicap Hurdle (Class 3)  which is the highest grade he has contested  with Brian Hughes on board.  The going was extremely testing and the winner had good form in Ireland on this type of ground and Beat Box lost nothing in defeat. 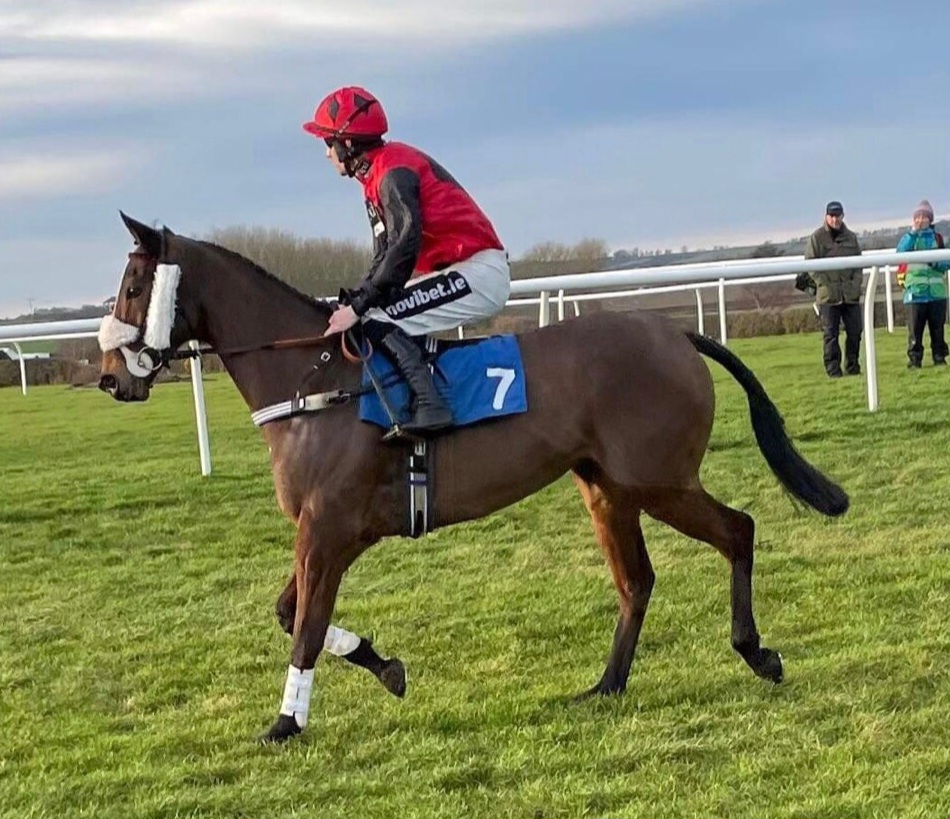 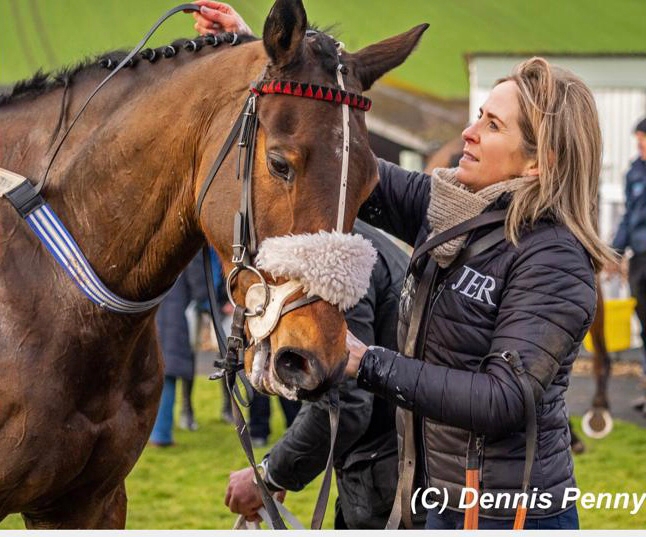 Briony with Beat Box after coming second at Kelso

Looking ahead is tricky but we do have entries at Doncaster and Sedgefield at the end of this week.