We have had plenty of runners over the last three weeks but for a variety of reasons have not enjoyed the rub of the green!  Also there is a question mark over the mineral levels in the yard at the moment and we are working very hard to resolve this.   This blog covers the earlier runners when the weather was still fairly wintry.  It has now improved with a touch of Spring in the air and we will look forward to running the horses who prefer better going.

We are delighted to welcome Leah Barnfather to the team.  Aged 13 she comes in every day for evening stables and was encouraged into riding by her mother Lynn Maxwell who also helps out at the stables when she can.   Leah keeps her pony Nemo out with the Fells here and learned to ride at Blackdyke near Carlisle. She is a great help in the stables and her favourite horse is Bingo. 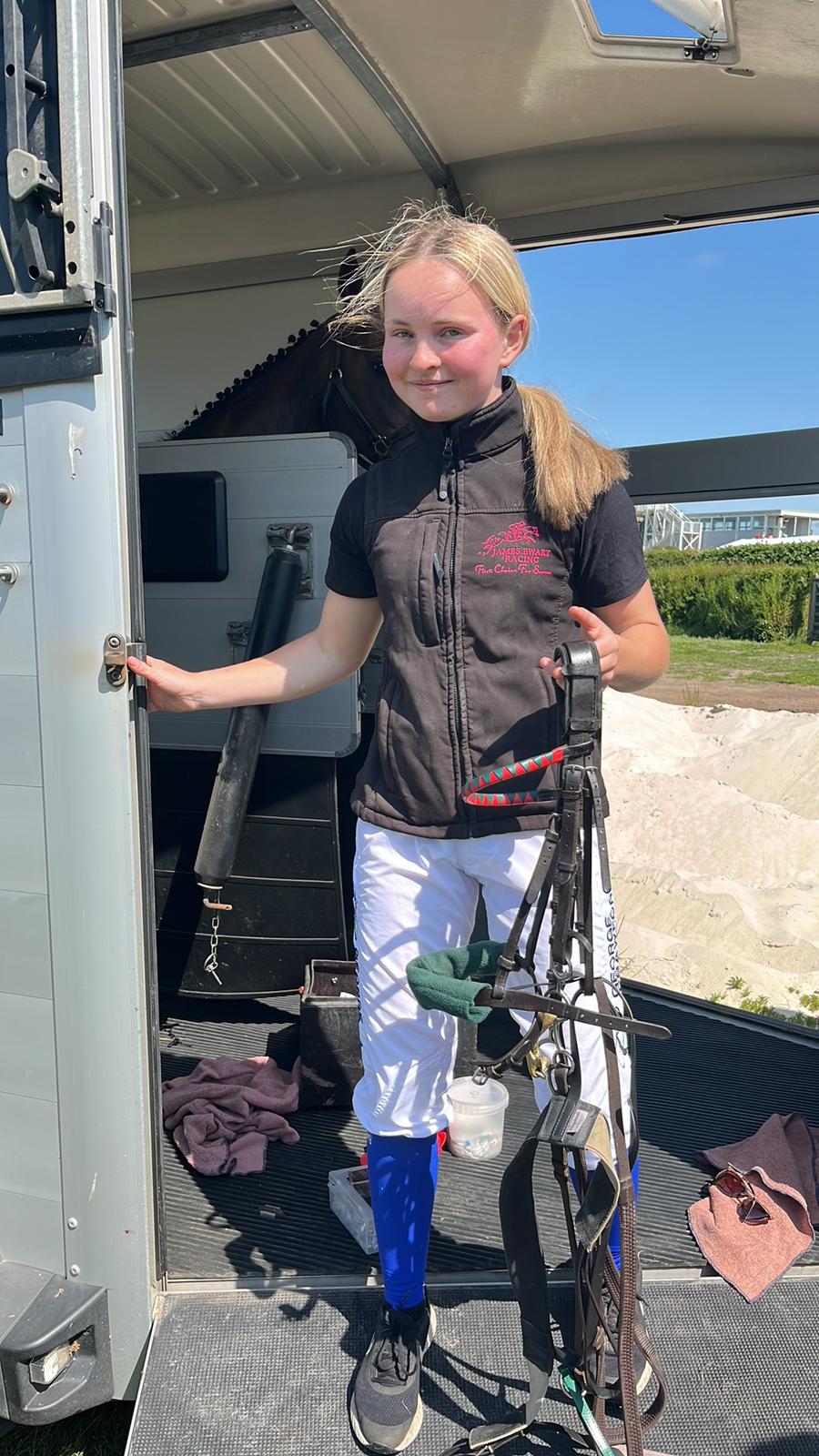 We were successful with a digital boost grant I applied for so will soon receive three new computers and equipment these have not been replaced since 2004 so a welcome grant to receive from Business Gateway!     https://www.bgateway.com/

We were trying Nikgarde with Rachael McDonald up over a longer trip and this was also a step up in class in the 3m 2f Handicap Hurdle.  He was very on his toes and perhaps a little too excitable given the worsening conditions with a snowstorm passing over us during the race.   However, his jumping was brilliant – fast and quick and reminding us of Aristo but the combination of the distance and difficult conditions were probably against him.  He was only beaten by nine lengths in a classy field and we now know he stays and will look forward to running him again in better conditions.  Also judging by the way he jumps his hurdles, he will be better again over fences.

In heavy conditions, Bingo D’Olivate ridden by Nathan Moscrop, made an excellent return in the 2 m Handicap Hurdle after a nasty fall in his previous race.   This will have greatly helped his confidence.   He was just a little slow getting away from the hurdles early on – probably due to his fall – but warmed to his task and stayed on strongly to be beaten by only ½ a length and finish second.  A little bit further would have been ideal but we have to take the opportunities that we have and hopefully if it doesn’t dry up too much he can return to Carlisle in a few weeks’ time.

Beat Box  (Rachael McDonald) was in the 2 mile Handicap Chase by which time the conditions had really deteriorated and he did not appreciate the heavy ground which seemed to affect his jumping.   Technically, he is still only a four year old and we will find a race in better conditions over slightly further on a galloping track which should suit him better.

Brian Hughes rode Charmant in 1m 7f Handicap Chase but he was not himself.  His jumping as usual was excellent but when the front group quickened Brian quickly realised something was wrong and wisely pulled him up.

Brian Hughes rode Cellar Vie in 2m 3 ½ f Novices Hurdle and was very pleased with his jumping which bodes well for going chasing.  He was in a lovely rhythm all the way up front which he enjoyed but it did mean that over this trip he became a little tired at the finish.  He was just pipped for third place but the front four pulled well clear of the others and so this was a very encouraging performance.

Feetronie de Kervi with Rachael McDonald was having her second run over hurdles in the 2m 1f Maiden Hurdle.  She was a bit gassy over the first two and they went a very strong gallop in this good contest.   She struggled to keep up as they quickened and so was pulled up but her jumping was good and she probably needs further so she could travel more comfortably.

Aquitaine Boy was ridden by Rachael McDonald in the 2 mile Handicap Hurdle.   He is a big horse who will be seen to better advantage over fences but his jumping was excellent throughout this race even towards the end when he was starting to tire a little.  They went a good gallop and he was well positioned turning in but then the speedier horses drew away from him and he finished fourth.   However, the winner followed up at Newcastle and so this form is strong.