An Exciting Time of Year

Most of the horses are on the gallops now and we are looking forward again to a new winter season  and our Owners Day on the 19th September.

We were very pleased to record our fifth success this season with The Blame Game winning at Sedgefield ridden by Brian Hughes who has had a brilliant summer and is currently leading the Jump Jockeys Championship. 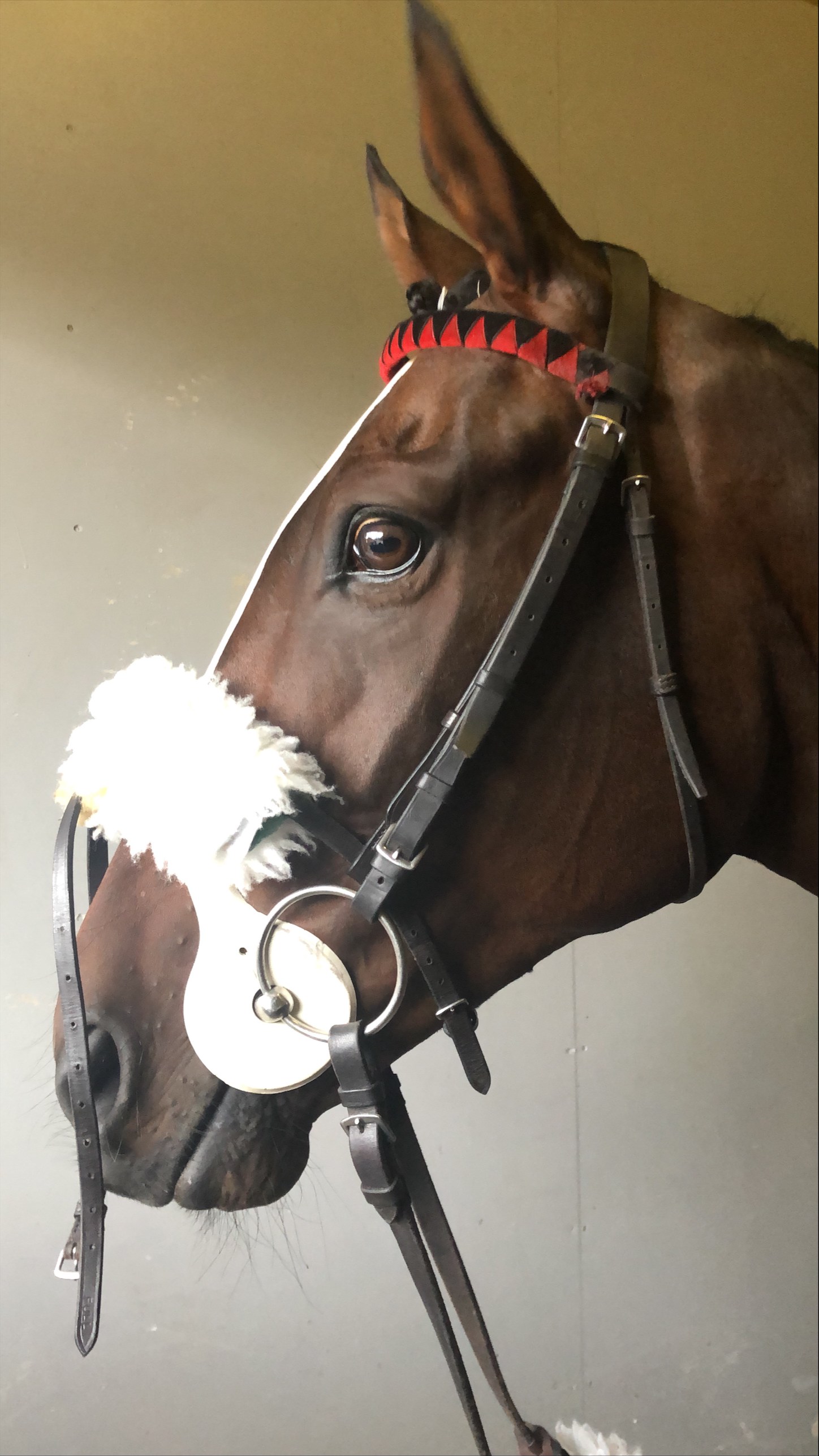 Congratulations also to Steven Fox and Dayna Phillips on the safe arrival of their baby daughter Orla Fox.

As many of you will know Rachael McDonald retired earlier this year from race riding but she is very busy with her Scottish Racing School tutoring and Equi Strong fitness classes and you may see her at our National Racehorse Week open day on Sunday 12th September.  This gave us the opportunity to take on Irishman Alan Doyle as conditional jockey.  He was recommended to us by his agent Richard Hale and he has fitted in really well to our routine.  Previously with Nicky Henderson and then Harry Whittington he has ridden nine winners – three in Bumpers, four over hurdles and two on the Flat and we much look forward to adding to this tally.  He currently claims 7 lbs but James is trying to get this increased when he rides for his own yard. 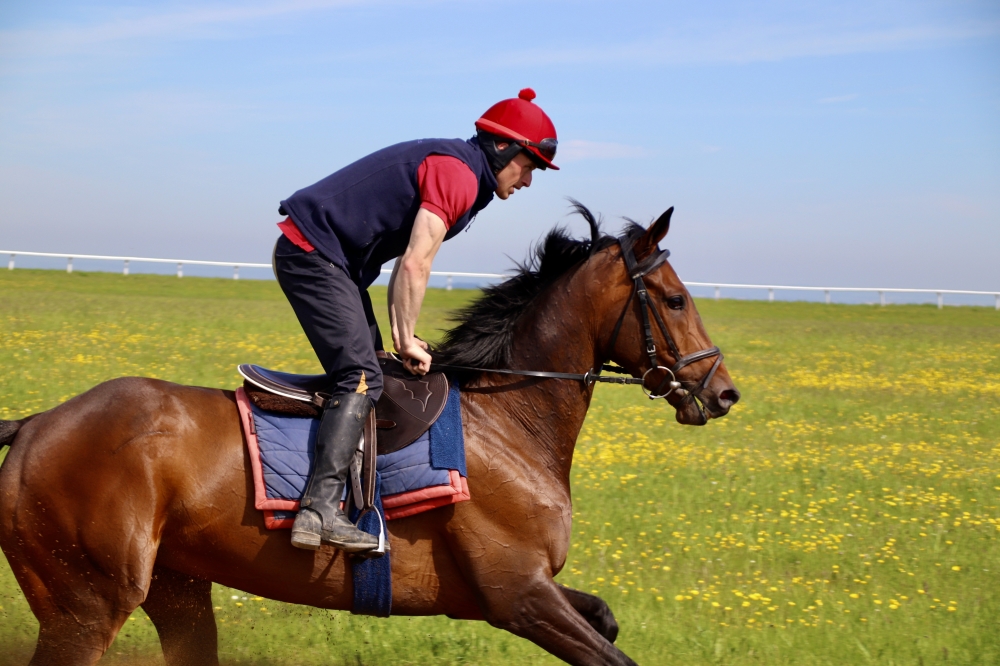 The Blame Game had had a very good preparation going into the Handicap Hurdle over 2m 4f and relished his ideal conditions.  Brian Hughes jumped him off on the inside but the blinkered horse in front was jumping left and so Brian switched him out wider where his jumping improved.   He really made great progress down the hill and picked off Beach Break where it mattered to win nicely by 1 ¾ lengths.  It was great to have Jim Gordon’s grandson Max and his friends with us to make this a memorable occasion. 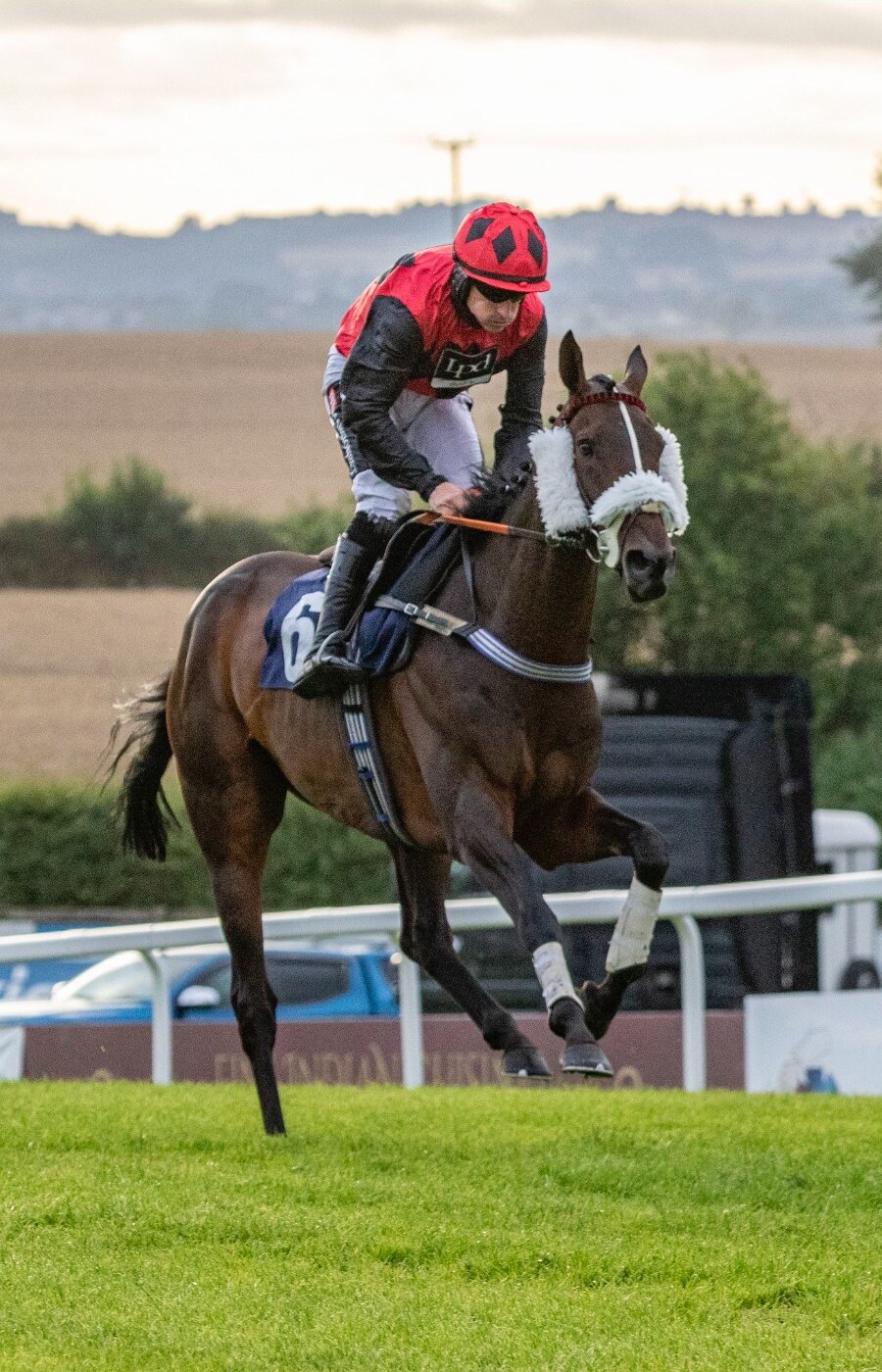 The Blame Game with Brian Hughes and (below) his supporters 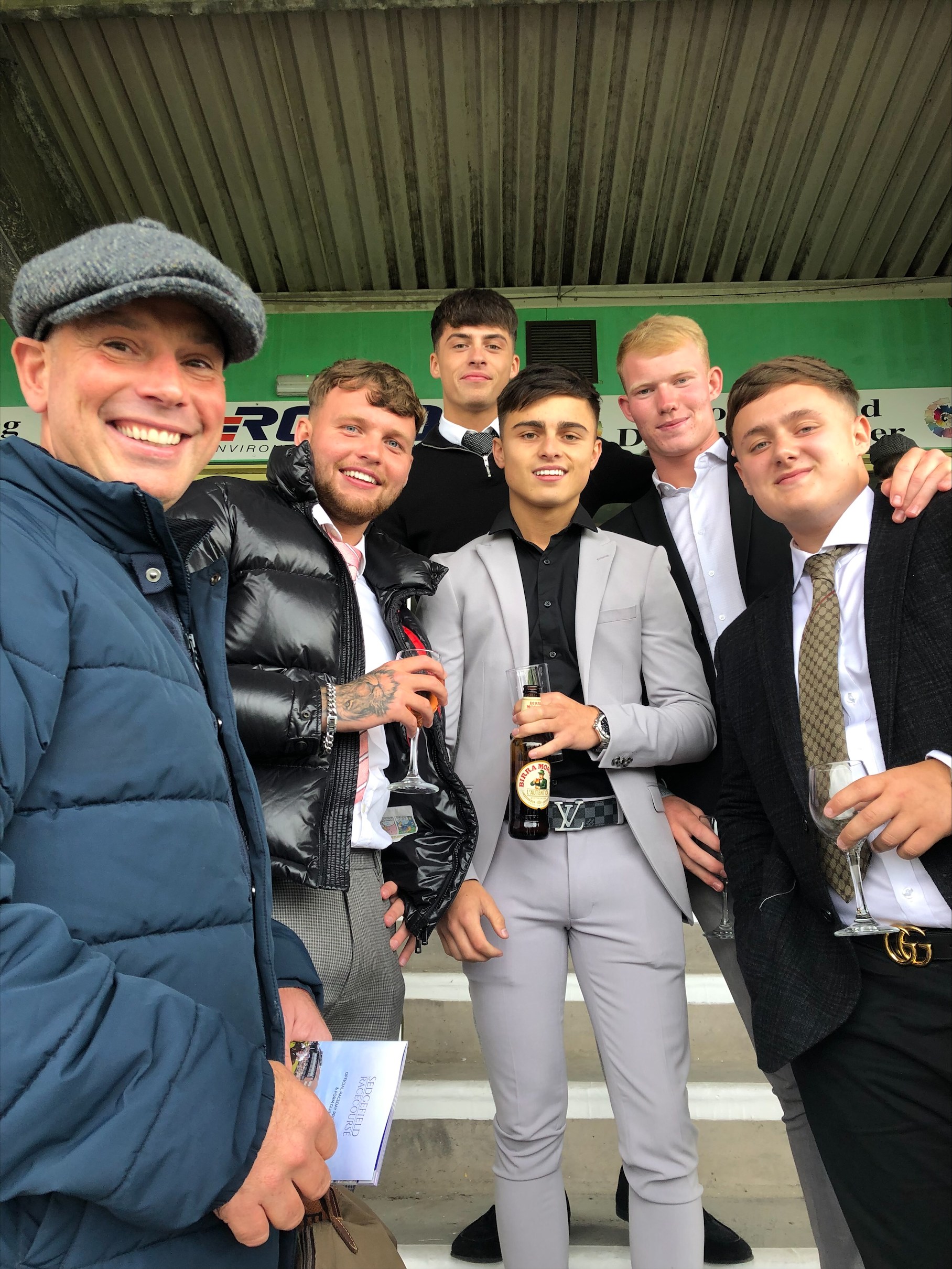