A quiet week on the racing front but the workload at the yard remains the same which constantly reminds us how grateful we are for all our dedicated stable staff who continue to nurture the horses whether they are racing or not.

Sam Cottrill is back from his four week Foundation Course at the British Racing School in Newmarket where he excelled and we much look forward to seeing all he has learnt put into action. Sam is a talented young rider and it is very good to have him back.

On Sunday 10th March Tom Forsyth rode Ground Control at the College Valley and North Northumberland Point-to-Point which was held at Alnwick.   This was the horse’s first racecourse appearance and he jumped and travelled well. Tom sensibly pulled him up two out when the pace quickened up as the ground was remarkably good and this horse would be much more suited to heavy ground.   However, it was a very good introduction to racing.   There were blizzards all around that day but Alnwick was an oasis of calm!

Also on the 10th March For Three with Steven Fox ran in the 2 mile ½ furlong Maiden Hurdle at Musselburgh.   He won best turned out but the fast, tight course did not suit him and he was not able to make up ground gradually.   However, he did well and was only beaten eight lengths to finish fifth.   Next time we will run him on a more galloping track.

The going was heavy at Hexham on Thursday 14th March when Lucy Alexander rode Into the Breach in the 2mile 4 furlong Maiden Hurdle. He won best turned out for Daina and jumped very well.   However, he did not handle the undulating track and was pulled up two out. 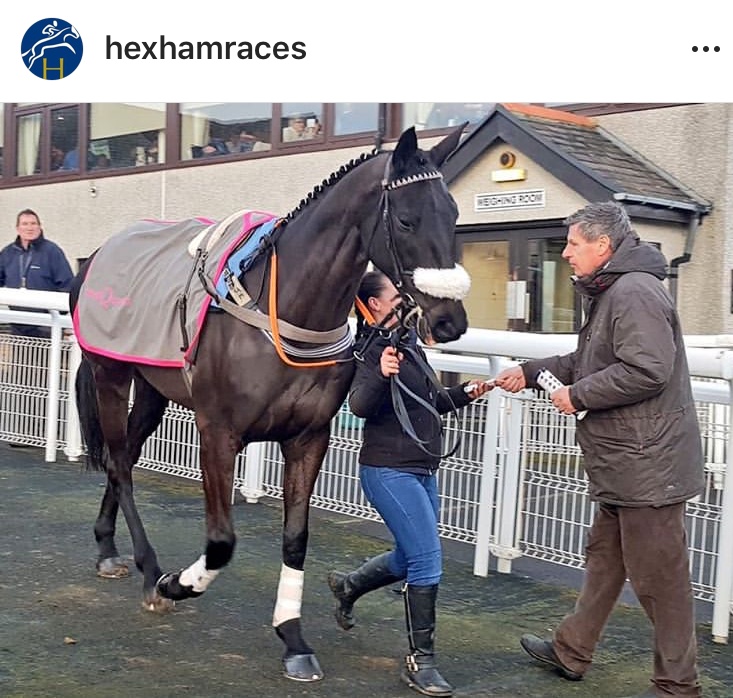 At Newcastle on the 16th March Ueueteotl ran another gallant race under Brian Hughes to come second in the 2 mile 7 ½ furlong Handicap Chase. Jumping superbly in the heavy ground, he was beaten by 18 lengths but he prefers better going and came up against a well handicapped Yorkshire raider.

Ca Le Ferra with Steven Fox also ran at Newcastle in the 2 mile 4 furlong Handicap Chase and battled tenaciously against the heavy going and severe head winds up the home straight to be third.   Only three horses finished the race and if his handicap could drop, he would be well deserving of a win in novice company. 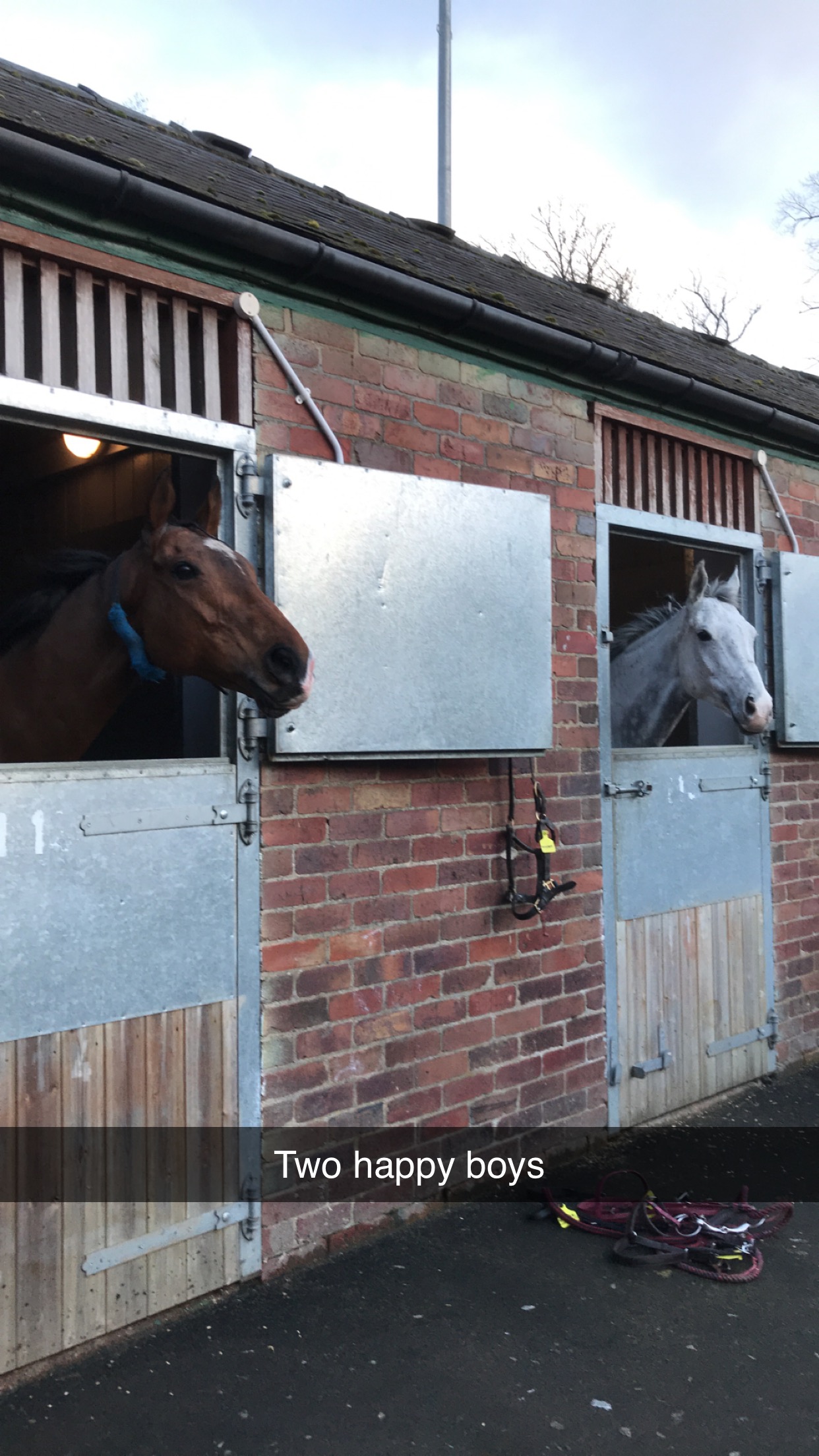 On Sunday 17th March at Carlisle, Bingo D’Olivate was ridden by Steven Fox and won another best turned out for Gemma. He was rather keen for the first mile but jumped very well and stayed on at one pace to come in third beaten by 7 ¼ lengths. This was a good effort and he was giving the winner over two stone in weight. We will consider fitting a hood next time to help him settle. 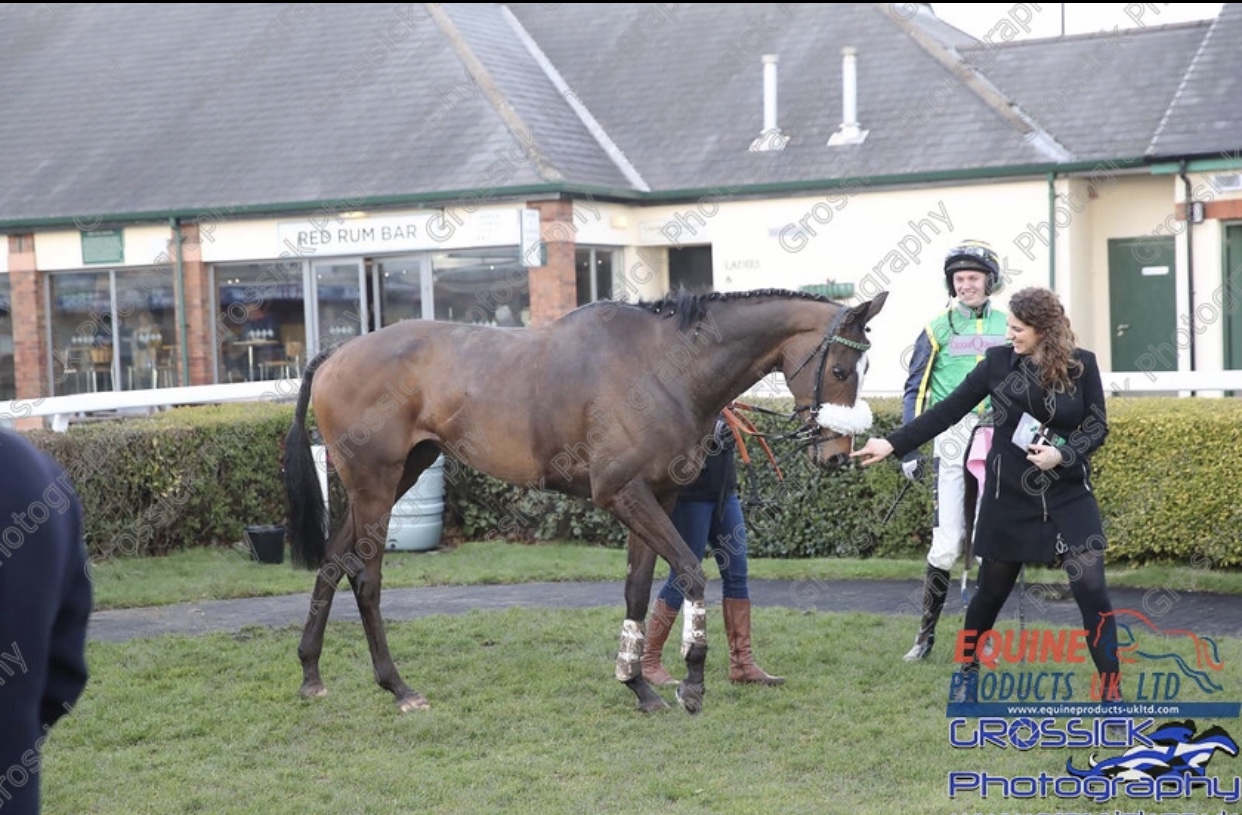 Bingo D'Olivate after his race at Carlisle

As always, Cheltenham produced some wonderful stories and with the rain changing the going, inevitably there were some surprises.   Thursday 14th March was special with Bryony Frost’s brilliant ride on the gutsy Frodon to win the Ryanair and Paisley Park living up to expectations in the Stayers’ Hurdle to give his inspiring owner Andrew Gemmill, trainer Emma Lavelle and jockey Aidan Coleman their proudest moment.

This was a meeting for the girls as Rachael Blackmore notched up two wins and Lizzie Kelly recorded her second Festival win. There was just reward too for Paul Townend winning the Gold Cup on Al Boum Photo after his incident at the Punchestown Festival, giving the legendary Willie Mullins his first win in this race.

This week is busier with entries coming up at Haydock, Sedgefield, Musselburgh, Kelso and Carlisle.