Since Sao Maxence’s win at Carlisle on 17th February, the horses have not been producing quite the results we were hoping for.   This has been due to a variety of reasons but there have been some encouraging runs.   We still have plenty to look forward to as the ground improves and we can run our horses who prefer better going.   Due to the Coronavirus we are not sure what the future holds but the meeting at Kelso on Monday will not be open to the general public and Musselburgh may follow suit.

We had plenty of runners on Saturday 29th February.  Ascot de Bruyere (bto) ran in The Grimthorpe Chase at Doncaster but sadly he was brought down at the 14th just when  he was starting to move into contention. 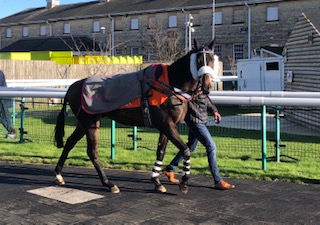 Ascot de Bruyere in the paddock at Doncaster

At Kelso on the same day the going was very heavy.   We had another bto with Calix Delafayette in the Cyril Alexander Memorial Chase but his chance ended when Lucy Alexander came off four out.   Then Black Pirate unfortunately sustained an injury in the 2 mile 6 ½ furlong Handicap Hurdle but we hope he will make a full recovery before next season.  Dunly is not a very big horse and once again he had to carry 11 stone 12 lbs in the 2 mile Chase.  With the very testing ground he found this too much and probably needs to drop in the handicap to recapture his previous form. 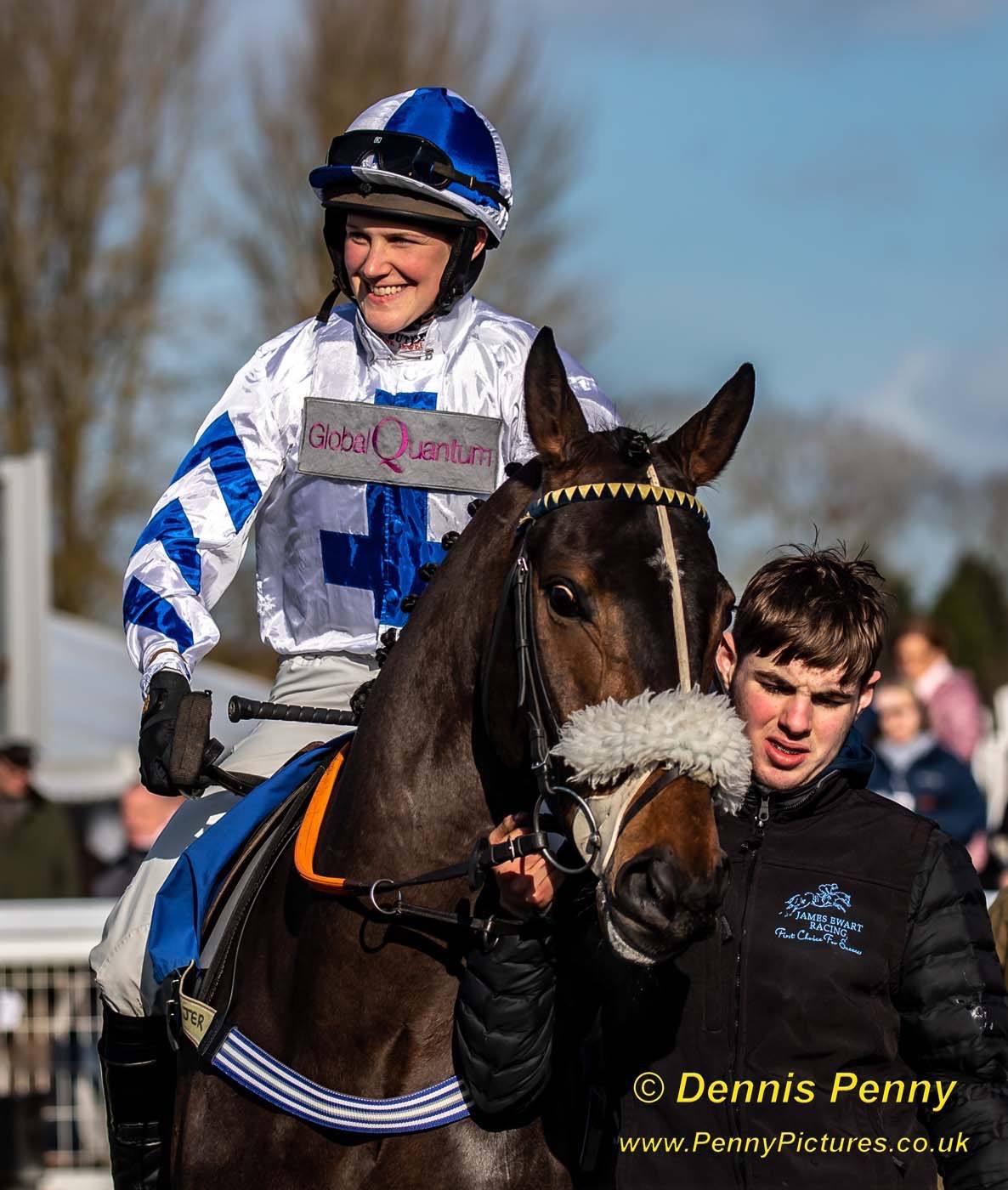 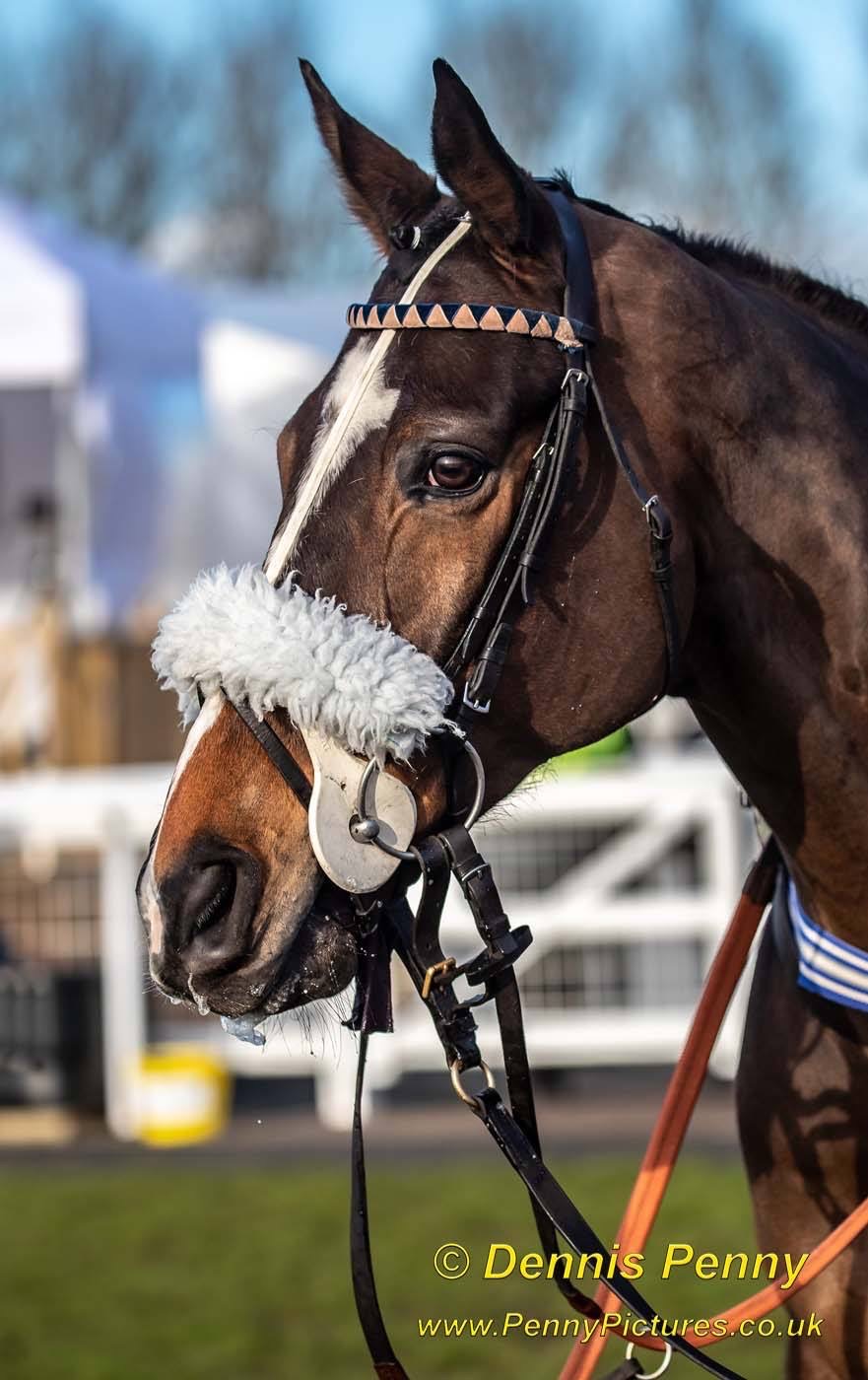 On Monday 2nd March at Wetherby Un Guet  Apens  did not travel at all in the 2 mile 3 furlong Handicap Chase and after 6 fences Brian Hughes pulled him up as he was clearly telling us that aged 12 he wanted an honourable retirement!   We have had him since he came over from France as a three year old and he has been a pleasure to look after and with five wins has given us plenty of fun so we will find him a five star home.

The following day on Tuesday 3rd March at Newcastle, Bingo D’Olivate (bto) failed to perform at all in the 2 mile Handicap Hurdle and this was surprising after his Carlisle run but maybe the race came a bit too soon?

At Kelso Beat Box ridden by Brian Hughes ran an encouraging race in the 2 mile Juvenile Hurdle and was unlucky to come up against a highly rated horse trained by Paul Nicholls.  He did not appreciate the very gluey conditions but jumped well  to finish third and after a break, we will look and see what handicaps are available for him. 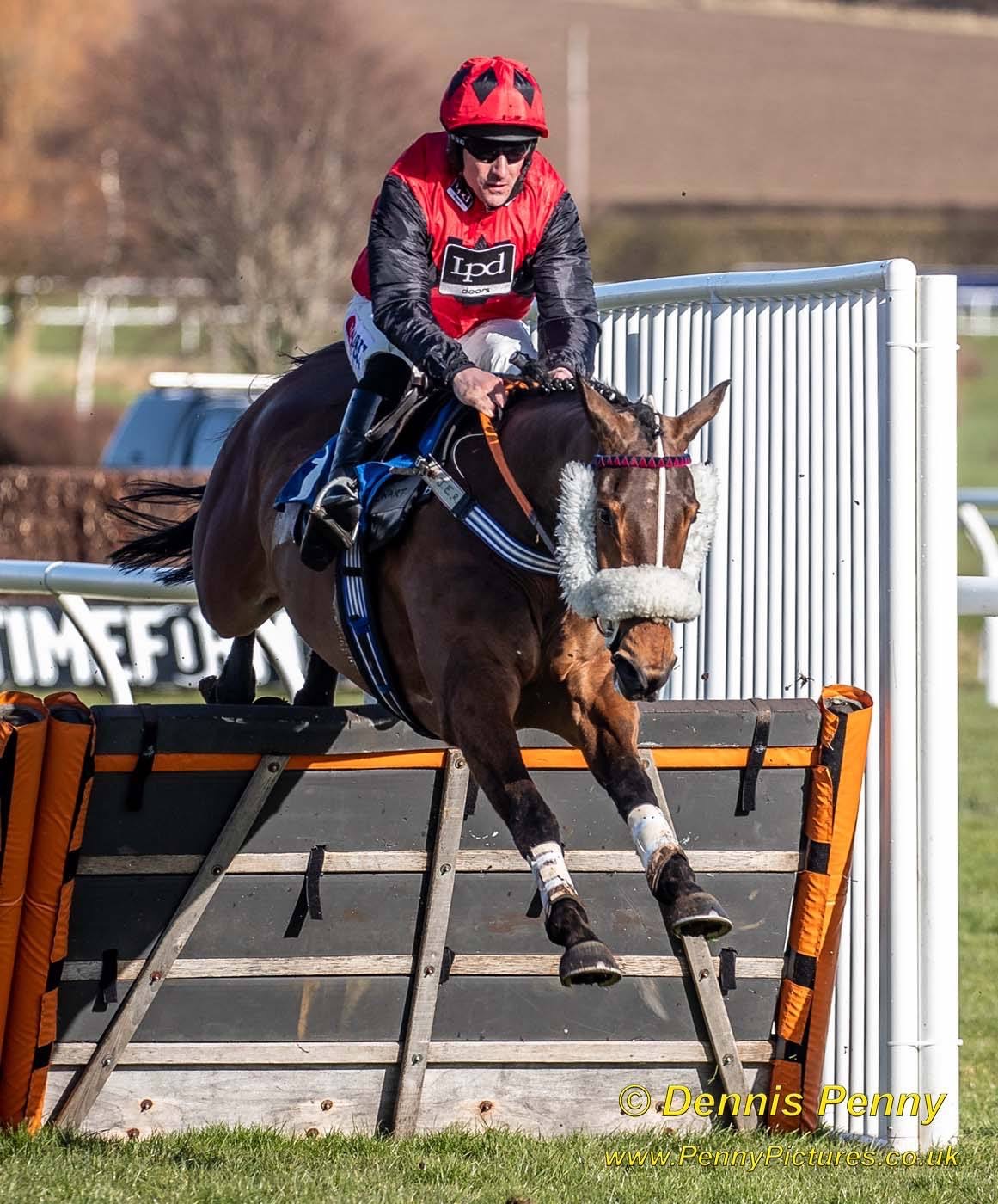 Bluefortytwo ran in the 3 mile Maiden Hurdle at Wetherby ridden by Brian Hughes.  He jumped and travelled well for a long way but couldn’t go with them when the pace quickened on the heavy ground.  He needs better ground and may now go Novice Chasing.

Our other runner at Newcastle  was Muhtamar with Nathan Moscrop up in the Bumper.   This was only his second run and was a promising effort.  He won best turned out and was a little free to start with but Nathan managed to get him settled at the back and he ran on well towards the end to finish fourth. 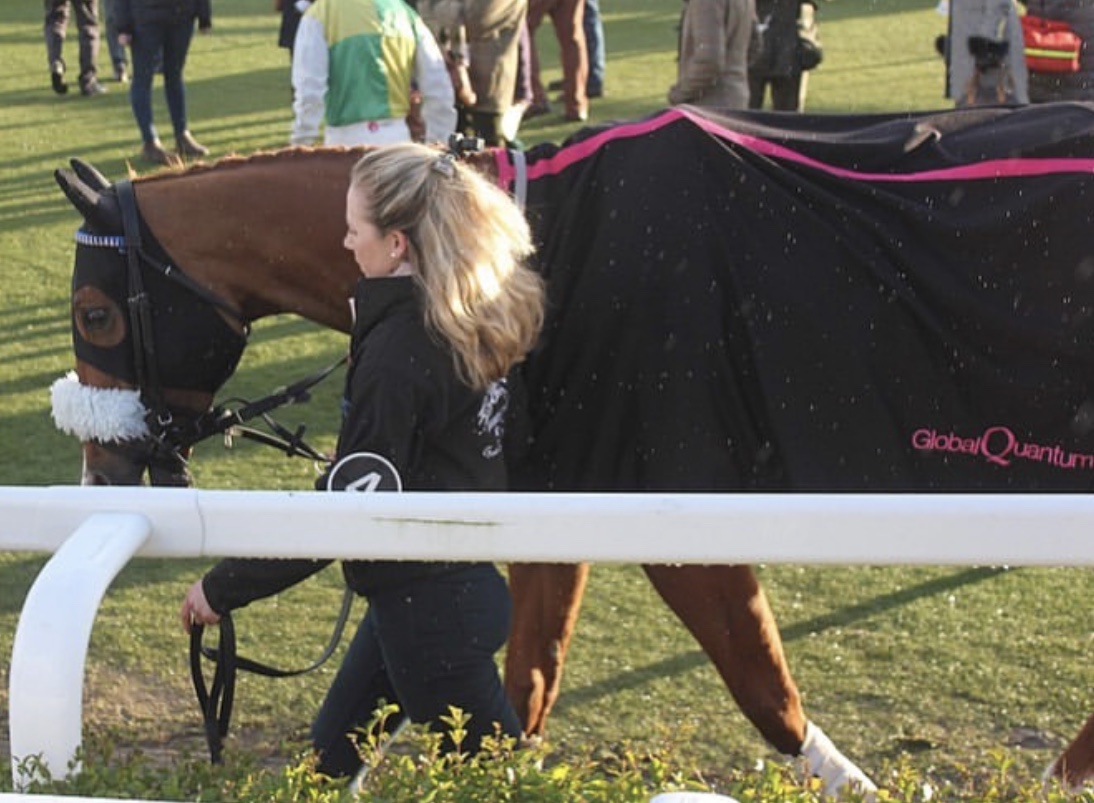 Muhtamar in the paddock at Newcastle

At Carlisle on Thursday 5th March Ettila de Sivola was running over 2 miles 4 furlongs for the first time.  This was another bto for us and Brian Hughes settled him nicely on the inside.  His jumping was very sound if a little big and safe on occasions but he will become more economical with experience.  The ground was very heavy and according to one senior groundsman the worst at Carlisle for 30 years.   Over the longer distance, this may have just found him out towards the end but he stayed on well and was only beaten 6 ¼ lengths to finish third. This effort over the distance will give us more options for the future with both tracks and distances.

We hope everyone enjoyed the excellent covrage of the Cheltenham Festival which as always was a wonderful celebration of passion for our horses!   Charmant flew the flag for the yard on Wednesday 11th March in the Brown Advisory & Merriebelle Stable Plate Handicap Chase.   Ridden by Denis O'Regan he jumped very well but everything happened a bit too quickly for him.   However, he is now safely back home and looking forward to another day. 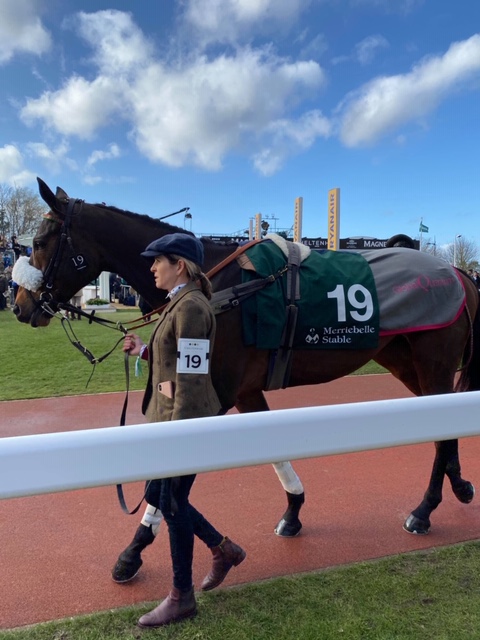 Charmant in the paddock at Cheltenham

We have entries at Carlisle, Kelso, Wetherby and Haydock over the next week but whether owners will be able to attend the English meetings remains to be seen.