We Are All Up Beat!

A month has passed since our last blog and as so much has happened we are going to concentrate on highlighting some notable points.

It was heartening to have another winner in this Christmas week and we are particularly pleased that Beat Box was ridden by Alan Doyle making this his first win for the yard. 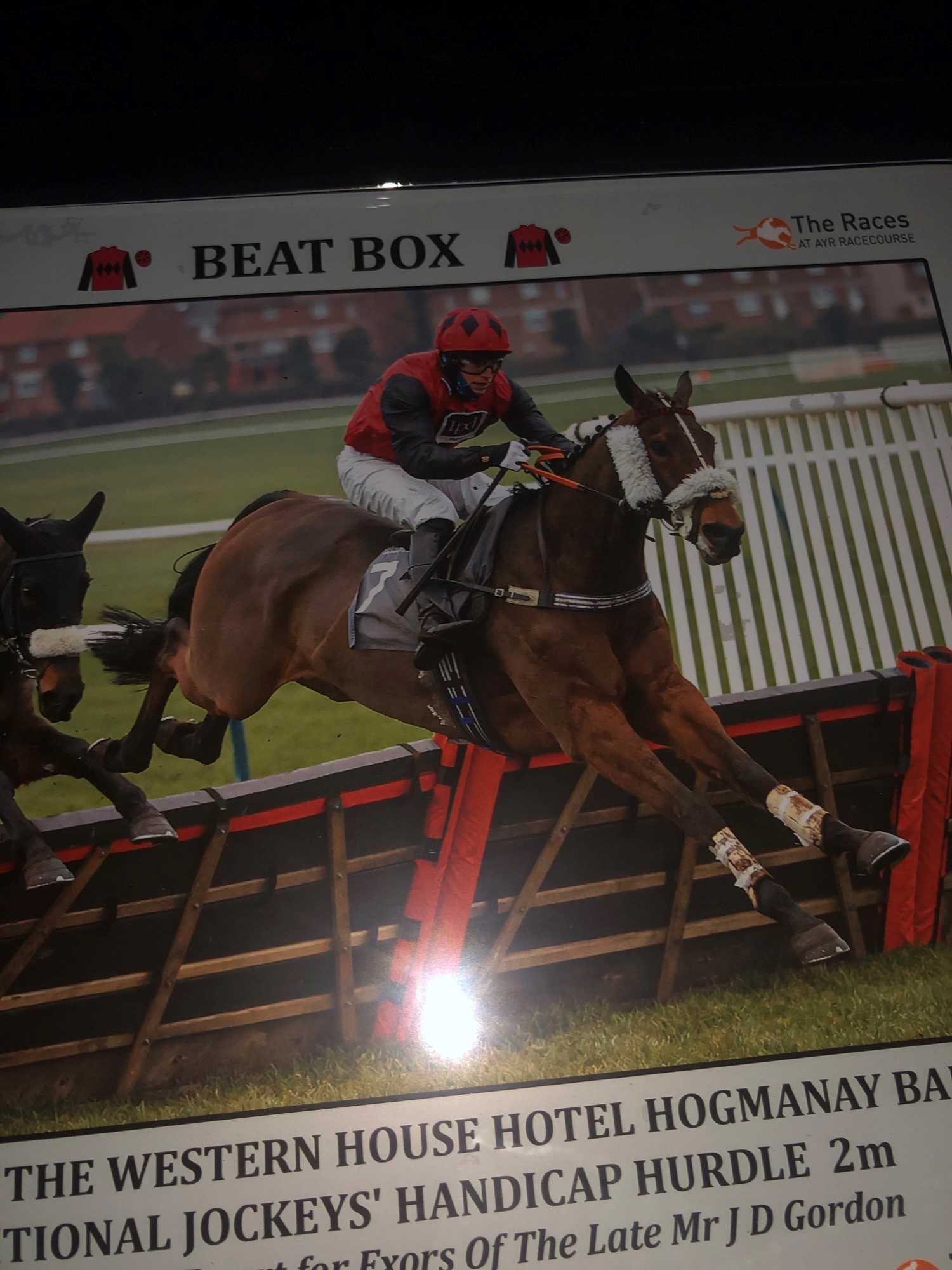 Storm Arwen caused a good deal of destruction closing the road out of Langholm up to Craig with fallen trees and this took some time to clear.   The A7 was also badly affected.

The Road to Langholm after Storm Arwen

Brayhill had his third run over hurdles at Musselburgh on 6th December and was ridden by Alan Doyle.   We were keen for him to have one more hurdle race before going chasing and he ran another good race to come third only beaten by 5 ¼ lengths and he will be better suited by a more galloping and stiffer track. 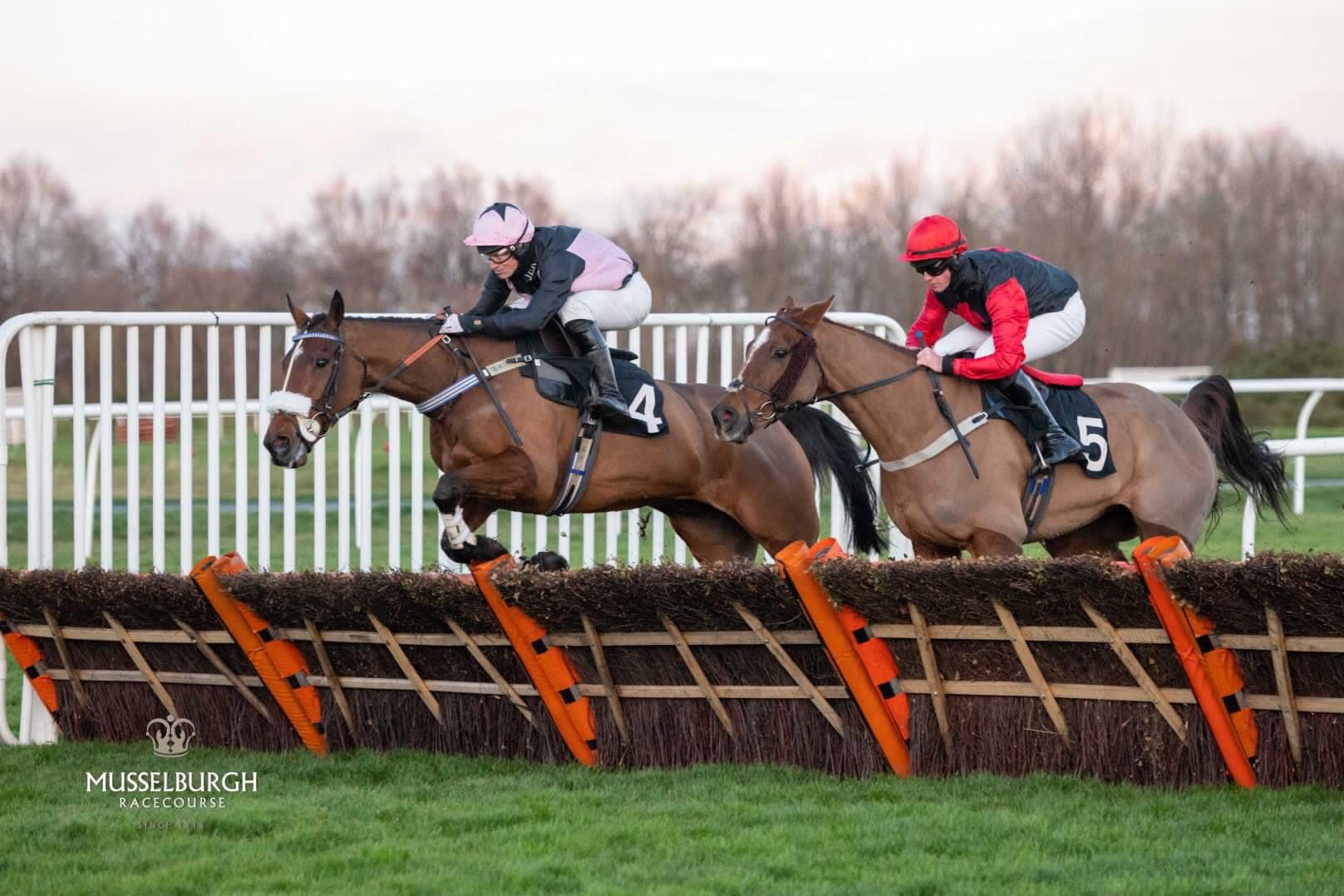 Brayhill with Alan Doyle at Musselburgh

It was a great achievement to get Fast Scenic (Brian Hughes)  to Hexham on 8th December as he had been written off by many people including the vets.  He jumped very well but just found the going too testing.

Fast Scenic with James at Hexham

The Hexham ground was also not suitable for Ettila de Sivola ridden by Brian Hughes who had made such a promising start to the season in his previous race and we will avoid extremes of going in the future.

It was tough going at Hexham

This week at Musselburgh on the 20th December,   Hold Onto The Line on his racecourse debut made a promising start to come third in the Maiden Hurdle.  He looked a picture in the paddock to win bto for Rosie and jumped extremely well in the hands of Alan Doyle.  He needs a longer trip and is destined to become a chaser. 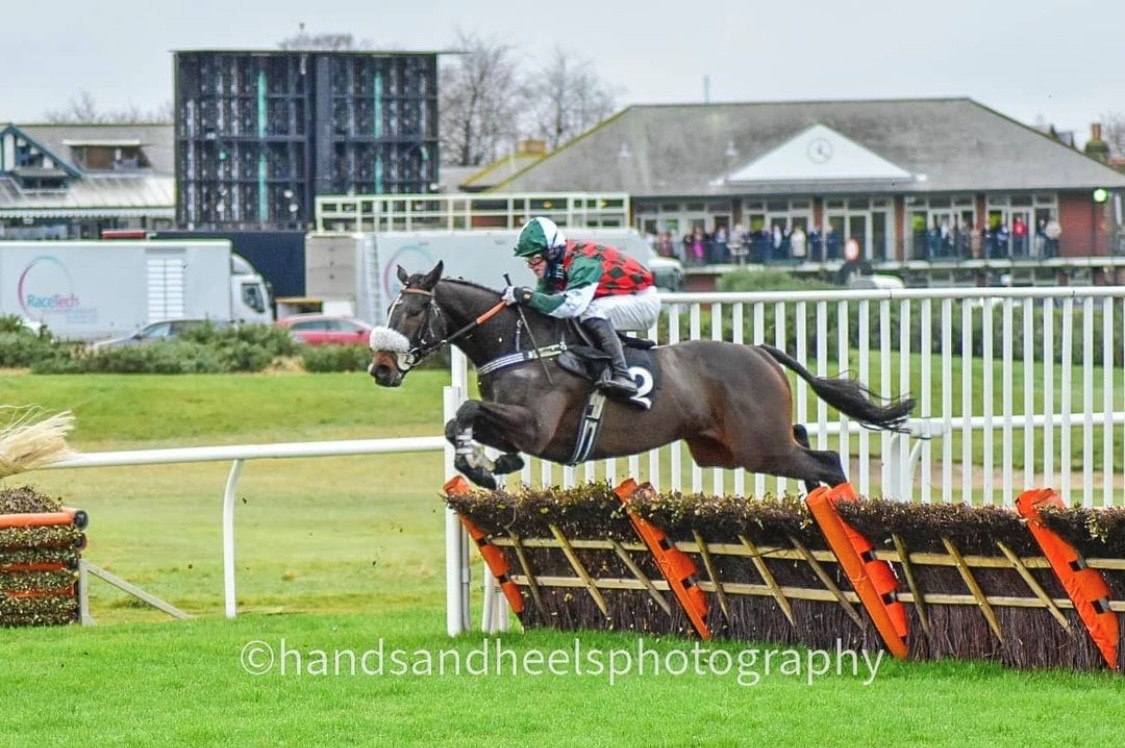 Hold Onto The Line with Alan Doyle at Musselburgh

The next day at Ayr on the 21st December, Beat Box had dropped to a more reasonable mark in the 2 mile Handicap Hurdle.  Alan Doyle settled him towards the rear of the field and he gradually grew in confidence to come right off the pace and triumph by six lengths.  This was a great win for Alan and so well deserved.  Also a welcome win for the late Jim Gordon’s family.

Another of our young horses Benack ridden by Calum Bewley ran well in a competitive Novice Hurdle at Ayr and he also will be seen to better effect over fences.  He is owned by the Team Benack syndicate and there is one share remaining.  Maybe an ideal Christmas present that doesn’t need wrapping!

Juge et Parti (Brian Hughes) never lets us down but he is high enough in the handicap now and came fourth in the feature 3 mile chase at Ayr so another good run from him.

Sadly as Covid rules our lives again we are back to restricted numbers at racecourses but we hope to have runners at Catterick on 28th December and Kelso on 29th December.

We wish you a very Happy Christmas and New Year and thank you all for your continuing support.