The horses are continuing to run well with Lord Roco winning at Newcastle and Escapeandevade running another very good race at Wetherby.   Below are some interesting statistics for James and Alan Doyle. 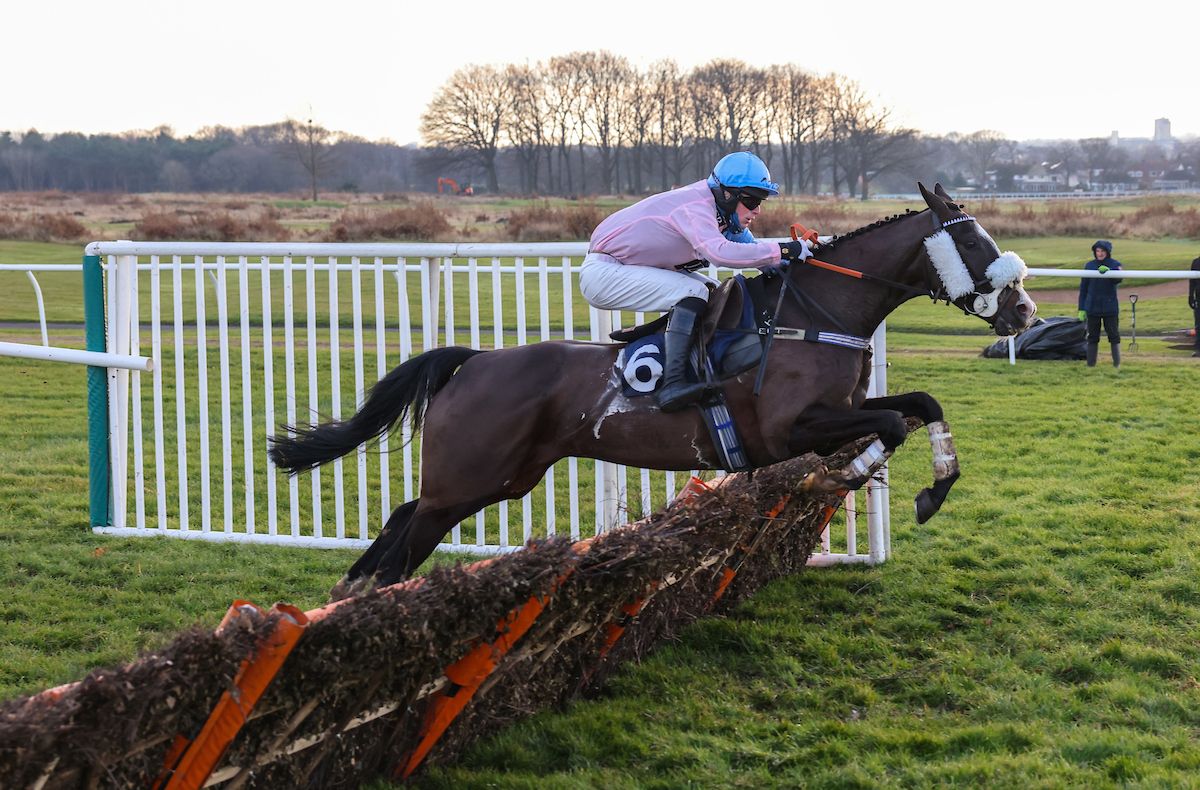 Alan Doyle £13.58 to a £1level stakes riding for James Ewart in handicap hurdles this season.   5 wins from 19 rides.

There was a huge turnout for Margaret Graham’s funeral on Tuesday 25th January at Carlisle Crematorium.   Hers was a life well lived and shared for almost 60 years with Wilson.  She will be very much missed and we remember the happy times spent with her.

It was so foggy at Wetherby that it was hard to see what was happening but Escapeandevade with Callum Bewley led for most of the way in the 2 mile 3 furlong Novice Hurdle.   He was headed two out by the progressive and unbeaten winner who is rated 133 and is Cheltenham bound so this was a competitive contest.  The race maybe came a bit too soon but  Escape has come out of it well and now has a mark of 122 and we hope he can win another Northern Novice Hurdle before being prepared for Novice Chasing next season.

After Lord Roco’s second to Escapeandevade last time we were hopeful he would run well in the 2 mile 4 furlong Novice Hurdle but to win by four lengths was a big step forward.   He was given a great ride by Alan Doyle who was always in the right place and produced him perfectly to win nicely.  He is now rated 119 and is a tough individual who should make up into a chaser. 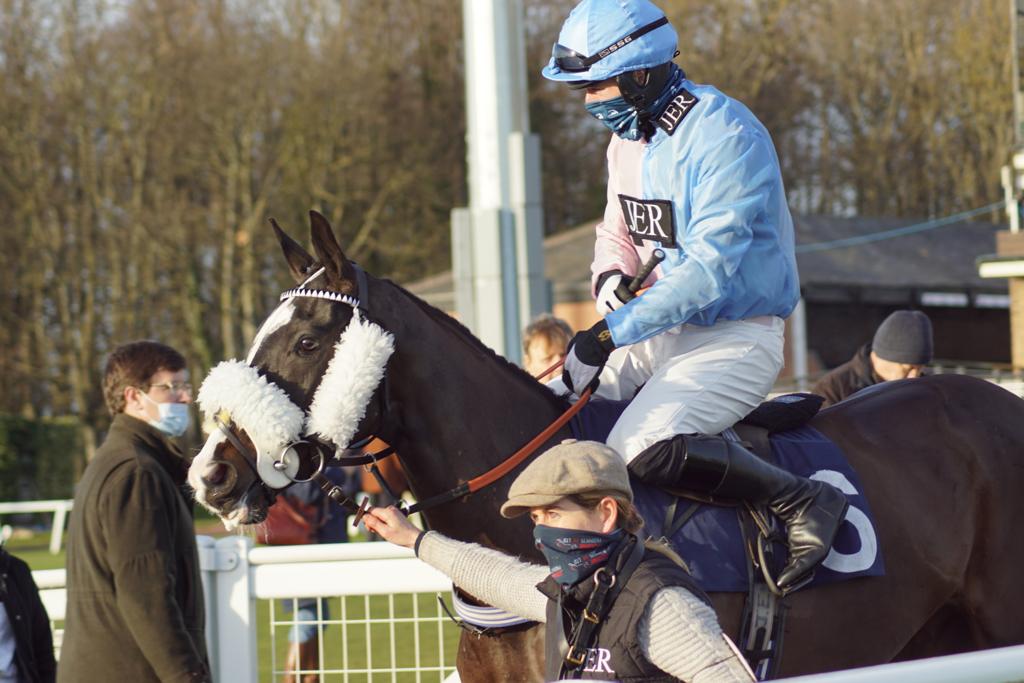 Lord Roco with Briony and Alan at Newcastle

It was very good to have Sao Maxence (Alan Doyle) back on the track in the 1 mile 7 furlong Handicap Hurdle.  This talented horse has come back fit and well after a long lay-off and won BTO for Rosie.   Unfortunately, the ground was beginning to dry out and was rather patchy which was not to his advantage.   Alan positioned him well on the inside before pulling him out up the straight for a strong finishing run.   Unfortunately, he pecked after three out which cost him momentum but he ran to the line to finish fourth in this competitive race with the others 12 lengths behind him.  So this was a good run and we look forward to running him on more testing ground.

We have entries coming up at Newcastle next week.