Smithy’s birthday – All had a night out for James Smiths 21st at the Eskdale Hotel (well I was sat in the car but had some of the left over’s) Smithy has had a good run 4th (Dalston) and 2nd on Melua Maid (Wetherby) and 2nd on Vosges let’s hope he can go one better tomorrow at Towcester. 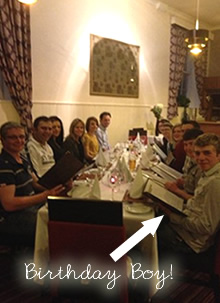 Burrowing – couldn’t resist another go down a hole just to keep everyone on their toes managed to wriggle out myself this time and David and Alison have a nice new onesie for after my bath now which is all the rage apparently! 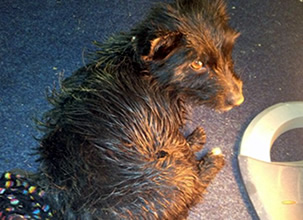 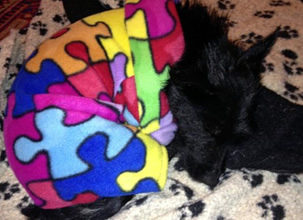 Five-Timer? - Sleep in First is having a great time of things as well and we hope that he can do the 5-timer tomorrow (a first for us) at Kelso. We are putting a syndicate together now in this game improver who will head up to Perth next.

Grant – we managed to secure a grant towards the new lorry thanks to the CX Project and Chris Churms so look out for the press release out soon, but for now we took a overdue photo of the team! 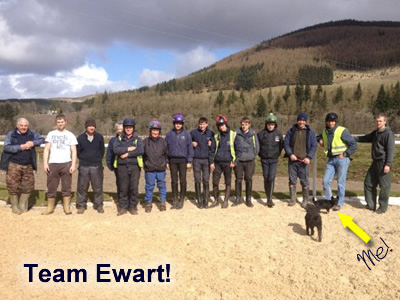 Come on its the end of the season if we look a little fatigued! – (David Foster - my pal is Saly the French poodle bred by a couple of friends at Mr Macaires yard – she loves football chasing stones and eating snails).

Thanks to Ailson Marshall for the Dunkin’ Donuts run round the Edinburgh drive thru’ must go one day always have great fun at McDonalds barking my order and then trying to jump through the hatch.

Well done Sacre Toi for doing the 4-timer he is away to grass next week for a well earned break. Dale Irving and Dan Brown are away to France and have also done the yard proud this season.

We have a nice horse in for the flat – Son Du Silence who will go into the Craig Farm Syndicate for some summer fun – a few spaces available only £25 per week.

Towcester and Kelso tomorrow let’s hope we can start the new season off with a good day – wonder where I will be going? - Hopefully not left behind to keep the ship floating! 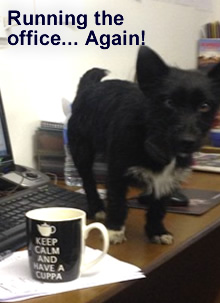